The Plates of Brass Yet to Carry Out a Great Mission 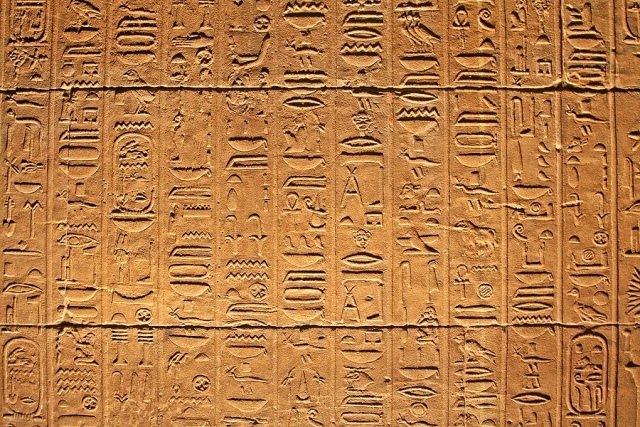 Maurine or Scot Proctor are doing an article every Tuesday on the Book of Mormon to accompany your scriptures studies this year.

One of our favorite and most well known stories in the Book of Mormon is that of Nephi and his brothers going back to Jerusalem to obtain the plates of brass.  Lest we miss a great deal of the message about these amazing ancient scriptures, let us explore a few things that the Book of Mormon has to say about them.

Plates of Brass in the Ancient Box

In my last article concerning the Three Witnesses of the Book of Mormon , we saw that when Oliver Cowdery, David Whitmer and Martin Harris were given the heavenly vision and shown the golden plates from whence the Book of Mormon was translated, they were also shown a number of other ancient artifacts.  In addition to the gold plates, the Angel Moroni showed them the breastplate, the Urim and Thummim, the Liahona that was given to Lehi to guide them through their wilderness journey to the promised land, the sword of Laban (I’ll do an entire article on this sword) AND the plates of brass.  It’s interesting to note that all of these items were contained in the ancient box that the Prophet Joseph was directed to find on the west side of the Hill Cumorah, not far from the top (see Joseph Smith History 1: 51, 52).[i]

Value of the Plates of Brass

The whole story of Lehi’s sons being commanded of the Lord to return to Jerusalem to obtain the plates of brass has an underlying and powerful message for us all.  This was no small task to return to Jerusalem from where Lehi and Sariah and their family were now camped in the Valley of Lemuel.  Based on the record, they had come to the fountain of the Red Sea (the Gulf of Aqaba) and then gone three days journey into the wilderness.[ii]  This would place them approximately 14 days of camel travel (I will also do an article of camels in the Book of Mormon) from Jerusalem-one way!  That means that to obtain the plates of brass, the sons of Lehi and Sariah would have been gone from their parents no less than a month to obtain the plates of brass.  How important were these plates of brass anyway?  That is the point of the story.  They were everything.  These were the Holy Scriptures.  They contained the five books of Moses, and a record of the Jews from the beginning even down to reign of Zedekiah when Lehi and his family left Jerusalem.  They also contained a genealogy of the lineage of the tribe of Joseph of Egypt.[iii]  This was a record of inestimable value and the story of obtaining them emphasizes this over and over.

We see from the record concerning the people of Mulek that when the people did not have the scriptures great darkness ensued:

“Behold, it came to pass that Mosiah discovered that the people of Zarahemla came out from Jerusalem at the time that Zedekiah, king of Judah, was carried away captive into Babylon.  And they journeyed in the wilderness, and were brought by the hand of the Lord across the great waters, into the land where Mosiah discovered them; and they had dwelt there from that time forth. And at the time that Mosiah discovered them, they had become exceedingly numerous. Nevertheless, they had had many wars and serious contentions, and had fallen by the sword from time to time; and their language had become corrupted; and they had brought no records with them; and they denied the being of their Creator; and Mosiah, nor the people of Mosiah, could understand them.”

Without the scriptures the people of Mulek not only lost their language but more importantly, their knowledge of God.  What a tremendous loss!

Were the plates of brass smaller or larger than our modern-day Old Testament?

Later in the Book of Mormon we learn more about their size and also the great importance of the plates of brass.  In Nephi’s great vision (see 1 Nephi 11-14), the angel of the Lord explains to Nephi the importance of “a book” that will go forth among the people of North America sometime after Columbus.  Nephi records:

A careful reading of the above scripture shows us that the Bible and the plates of brass are similar in many ways except that the Bible is a much smaller record!

Some of the Prophets in the Plates of Brass

This reminds us that the plates of brass contained many, many words and prophecies that we do not yet have, including the prophecies of Joseph of Egypt.  Lehi gives us insight into these particular prophecies:

“For behold, he [Joseph] truly prophesied concerning all his seed.

And the prophecies which he wrote, there are not many greater. And he prophesied concerning us, and our future generations; and they are written upon the plates of brass” (See 2 Nephi 4: 2).  Stunning!  The prophecies of Joseph-there are not many greater!  Looking at the character and nature of Joseph of Egypt we can well imagine that he was filled with the spirit of prophecy and recorded many wonderful and powerful revelations.  These are contained in the plates of brass.

Of course, we have a few of the prophecies of Zenos and Zenock.  These prophets were direct ancestors of Lehi and his family.  “Yea, the prophet Zenos did testify of these things, and also Zenock spake concerning these things, because they testified particularly concerning us, who are the remnant of their seed” (see 3 Nephi 10: 16, emphasis added).  Elder Bruce R. McConkie gave us a powerful witness of the Prophet Zenos:  “I do not think I overstate the matter when I say that next to Isaiah himself-who is the prototype, pattern, and model for all the prophets-there was not a greater prophet in all Israel than Zenos.  And our knowledge of his inspired writings is limited to the quotations and paraphrasing summaries found in the Book of Mormon.”[iv]  All of these things get us quite excited about the plates of brass.

Will we ever have access to the plates of brass?

Alma the Younger, as another witness, gives us further insight into this prophecy and mission of the plates of brass:

Behold, it has been prophesied by our fathers, that they should be kept and handed down from one generation to another, and be kept and preserved by the hand of the Lord until they should go forth unto every nation, kindred, tongue, and people, that they shall know of the mysteries contained thereon…And now remember, my son, that God has entrusted you with these things, which are sacred, which he has kept sacred, and also which he will keep and preserve for a wise purpose in him, that he may show forth his power unto future generations…For he will fulfil all his promises which he shall make unto you, for he has fulfilled his promises which he has made unto our fathers.  For he promised unto them that he would preserve these things for a wise purpose in him, that he might show forth his power unto future generations. And now behold, one purpose hath he fulfilled, even to the restoration of many thousands of the Lamanites to the knowledge of the truth; and he hath shown forth his power in them, and he will also still show forth his power in them unto future generations; therefore they shall be preserved” (Alma 37: 4, 14, 17-19).

The plates of brass were kept “for a wise purpose” in the Lord that he might
“show forth his power unto future generations.”  When the plates of brass will come forth and go unto “every nation, kindred, tongue, and people” is yet to be seen.  Surely the prophecies of Joseph of Egypt, Zenos, Zenock, Neum (see 1 Nephi 19: 10), and the fullness of the prophecies of other great prophets will all come forth as further witnesses of Jesus Christ in these times of the restitution of all things.  The Lord will continue to bring forth witnesses living and dead to testify of Him and to invite all to come unto Him and be saved.

[i] See also Backman, Milton V. Eyewitness Accounts of the Restoration. Deseret Book Company, Salt Lake City, Utah, 1983, p. 53.  Catharine (or Katharine) Smith Salisbury (Joseph’s younger sister) spoke of this time: “I well remember the trials my brother had, before he obtained the records. After he had the vision, he went frequently to the hill, and upon returning would tell us, ‘I have seen the records, also the brass plates and the sword of Laban with the breast plate and interpreters.’ He would ask father why he could not get them. The time had not yet come.”

Thank you so much for this article - finishing my lesson for Sunday School Gospel Doctrine and this helped answer some questions for me AND gave me some information that was beyond what I was seeking, but so very useful. I really appreciate you taking the time to put this information together - can't wait to share some tidbits with my class tomorrow! :)