But the Book of Mormon Repeats Itself! | Meridian Magazine

But the Book of Mormon Repeats Itself! 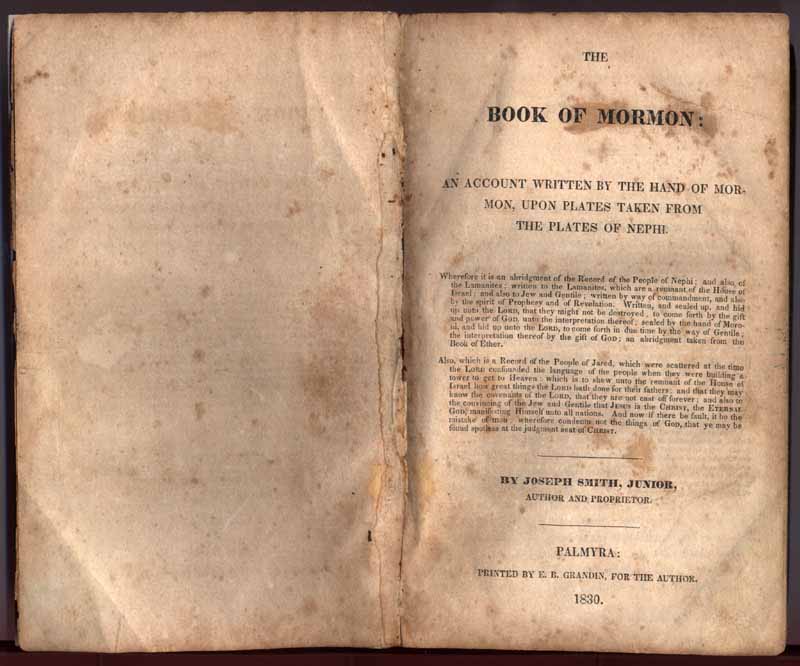 A neighbor of mine is taking the missionary discussions and just began reading the Book of Mormon, right along with all of us starting the new Book of Mormon Sunday School course.  In our last discussion it didn’t take her long to spot some repetition.

My eyes lit up and I wanted to say, “Isn’t that cool?”  So I told her, and I’ll share with you, why I think repetition is such an exciting find.*

Let’s start where we are, as English speakers and readers.  Years of schooling have taught us what makes tight, snappy writing.  Language Arts teachers have made us boil down book reports and edit essays until we could do it in our sleep.  Redundancy is not tolerated in the written word, and is even skewered in our conversations when you hear someone say, “You’re repeating yourself.”

This is our inheritance as users of English.  It’s as if we care more about saving time, paper, and ink than in the possible poetry of the writing. But the ancients from the Middle East, who laboriously carved their words into brass and gold, and who had more reason than we to be succinct, saw things differently. To them, another whole set of literary rules applied.  Repetition was prized, like the beautiful chorus of a favorite song.  Rhythm mattered. It showed education, rank, and the ability to communicate well.  You didn’t just spill the events out crudely and quickly, like some unplanned regurgitation; you crafted it.  Great thought went into the telling of every story.

In some cases, you described something forwards and then backwards.  This is called chiasmus.  It was not well known among scholars until 1942, when it was found all through the Bible.  This inversion of a sentence created a sort of mirror image in a kind of A B B A construction.  A simple example is “the first shall be last, and the last shall be first.”  Clever writers could do this with long sections of scripture, and other very old literary works.  In 1969, not surprisingly, it was also found throughout the Book of Mormon, which was written by Hebrew descendants who knew this poetic style.  The entire book of Alma 36 is a chiasmus, possibly the greatest one ever written.  If chiasmus intrigues you, there are dozens of online sites to take your studies further.

But there are other ways the Book of Mormon seems repetitious.  Look on page 2, at how many paragraphs begin with the word “And.” It’s eleven; all of them.  Isn’t that considered poor writing in our culture?  A casual reader might think so.  But ancient Hebrew had no punctuation, no vowels, not even any spaces between words.  You had to create breaks in the narrative by using a defining word, to alert the reader that one sentence has stopped, and another one had started.  It was the manner of the Near East to write this way.  “And it came to pass” is also a Near Eastern convention, not just one writer’s habit.

Another Semitic method of writing, foreign to English folk, is to say, “dreamed a dream,” or “saw a sight,” or “built a building.”  Paul Y. Hoskisson, an assistant professor of ancient scripture at BYU, pointed out that frequent use of such phrases indicates the book’s Near Eastern heritage.  But if you were a book editor working in the English language, and you came across these cognitive accusatives, you’d probably say “dreamt” or just “dreamed,” because it’s obvious that a dream is what you dream.

Early Hebrew also did not have the grammar construction to say, “brass plates,” which is why we see “plates of brass.”  Again, a sharp line editor would fix that in a hurry.

And there are several Near Eastern customs in this first section of the Book of Mormon, as well:

>  Drawing lots was the common, fair way to choose a person to perform a task.  Whoever picked the short straw was “it.”  This is found throughout the Old Testament.

> Any direction away from Jerusalem was down.  To us, down is south and up is north.  But Jerusalem, where the temple stood, was considered the highest ground, symbolically.

> People there thought of valleys, not mountains, as firm and strong.  Thus when Lehi expresses his wish that Lemuel will be firm and steadfast in his obedience to the Lord, he naturally compares him to the valley. It was also traditional to name new areas after one’s children (and in birth order).

> Desert people distinguished between dry river beds and rivers of water. So when the family pitches a tent beside a “river of water,” it again shows Semitic authenticity.

> When Nephi tells his brothers that they will get the plates from Laban, and they will absolutely not return to their father empty handed, he invokes a very binding oath to the Semitic people.  He says, “As the Lord liveth and as we live.”  There is no modern equivalent for this strong of a promise today.  You could say, “I double promise and I pledge to die if I’m wrong,” but you’d never get the same reaction because our society doesn’t recognize such absolute claims.  Near Eastern people, however, understood this sacred oath, and it was even used again to convince Laban’s servant, Zoram, to come with them.

> In the 19th verse of Chapter 7, we see an example of another Near East phenomenon.  Nephi’s wicked brothers have bound him and left him to be eaten by wild beasts in the wilderness, and it is Ishmael’s wife and daughters, and one brother, who finally convince Laman and Lemuel to untie him. In that culture, a man loses face if another man talks him out of something.  But if a woman persuades him, that’s acceptable.

> And then, of course, we see again and again, the problem older brothers have when younger ones are chosen as authorities over them.  It goes against their cultural caste system of the eldest brother being the birthright boy, the boss, the leader.  And Laman and Lemuel never stop chafing under this arrangement.

Scarcely have we begun the Book of Mormon, than we have stumbled upon a style of writing, indeed an entire culture, vastly different than our own.  And as fascinating as these things are, there is something even more fascinating than all the writing styles and customs put together:  It’s the fact that Joseph Smith did not change them.  Who else, but a young, uneducated boy, would resist the urge to tighten up the writing?  Who among us wouldn’t be tempted to improve upon such raw materials?  At the very least, wouldn’t you say “brass plates”?

It was more than just his lack of education.  It was his incredible humility, his absolute submission to the Lord and to his task, which kept him true to every detail, even to the ones that grate against English conventions.

Semitic styles of writing and living are not just evidences that the Book of Mormon is a true record of ancient people from the Near East.  They are evidences that a prophet of God, operating under strict obedience, with no personal agenda to make the words sparkle according to Western ears, was going word by word, translating with unfailing accuracy, a sacred record that contains the Word of God, a second witness of Jesus Christ, and the Spirit of Truth to anyone who reads it with a sincere heart.  Something majestic was achieved in this work-not only the coming forth of a grand record, but the coming forth of a grand man.

So, yes, the Book of Mormon repeats itself.  And isn’t that cool?

*I must thank the many Institute teachers I had during my 20 adult years of Institute attendance, for much of what I’ve learned about our faith. Today the church no longer offers adult classes, only classes for enrolled college students.

Cruise with Joni and her husband, Bob, to Spain, Italy, and France May 12-19, 2012.  Double occupancy starting at only $659.00 per person!  See jonihilton.com for more information

Joni Hilton has written 17 books, three award-winning plays, and is a frequent public speaker and a former TV talk show host. Her latest book, “Funeral Potatoes– The Novel,” has just been scheduled for publication this February, by Covenant Communications. She is also the author of the “As the Ward Turns” series, “The Ten-Cow Wives’ Club,” and “The Power of Prayer.” Hilton is a frequent writer for “Music & The Spoken Word,” many national magazines, and can be reached at her website, jonihilton.com. She is married to TV personality Bob Hilton, is the mother of four, and currently serves as Relief Society President in her ward in northern California.