Response to an Evangelical Believer in Christ | Meridian Magazine

Response to an Evangelical Believer in Christ 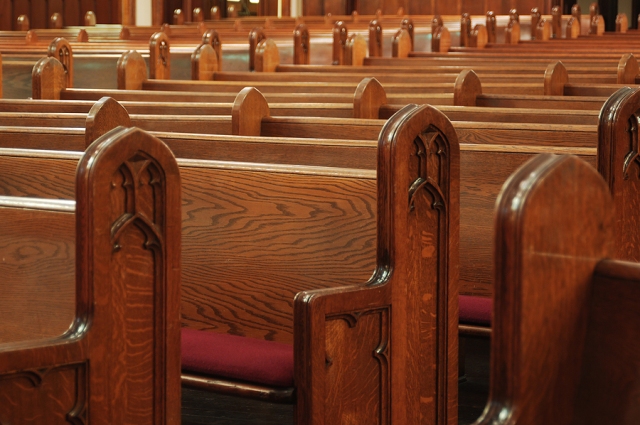 Dr. D. Kelly Ogden is a professor in the Department of Ancient Scripture at Brigham Young University.

You appear sincere in your questions and deserve some honest answers. You first raise the argument that the Bible contains the final revelation of God to man.

This line of reasoning has always been difficult for me to understand. There are Christians who honestly believe that after God speaks through his prophets for 4,000 years-to Adam, Enoch, Noah, Abraham, Jacob/Israel, Moses, Samuel, Elijah, Isaiah, Jeremiah, Ezekiel, Daniel, and many other prophets-that after the ministry of Jesus Christ and His apostles, like Peter, Paul, and John, he doesn’t have any more revelation for humankind. So up to a point God has revealed his will to His children here on earth, but then everything abruptly stops. So it is with Islam. Muslims believe in the Hebrew and Jewish prophets also, many of whom are referred to in the Qur’an, and they even accept Jesus as a great prophet, but then in the 7th century A.D. Muhammad comes along and revelation abruptly ends with him. So, too, with the Bahai’s. They believe all the great religious teachers of the world, the biblical prophets, as well as Confucius, Gautama Buddha, Zoroaster/Zarathustra, and others, all promulgated heavenly messages-they were all manifestations of God to mortals-but then revelation climaxed with Baha’ullah, their own prophet in the 19th century, and that’s where divine revelation culminates and concludes.

The issue is really whether God still speaks to humankind or the heavens are closed and God has no need to communicate any further with His children. You ask “why do we need additional revelation from God?” More pressing questions could be, “If God talked to His people anciently, wanting to grant them divine guidance through His prophets, does God no longer care for His children and is not interested in speaking to them? Is He an absentee God who is now hiding somewhere in His vast universe and totally disinterested in the mortal challenges of His children here on earth? Are we not facing more severe challenges than ever before in history and are more in need of prophetic guidance than ever before? It seems to me that our “civilization” has deteriorated far below Sodom and Gomorrah, with the divisive and debilitating social issues of abortion, same-sex marriage, Internet abuse such as pornography and other sexual aberrations. We need heavenly help and Godly contact more than ever!

There is no passage of scripture anywhere in the Bible that teaches that God has spoken all He is interested in speaking and that He has no more to say. In fact, quite the opposite is true. Amos, an Old Testament prophet contemporary with Isaiah, declared: “Surely the Lord God will do nothing, but he revealeth his secret unto his servants the prophets” (Amos 3:7, King James Version).

Those who are antagonistic to the idea of continuous revelation often quote Revelation 22:18-19, some of the last words in the biblical record, as a warning not to add to what is written in the Bible. These same people specifically reject the whole idea of additional scripture-such as the Book of Mormon-and consequently any new revelation from God. A careful and unbiased examination of John the Revelator’s inspired warning reveals its true meaning.

“If any man shall add unto these things . . .” – the first caution is that no mortal should tamper with these things, though the Lord may certainly add more if He so desires. A second caution is not to add to “these things,” and the antecedent to “these things” is “the prophecy of this book.” John was warning against attempts to alter his revelation as he himself wrote it. He could not have been talking about the whole Bible, since the Bible was not yet canonized, in fact, not even in existence, as we know it, at the time John wrote this conclusion to the Revelation. It should also be noted that Moses wrote an identical warning against adding to or diminishing from his revelations, called the Torah (the first five books of Moses). His warning is recorded in Deuteronomy 4:2, and if the same reasoning were applied to Moses’ declaration, then we could accept nothing after the fourth chapter of Deuteronomy.

In our own book of revelations that God has given in modern day through the Prophet Joseph Smith, the Lord says that the Book of Mormon is a great witness of Jesus Christ by “proving to the world that the holy scriptures are true, and that God does inspire men and call them to his holy work in this age and generation, as well as in generations of old; thereby showing that he is the same God yesterday, today, and forever. . . . And we know that these things are true and according to the revelations of John, neither adding to, nor diminishing from the prophecy of his book, the holy scriptures, or the revelations of God which shall come hereafter by the gift and power of the Holy Ghost” (Doctrine and Covenants 20:11-12, 35).

One of my masters degrees was from the Institute of Holy Land Studies on Mount Zion in Jerusalem. There I studied the Hebrew language and historical geography of Bible lands with evangelicals for more than two years. I came to enjoy them and love them and respect them, though I honestly never could figure out why, if someone loves Jesus’ words so much, as they did, why they wouldn’t want to have more of them, if possible. What is so theologically scandalous about having more of Jesus’ words?

We do have more of Jesus’ words today. I love the Bible dearly. I have studied it, and taught it, and written books about it for more than three decades. I also love these other modern revelations, which I have also studied thoroughly. They carry the same spirit as the ancient revelations that have gratefully been preserved for us.

One other issue: you ask “how is the Mormon Church able to get Jesus’ unique non-transferable priesthood?” That is an important question. We feel that divine authority is quintessential to his work, ancient or modern. He has always, in every dispensation of the gospel, set up His priesthood authority, authorizing certain individuals to speak for Him and act in His behalf. That priesthood power, originally called “the holy priesthood after the order of the Son of God” was also called the “Melchizedek Priesthood,” named after one of His great high priests. And that power is indispensable in His Church to this day. He gave it to ancient apostles and He has given it to modern apostles. He, of course, has the power and prerogative to transfer that power to anyone He wants to.

You argue that Jesus came and offered Himself as the Sacrifice, thus ending the need for any other priests. Then why would Jesus have priests (and apostles, prophets, evangelists/patriarchs, pastors/bishops, teachers, and others – Ephesians 4:11) as part of His Church’s organization even after His atoning Sacrifice, as evident in the books of Acts through Revelation? He doesn’t make mistakes, and He put those officers to function in His Church in antiquity.

And if His Church can be found on earth in our day, wouldn’t it have the same organization that existed in that ancient Church? Sacrifice by the shedding of blood did have an end in Him, but many other priesthood functions would never end. He always has and always will have priestly administrators in His Kingdom. Again, He is an unchangeable God, and is the same yesterday, today, and forever.

Personally, I heartily subscribe to the belief in a God who still loves and talks to His children here on earth. As one of our Latter-day Saint Articles of Faith explains, I believe all that God has revealed, all that He does now reveal, and I believe that He will yet reveal many great and important things pertaining to the Kingdom of God.