Families looking for wholesome and uplifting entertainment over the holidays have plenty of good options right now. Have a look at some possibilities for your night cuddled up in front of the screen. 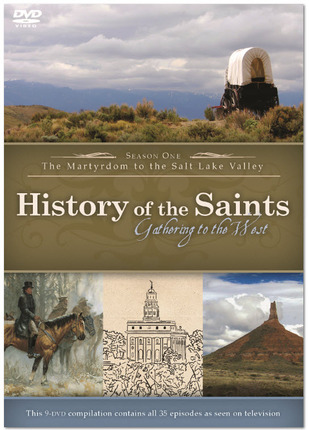 History of the Saints- Gathering to the West: This fine 35 part documentary from Covenant Communications covers in rich detail the story of the Latter-Day Saints from the martyrdom of Joseph Smith to the settling of the Salt Lake. This series, as hosted by Glen Rawson, is handsomely produced, always informative, frequently inspiring, and at times very moving. Loaded with journal accounts and other firsthand sources, this fascinating documentary finds unexplored crevices in the well-known stories of the first group across the plains and the Mormon Batallion and takes time to illuminate areas not often studied, such as life in Nauvoo post-Martyrdom and the exodus of later groups. Brought to life with paintings, old photographs, on location filming, and Rawson’s skillful narration, this is a must-have for the Church history buff in your family. 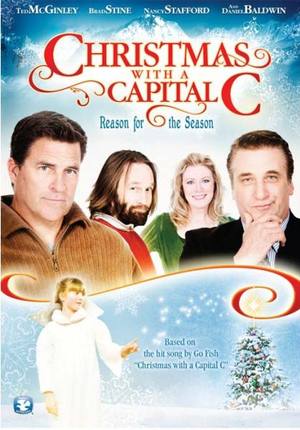 Christmas With a Capital C: Using a small Alaskan town as the setting to explore the culture wars between secularism and Christianity, Christmas With a Capital C admittedly struggles with some ham-fisted storytelling and “cheesy” characterization for its first half. To its enormous credit, however, it gains traction as it transcends initial “us vs. them” arguments to examine the real-world value of the Savior’s command that we love our enemies, focus on removing the beam from our own eye instead of the mote in others’, and let our love for Him be manifest in our actions and attitudes, not just our bumper stickers. Once it fleshes out the characters, allowing the Christians some flaws and the secular “villain” some virtue and humanity (and once a supporting character simply calms down), it actually becomes quite moving, and the Alaskan scenery is lovely. 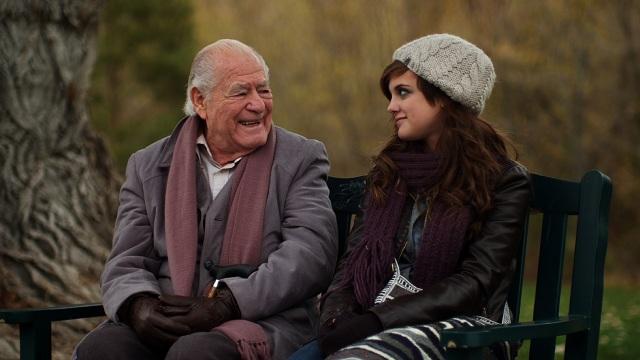 The Letter Writer: A warm and simple tale from director Christian Vuissa (Joseph Smith- Plates of Gold, Errand of Angels), this BYUTV production finds a struggling teenage girl rescued by the kind letters of a mysterious stranger, who assures her that she has eternal worth in the eyes of the Lord. With a realistic and moving performance by Aley Underwood (One Good Man) and solid turns from the supporting cast, this is a wholesome, touching, and beautifully shot little movie that will inspire viewers to look for more opportunities to be kind in their daily lives. This film is currently showing on BYUTV. For scheduled airings, please click here .  To watch it online go here. 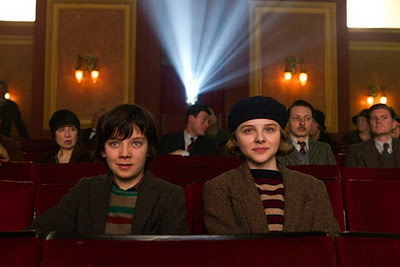 Hugo- This is one of my favorite movies of the year. Acclaimed filmmaker Martin Scorcese takes his first shot at family filmmaking with Hugo, an enchantingly imaginative, artistically dazzling, and emotionally involving work that stands among the very best movies of the year. I knew nothing about the story going in; I simply knew that word of mouth was strong. Allow me to do you a favor and not divulge anything about the plot, as the mysteries and character arcs are best enjoyed layer by layer as they unfold. 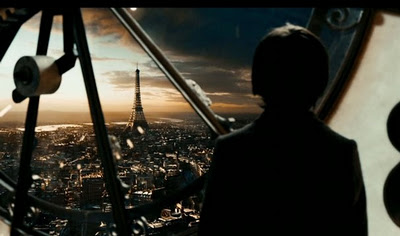 I can say that one sees almost immediately the touch of a master artist’s hand. Scorcese has crafted one of only a small handful of movies that is absolutely worth seeing in 3D. The production design (sets, wardrobes, props) on this film is exquisite, capturing 1930’s Paris in lavish detail that is brought out by creative 3D cinematography. If the film has one flaw, it’s that it’s too in love with its own artistry early on and the first act moves too slowly as a result. This is a minor trifle; better to be slowly paced early on then towards the end, and as the story picks up, the wonderful ensemble cast is given ample opportunity to work their comedic, romantic, and dramatic magic. 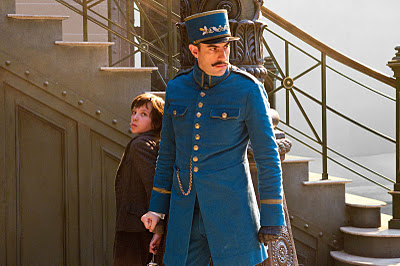 The musical score is lovely: it’s the first this year that I want to purchase in full. Hugo represents a celebration of imagination, optimism, and fun; it’s a dream for cinema lovers and will be very enjoyable for others. Amidst the soulless fluff released week after week, it stands out as a reminder that attention to craftsmanship, storytelling, and characters will always trump empty spectacle. Hugo made me think, made me laugh, moved me, dazzled my eyes, and left me with a big fat grin on my face. It is not to be missed in theaters. Rated PG. 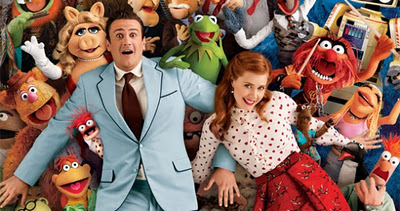 The Muppets- Powered by fun music, a slew of celebrity cameos, and a clever script by star Jason Segel that taps into the essence of the old Muppet charm, this new film is a delightful return for the family entertainment icons, originally created by Jim Henson. Co-starring Amy Adams (channeling the wholesome earnestness that made her so likable in Enchanted), this new tale finds the disbanded Muppets getting together for one last show, mending hurt feelings and old wounds along the way. It’s refreshingly optimistic and plenty of fun for both nostalgic adults and children who’re getting their first exposure here. Best of all, there’s no crass humor or winking innuendos, earning a rightful spot in the Disney canon. Though it falls short of the greatest Muppet movies (some songs are knockouts while others are mere placeholders, ditto for the jokes, though rest assured there are some great belly laughs here), it is easily better than their last few pictures and approaches a return to form for the old gang. Also back on track is Pixar Studios who, after this summer’s disappointing Cars 2 and the good-but-not-great Toy Story short that preceded it (“Hawaiian Vacation”) tacked on another Toy Story ‘toon here. Called “Small Fry,” the hilarious 5 minute cartoon had our audience rolling and served as a perfect appetizer for the main event. Rated PG. 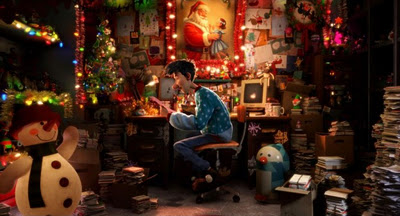 Arthur Christmas- If given the chance, this latest film from Aardman Studios (Chicken Run, Wallace and Gromit, the underrated Flushed Away) will be a new Christmas classic. Arthur Christmas combines a sharp sense of humor with a warm heart, a balance nicely brought to life by the vocal talents of some of Britain’s finest actors. The film takes as its central premise that the Clauses are a multi-generational family, with the mantle of “Santa” inherited from father to son. It follows the misadventures of one of the current Santa’s sons, a well-meaning misfit named Arthur, as he struggles to get a gift to the one child on Earth who was accidentally overlooked on Christmas Eve. If the story from there is predictable in concept, in execution it is full of rib-tickling surprises, flavored by characters and family dynamics that are far better defined and developed than one typically finds in this type of film. The animation, as well, is top notch, and the film benefits from fine pacing and wall-to-wall creativity as it turns the Santa Claus legend on its head while still maintaining the magic.

This is feel good family entertainment, smart, sassy, and heartfelt. Rated PG (though it should be G, in my opinion).

FOR MORE REVIEWS, AS WELL AS FUN VIDEOS, BY THIS AUTHOR, VISIT www.mormonmovieguy.com