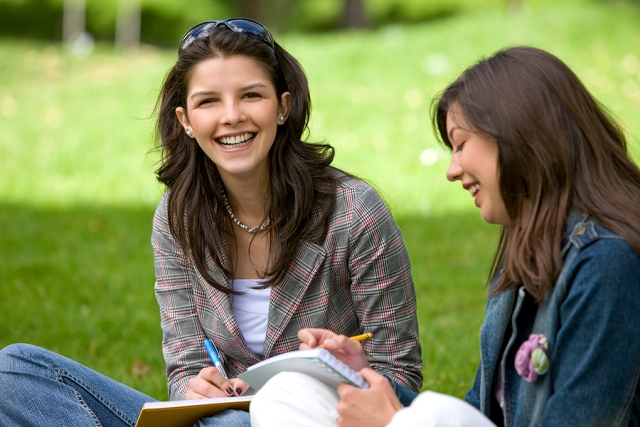 My husband is an amazing missionary.  He’s always sharing his faith with others at work, often inviting them to dinner.  And the other night a fellow came over with his fiancé, eager to learn more about LDS beliefs.  In his forties, this man had prayed and received a witness that Christ was real, and had joined a Christian congregation, where he met the woman he was now planning to marry.

Our two youngest kids, 19, and 22, were there as well and enjoyed the lively conversation where we were able to share our beliefs and answer questions. The older one, Cassidy, had returned from a mission to Argentina just over a year ago, and the younger one, Nicole, is planning to apply in time to turn 21 in the MTC.

The conversation turned to the topic of retention, and how hard it is for most faiths to keep young members active, once they become adults and leave home. Our friend remarked that in his church, the congregation is made up of folks mostly over 40, with very few teens or young adults in attendance.  “But at your church, you have lots of college kids,” he said.  Well, yes.  Not as many as we’d like, but yes.  “Why do they stay involved?” he asked.

I thought about our terrific Young Adult wards, our church universities, our missionary program.  And I was about to mention these when Nicole simply shrugged and said, “It’s because we’re taught to ask why.”

And there it was, plain and unvarnished.  We aren’t attending a congregation because we like the pastor, the rock music, the location, the parties, the other members.  We’re there because we honestly believe this is Christ’s ancient church, restored in modern times.  We really believe our ordinances will “stick” throughout eternity.  We’ve realized that we belong to Christ, purchased with his suffering and pain.  We’ve each asked ourselves why we’re there, and if it’s for the right reasons.  You’ll notice those who attend for the wrong reasons don’t usually last.

Seriously.  Do you think we’d get up early for auxiliary meetings, attend a three-hour block of church, practice with the choir, set up firesides, take casseroles to untold numbers of sick members, pay ten per cent of our earnings, devote countless hours to unpaid jobs we feel unqualified to do, and fast once a month if we didn’t fully believe it was Christ’s own, true church?  And you know that’s just the tip of the iceberg.  What about those snow camps in the Scouting program?  The unruly 6-year-olds in Primary?  The committee members who flake out and leave you the entire cleanup after a ward dinner?  We could make lists all day of the volunteering we do simply because we believe. It’s the why.

We’ve pledged to support one another, to accept assignments, to build Christ’s kingdom, and to sacrifice in every way we can imagine, for no other reason than because, at some moment, the Holy Ghost whispered to us that this is not just another item on the Christian smorgasbord.  This one’s real.  This one’s right.  This is one you don’t leave.

So is it easy to be a young adult in the Church?  It’s not easy to be anybody in the church.  But young adults have their own set of temptations—late nights that make them want to sleep in, attractive offers to break the Sabbath with hipper, more adventurous alternatives, friends who have moved away, well-meaning but nosy members who ask if they’re engaged yet—again, the list goes on.  If you’re looking for easy, you’re in the wrong line.  This Church requires daily commitment, fierce determination to navigate around Satan’s obstacles, and work that stretches you in ways you never imagined.  But it also yields glorious promises in the hereafter, and so much startling joy in this life, that it catches you by surprise and makes you feel blessed beyond measure.

When we teach our children—and our adults—to consider why they’re in this church, the realize it’s all about Testimony.  And they come to understand that a testimony is the most valuable thing they own.

Daniel Ludlow, a noted scholar and professor at BYU years ago, used to put missionaries through an exercise where he’d have them write all their blessings on slips of paper.  Parents, health, girlfriends, home, food, clothing, cars, eyesight, hearing, and so on.  Then they’d stand around a table on which these slips were scattered, and choose what they would be willing to give up, if they had to.  One by one, items were sacrificed in this imaginary game.  First to go were the toys— televisions, bikes, and so on.  Finally it came down to family members, health, and testimony.  And that’s when the lesson emerged, that you can lose almost everything dear to you in life, and still be assured of your place in God’s kingdom in the hereafter, but Testimony was the one indispensible.  Testimony was everything. It explains 55,000 missionaries who pay their own way to share the gospel.  It explains the long hours and toil church leaders invest in their ward members.  It explains a Home or Visiting Teacher persisting against rejection for years, in the hope of saving one soul. And for all of us, young adults included, it’s the “why” we come to church.

A week after our dinner party, President Uchtdorf gave his unforgettable talk about forget-me-nots, in the General Relief Society broadcast. He urged us not to forget “the why” of what we do for the church. He reminded us that the gospel is not an obligation, but a pathway to “glory and inexpressible fulfillment” in the life to come.  This is our motivation. It’s the reason for pioneers trudging across a continent and losing loved ones along the way.  It explains the unselfish service brimming in every ward around the globe.  And it’s the “why” Nicole was talking about, that keeps Young Adults on a steady course.

Cruise with Joni and her husband, Bob, to Spain, Italy, and France May 12-19, 2012.  Double occupancy starting at only $659.00 per person!  See jonihilton.com for more information

Joni Hilton has written 17 books, three award-winning plays, and is a frequent public speaker and a former TV talk show host. Her latest book, “Funeral Potatoes– The Novel,” has just been scheduled for publication this February, by Covenant Communications. She is also the author of the “As the Ward Turns” series, “The Ten-Cow Wives’ Club,” and “The Power of Prayer.” Hilton is a frequent writer for “Music & The Spoken Word,” many national magazines, and can be reached at her website, jonihilton.com. She is married to TV personality Bob Hilton, is the mother of four, and currently serves as Relief Society President in her ward in northern California