Eve as a "Help Meet" - What Does That Mean? | Meridian Magazine 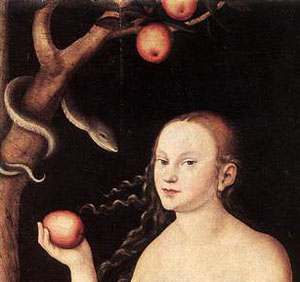 For years we have grown used to the “virtuous woman” of Proverbs 31:10 as the ideal we should emulate — never letting our candles go out and spinning and toiling for our husbands and children.  Sometimes this seems out of touch with the challenges faced by the women of today’s world.

Most of the stories in the Bible follow the “wife and mother” model and reinforce the idea that God most often is seen as doing his work through men.  When women in the Bible don’t fit into this “wife and mother” definition of what it means to be a woman, they experience great personal pain and social ostracism.  Other women have seemingly ideal lives until the premature death of a husband causes them to be at the mercy of a society where they do not fit in.

While pondering these questions, I was impressed to consider the vision that God had for women when he created them.  Although the Bible strongly validates the role of women as wives and mothers, it also shows that “God values them just as much when their lives follow other paths.   Women bring different questions as well as a different point of view as they consider the stories from the scriptures in a new light.  Maybe that’s because women really are from”Venus” and most biblical points of view come from “Mars.”

When I was first learning to read Genesis 2:18 in Hebrew, I noticed a lot of things.  Woman is not created at the same time as God created man, but only after Adam has been created and placed in the Garden of Eden and then commanded not to eat of the tree of knowledge of good and evil.  God concludes that it is not good for man to be alone and makes a companion for him.

The text reads: “And the Lord God said, it is not good that the man should be alone, [therefore] I will make him a help meet for him.”  After repeating seven times that God saw that “it was good” after he had created the earth and everything on it in Genesis 1, suddenly we are informed that it was “not good” that man be alone.  It was not just “not optimal” but it was in complete opposition to the way God was used to doing things.  This is startling news indeed.  Something was terribly wrong with the man being alone.

The ancient mentality viewed aloneness as the “negation of authentic living, for true life is not individual but corporate and social.  So, now that we know that man needs a partner, what exactly is a “help meet for him?”  I had learned to understand these archaic English words as “helpmate.”  The woman is supposed to be a helper suitable for the man.  I thought it meant that woman was supposed to make his dinner and hand him the wrench when he was changing the oil in the car.  Helper has the connotation in English as an assistant of lesser status.

That is not at all what these words are intended to convey.  “Help meet for him” in Hebrew is ezer kenegdo.  As I studied the definitions of these Hebrew words, I decided that they actually meant something very different from the way I had understood them for years.  When God decided to create another creature so that man would not be alone, he did not merely make a helper for him – he made an equal partner.  David Freedman writes that these words should be translated as “a power equal to man.In Hebrew the word ezer (pronounced ay-z_r) describes an equal, if not a superior.  Ezer in the Old Testament is most frequently used to describe how God is an ezer to man.  It definitely does not have the connotation of a “mere helper” in any of the cases in which it is used.  A more accurate translation would be a “power” or “strength.”

Etymological evidence indicates that ezer originally had two roots, one ‘-z-r meaning “to rescue,” “to save,” and the other g-z-r meaning “to be strong.  The verb azar means “to succor,” “to save from extremity,” “to deliver from death.”  It refers to the actions of one who gives water to someone dying of thirst, thus saving his life.

Samuel Terrien argues, “Far from being a subordinated or menial servant, woman is the savior of man.”Women may have thought this for centuries, but now a man is actually affirming it in print.  Donna Nielsen notes that ezer possesses a wide range of ideas — royalty, rigor, courage, efficiency, and adventurousness.  The verbal root calls to mind the ideas of achievement, pioneering, and risk taking.

Each of these ancient roots, -z-r and g-z-r began with a different Hebrew guttural sound.  Some ancient languages made a distinction between the two letters, while others did not.  Hebrew no longer distinguishes between them.  About 1500 B.C. these two different sounds began to be written with the same sign.  Later the two pronunciations also merged.

As a result, when the Bible was written, what had once been two roots of ezer had merged into one.  With merger of pronunciation and writing came the merger of meanings.  Thus ezer could mean both “to be strong” and “to save.”  In time the root was always interpreted as “to help” which was a mixture of the nuances of both meanings.  And I thought high school English was challenging.

The second word which caught my attention in the Hebrew of Genesis 2:18 was the word kenegdo, which traditionally had been translated as “meet for” or “fit for.”  Because kenegdo appears only once in the Bible, scholars had little upon which to base their translations.  Neged was one of the first words I had learned in Hebrew and I learned its meaning as “against.”  I thought it was very strange that God would create a companion for Adam that was “against” him!

Later, I learned the word could also mean “in front of” or “opposite.”  This still didn’t help that much.  Finally it was explained as being “exactly corresponding to” as when you look at yourself in the mirror.

In Mishnaic Hebrew, the root kened means “equal.  The King James translation of kenegdo as “meet for” is based on the seventeenth-century meaning of “meet” as “worthy of,” which has long been out of current usage.  This archaic translation has led to the formation of the word “help-meet” to describe a good wife, although nobody really knew how this was different than “helpmate.”  Any way you look at it, the meaning intended by the original Hebrew was totally lost.  Good wives all want to be “helpmates” but completely miss the fact that the scripture clearly states that God created woman to be an equal partner to her husband, exactly corresponding to him in every way.  Well, in almost every way.  There are some obvious differences — but men and women are still considered to be equal partners in the eyes of God.

The noun ezer occurs 21 times in the Hebrew Bible.  In eight of these instances, the word means “savior.” These examples are easy to identify because they are associated with other expressions of deliverance or saving.

Elsewhere in the Bible, the root ezer means “strength.

In 1 Samuel 7:12, Samuel erects a stone to commemorate the “help” God has given them in their victory over the daunting Philistines.  In Hebrew, “stone” is eben and “help” is ezer, hence the stone is called Eben-ezer.  This is a nice thought, a sort of ancient plaque to help remember the “help” that God gave you in a battle with your enemies.

If we back up a couple of verses and look at verse 10, we find this: “And as Samuel was offering up the burnt offering, the Philistines drew near to battle against Israel: but the LORD thundered with a great thunder on that day upon the Philistines, and discomfited them; and they were smitten before Israel.”  After dedicating the battle to the Lord, the armies of Israel sat back and watched as the Philistines were given a huge dose of divine “special effects.”

During the battle itself, the Lord demonstrated that he was fighting for Israel as he called the elements of nature into service. The thundering from heaven threw the enemy into confusion, striking a “holy terror” into them.  I think I would use the term “rescue” or “deliverance” rather than the rather anemic “help” as it is translated in 1 Samuel.

However, I must admit that at times, the word “help” is anything but anemic.  When the house is burning down, or you fall down a well unseen, or are hanging on by your fingernails to the edge of a cliff, what is the one word that you scream at the top of your lungs?  H-E-L-L-L-P!  Then you want all the strength, power, and deliverance you can muster!

God, knowing that Adam couldn’t fight the battles of earth life alone, created a companion for him who would fulfill both of these meanings of ezer.  Woman would be a “strength” to him in helping meet all the challenges that earth-life would launch at them — pain, toil, discouragement, rebellion, burnout, and faltering faith.  And at times she might even “rescue” him with precious insights into the meaning of their trials, or “save” him from discouragement or despair.

As Carolyn Custis James has asserted, God created the woman to be an ezer to man.  To strengthen and to save.  She is his greatest ally.  This is Eve’s legacy for all women, not just within the bonds of marriage, but wherever she touches the lives of others in the world at large.

Recently my niece was married in Arizona, and all my siblings gathered at my sister’s house to attend.  It was fun to be together under one roof, and we enjoyed the camaraderie.  We got up early and had a great time just cooking and eating and talking.

One morning my sister-in-law came down after nine o’clock and my brother was giving her a hard time.  “Oh, up at the crack of nine, huh?   What have you been doing?”  She answered coolly, “Oh, I’ve just been saving the world.  All my kids called and needed me to solve their problems.”  Everybody laughed at her supposedly sarcastic remark.  But as I thought about it, she wasn’t far from the truth.  She was saving the world — at least her little corner of it anyway.  She was fulfilling her divine calling as an ezer, a rescuer.  She was indispensable to her children.

All of our lives have been touched by women such as this, women who have dedicated their lives to saving their little corner of the world.  This is Eve’s legacy for all women.  We just need to open our eyes and realize we are her daughters — created to be powerful and strong.

[5].    Samuel Terrien, Till the Heart sings: A Biblical Theology of Manhood and Womanhood (Philadelphia:Fortress Press, 1985), 9.

[12].    The Mishnah is a major work of Rabbinic Judaism, and the first major redaction into written form of Jewish oral traditions, called the Oral Torah.  In the study of literature, redaction is a form of editing in which multiple source texts are combined together (redacted) and subjected to minor alteration to make hem into a single work. Often this is a method of collecting together a series of writings on a similar theme and creating a definitive and coherent work.