Joseph Smith's Plan for the City of Zion | Meridian Magazine

Joseph Smith’s Plan for the City of Zion 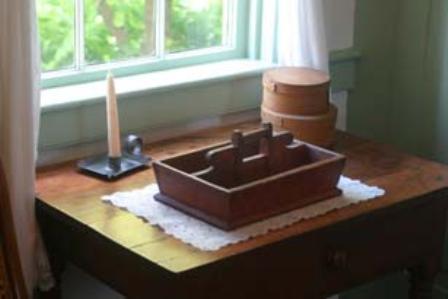 I was in Seattle, Washington, on April 15, 2011 to participate in a panel discussion with four scholars addressing the topic “The Purpose of Cities from the Perspective of the First Precept—Toward a New Urban Theology.”  The occasion was the annual meeting of the Association of American Geographers, specifically the Bible Geography Specialty Group, and the issue was the proliferation of cities as fulfillment of the divine injunction to “be fruitful, and multiply, and replenish the earth, and subdue it” (Genesis 1:28).

My point of view was a little different from the professional geographers on the panel.  I acknowledged that the virtues of both city life and rural life could certainly be extolled—from secular as well as scriptural sources and experience.

I have seen what can happen in one generation as my own ancestors up through my father labored in the fields of England and America and learned the value of work.  With my father moving our family into the city and my siblings and I not having daily chores to do (whether in the fields of crops or corrals of livestock), it seems to me that something was lost by way of character-building work ethic (although my siblings and I acquired a love of hard work anyway).

As I’ve traveled to and lived in several very large cities (for example, Mexico City, Cairo, Egypt, Santiago de Chile, and Guatemala City), I have concluded that so many millions of people were not meant to live in a single such concentrated spot on earth.

I have pondered whether the first great commandment (the “first precept,” as some entitle it)—to multiply, replenish, and subdue the earth (Genesis 1:28)—is really a mandate to gather in cities.  A call for community perhaps, but was it a call for conurbation—gathering in a megalopolis?

The “first precept” includes the commandment to “replenish the earth.”  The Hebrew term translated “replenish” in the King’s English is male’ (pronounced mah-LAY), which means to “fill,” with no implication of “refilling” that the modern English suggests.

The concepts of filling and subduing and having dominion might be designated as a stewardship that God has given to humankind—God who is, of course, the world’s foremost Environmentalist.  Deity did not intend us to use unrighteous dominion in our stewardship (in fact, the best dominion is self-dominion).  We humans do have some power over this earth and the flora and fauna—and may wisely use them for our benefit—but He expects us to take good care of his extraordinary creations.

By way of propagating and settling the earth, I believe an ever-expanding series of smaller cities is to be preferred over extensive and even over-extended larger cities.  Following is a model for the ideal city, a practical city plan that sponsors all the best qualities of city life and rural life combined—a city plan that actually originated in the eastern United States in the early 19th century and in recent years has been awarded national recognition by the American Planning Association.

I submitted to the group that perhaps a new theology of cities is needed, and I was prepared to revive a proposal from over a century and a half ago—from what some may consider a rather unlikely source: Joseph Smith, the founder of The Church of Jesus Christ of Latter-day Saints.

The City of Zion Plat 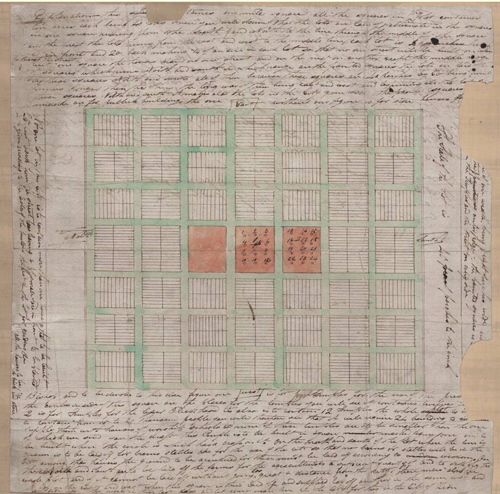 Courtesy of the Church Archives, The Church of Jesus Christ of Latter-day Saints

At a time when farmers were establishing individual farms across the American Midwest, Joseph Smith taught that farmers should live in small organized cities where “the farmer and his family . . . will enjoy all the advantages of schools, public lectures and other meetings.  His home will no longer be isolated, and his family denied the benefits of society, which has been, and always will be, the great educator of the human race; but they will enjoy the same privileges of society, and can surround their homes with the same intellectual life, the same social refinement as will be found in the home of the merchant or banker or professional man” (from B. H. Roberts, A Comprehensive History of the Church, 1:312, as cited in Richard H. Jackson, “The Mormon Village: Genesis and Antecedents of the City of Zion Plan,” page 230, in BYU Studies 17 [Winter 1977]: 223-240).

One of Joseph Smith’s counselors, Frederick G. Williams, added: “When this [city] is thus laid off and supplied lay off another in the same way and so fill up the world in these last days and let every man live in the City [of Zion]” (from Williams’s explanation of the City of Zion Plan (June 25, 1833).  The City of Zion plat that was to be replicated wherever Church members settled was possibly inspired in part by descriptions of the New Jerusalem in Ezekiel 48 and Revelation 21.

Following are some outstanding features of the City of Zion plat (if each item is not unique then the cumulative effect of all these features together is certainly unique):

–          The size is limited to one square mile, which follows a Continental Congress Land Ordinance of 1785 surveying land into square mile grids.

–          Regular, uniform grid pattern is laid out in a north-south orientation, with straight streets crossing at right angles.

–          There is one house per lot, set back 25 feet from the street, and with houses located on alternate sides of the blocks 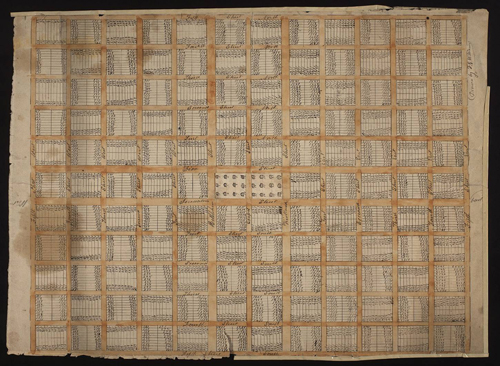 Courtesy of the Church Archives, The Church of Jesus Christ of Latter-day Saints

–          All farms, barns, and livestock are located just outside the residential section (compare Moshav Nahalal in the Jezreel Valley, Israel –

– Two central blocks are reserved for 24 temples and other public buildings—for worship, education, and other refinements facilitated by living in a compact group:

“In order that the object for which the saints are gathered together in the last days, as spoken of by all the holy prophets since the world began, may be obtained, it is . . . necessary, that they should all be gathered into the Cities appointed for that purpose . . . to obtain all the knowledge which the circumstances of man will admit of, is one of the principle objects the saints have in gathering together.  Intelligence is the result of education, and education can only be obtained by living in compact society; so compact, that schools of all kinds can be supported” (editorial in the Church’s Elders Journal 1 [August 1838]:53). 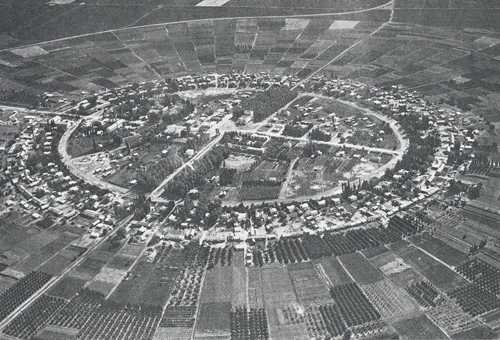 Elements of Joseph Smith’s City of Zion Plat inspired and influenced the planning and founding of more than 500 communities in the American West.

A national honor was presented to the Church and Joseph Smith in May 1996, by the 30,000-member American Planning Association—their Planning Landmark Award, honoring the forward vision of Joseph Smith of the ideal city in terms of appearance and functionality.

I LOVE IT!!!! Im competing in Natural History Day and this will be used as a source for me. I'm doing Joseph Smith and the theme is leadership and legacy, i like how you show both sides not just like, Joseph Smith was a true prophet of God and so on. You were more like Joseph Smith did this and that and claimed to be a true prophet of God. That just makes it easier to introduce both sides. Its 2 websites in one in my opinion. Joseph Smith is just a character who shows so much leadership and has left a great legacy. I don' want to have to look up all that anti mormon crap. That is what yours helps with. You're not saying anything anti mormon but you're not saying anything about it to be true either. That way you put in 2 sides to the story not just one side to it. His plans for zion are amazing. I will most likely use those pictures in my final project. I am stuck on doing a website or an exhibit. They both have their pros and cons in them but i will most likely do a website. Which one do you think I should do? Which one best shows Joseph Smith in it. I'm probably doing a website. I want to make it to state possibly nationals this year, and this is the best shot I've got with such an easy theme. My teacher requires 3 interviews and I will have to interview one person my self and 2 others can be from youtube or something. I am a mormon so it will be easy to get even 5. Bishop, Stake President, Other wards Bishops, and so on. Do you have a strong interest in this topic or are you a mormon, or both. I hope you make more websites. I want to read them and see how good they are. Probably just as good as this one. Some topics you might want to do are very famous mormon topics because mormons are the only ones who really read this because nobody else would be interseted. GTG BYA