“An Autumn Concert” Orchestra at Temple Square to Perform 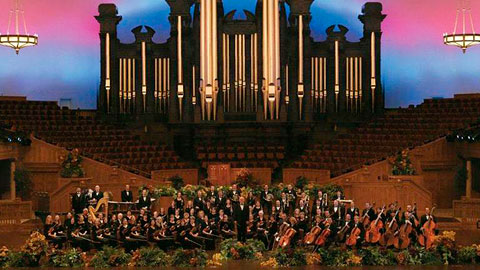 SALT LAKE CITY—The Orchestra at Temple Square, under the direction of Igor Gruppman, will present an “An Autumn Concert” on Friday, October 21 and Saturday, October 22, 2011, at 7:30 p.m. in the Tabernacle. The concert will feature music by the Orchestra at Temple Square, led by Gruppman, conductor of the Orchestra. Christian Smith, principal bassoonist for the Orchestra, will be featured in Vivaldi’s Concerto for Bassoon in E-flat Major (RV 483).  Other repertoire on the concert will include Bach’s aria for alto and solo violin, “Erbarme dich, mein Gott, um meiner Zähren Willen!” from the St. Matthew Passion and the 6th movement from Mahler’s Symphony #3.

The Orchestra at Temple Square was formed in 1999, under the direction of Gordon B. Hinckley, then President of The Church of Jesus Christ of Latter-day Saints.  Its charter as an all-volunteer musical organization is to accompany the Mormon Tabernacle Choir and to perform in two concerts of its own each year.

Gruppman was named conductor of the Orchestra at Temple Square in 2003. He enjoys a career as a violin soloist, conductor, concertmaster and chamber musician and has appeared in the great European capitals and in the major cities of North America, Israel, and New Zealand. He has been a frequent guest with such orchestras as the London Symphony Orchestra and the Royal Philharmonic, and has worked with conductors Sir Georg Solti, Mstislav Rostropovich, Sir Colin Davis, Christoph Eschenbach, and Bernard Haitink.  In addition to his duties with the Orchestra at Temple Square, he is currently concertmaster of the Rotterdam Philharmonic Orchestra.