Driving the Pharisaism Out of Our Souls | Meridian Magazine

Driving the Pharisaism Out of Our Souls 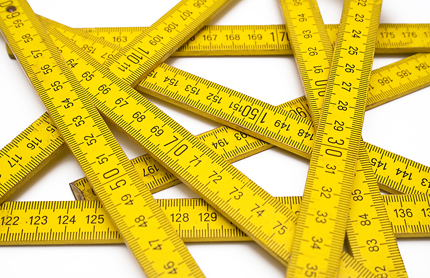 The Pharisees were already irritated with Jesus; He and His disciples had gathered grain to eat on the Sabbath. As if His disregard for the rules of righteousness were not offensive enough, for good measure He claimed that He was Lord of the Sabbath! Jesus sure knew how to rile up the Pharisees.

They followed Him to the synagogue and set the trap. They pushed a man with a withered hand before Him and asked “Is it lawful to heal on the sabbath days?” (Matthew 12:10).

Jesus, in His masterful way, invited an understanding of law: “What man shall there be among you, that shall have one sheep, and if it fall into a pit on the sabbath day, will he not lay hold on it, and lift it out? How much then is a man better than a sheep? Wherefore it is lawful to do well on the sabbath days.”

Now the Pharisees were in the trap. They would rescue a sheep but not a child of God on the Sabbath? What kind of shepherds were they?

Jesus turned to the man whom the Pharisees had turned into an uncomfortable object lesson. Jesus saw a struggling and stunted human. He reached for him—as He does for all of us: “Stretch forth thine hand. And he stretched it forth; and it was restored whole, like as the other” (Matthew 12:13). What a healer!

Were the Pharisees taught and enlarged by Jesus magnanimity? Hardly. “Then the Pharisees went out, and held a council against him, how they might destroy him” (Matthew 12:14).

On another occasion, Jesus pointed out the hypocrisy of batting each other with holy expectations. “Woe unto you also, ye lawyers! for ye lade men with burdens grievous to be borne, and ye yourselves touch not the burdens with one of your fingers” (Luke 11:46). It is a double offense to load people with expectations and then fail to help them shoulder the burdens.

Intriguingly, the Pharisees’ hardheartedness drove Jesus away. “But when Jesus knew it, he withdrew himself from thence….” We can also push Jesus from our presence by judging others with hardheartedness.

Or we can follow Him. “And great multitudes followed him, and he healed them all” (Matthew 12:15).

The question I ask myself is whether I do the same thing as the Pharisees. When a child cries in sacrament meeting, do I see an annoyance who is disturbing my worship? Or do I see with compassion a child in distress who is probably accompanied by harried and tired parents? When people choose to play in their yards on the Sabbath, do I cluck condescension toward them? Or do I trust that they are the best judges of what helps their family? When a member of the ward goes from row to row hugging on ward members in the minutes before sacrament meeting begins, do I see an offender who needs a good high council talk on reverence? Or do I see a saint brimming with love? When a fellow saint wears a plaid shirt to sacrament meeting, do I subtract points from his righteousness score? Or do I see a fellow-worshiper, a cherished son of God?

The natural man is a Pharisee (in the negative sense of that title). We create labyrinths of rules and we use them to identify the infractions and compute the righteousness of those around us.

But the story provides a different way of reacting to the man with the withered hand. Jesus, the true shepherd, saw a sheep trapped in a pit. Rather than condemn him for getting himself into a pit, Jesus reached to pull him out. Jesus healed all those who came to them.

Jesus did not merely break the Sabbath rules. He broke myriad social rules that held the people from being healed and being healers.

For example, women were shunted to the background in ancient society. Jesus appalled Pharisees and even His own disciples by the way He treated women. As Harry Emerson Fosdick observed, “He treated women as he treated men—as persons sacred in their own right, as souls loved of God and full of undisclosed possibilities. When they were sunk in sin, he forgave them; when they were humiliated, he stood up for them; when they suffered social wrongs, he defended them; when they had abilities to offer, he used them” (1949, pp.148, 161).

In addition, Jesus regularly scandalized all civilized people by hanging out with the lowest class of people. And He wasn’t merely a keep-them-at-arm’s-length do-gooder. He seemed to genuinely like and value the ne’er-do-wells. He was a true friend of publicans and sinners (Matthew 11:19). He loved them. He lifted them. He sought to redeem them.

His example and His stories teach the same principle. He taught us to leave the 99 pleasant and rule-abiding saints to find the lost ones. Including the ones who aren’t behaving exactly as we think they should. And the ones we perceive as difficult or annoying. And the ones who might typically be shunted to the background because they are different, struggling or have made mistakes.

How would the world be different if we followed His example? Would we focus less on our own needs and our own judgments if we were filled with Christ? Would we treat each individual as a person sacred in his or her own right, as a soul loved of God and full of possibilities?

A contrast comes to mind. Last week we had a ward social. I followed my decision rule for such events and  positioned myself so that I could casually stroll to the front of the line as soon as the starting gun (sometimes called a blessing) was shot, so that I could get a piece of the treasures such as Ruby Bernal’s enchiladas and Alison Jones’ cake. Once I had secured the buffet essentials, then I looked for a place to sit—preferably by nice people who wanted to talk about woodworking. Clearly missing in action was my wife, Nancy. But I knew from oft-repeated experience where she was. She had found someone who is inactive, lonely, or hurting and she was loving them. She is a redeemer.

Maybe when we find the Pharisee within us chafing at others, judging them, and speaking ill of them, we can invite that Pharisee to be a healer. No human has fallen beyond the reach of His compassion; we can plead for the mind of Christ so that our compassion reaches with His to those “almost-repentant who warily probe the possibility of both fellowship and forgiveness” (Neal A. Maxwell, 1980).

Elder Holland told a powerful story that continues to challenge me:

I grew up in the same town with a boy who had no father and precious few of the other blessings of life. The young men in our community found it easy to tease and taunt and bully him. And in the process of it all he made some mistakes, though I cannot believe his mistakes were more serious than those of his Latter-day Saint friends who made life so miserable for him.

He began to drink and smoke, and the gospel principles which had never meant much to him now meant even less. He had been cast in a role by LDS friends who should have known better and he began to play the part perfectly. Soon he drank even more, went to school even less, and went to Church not at all. Then one day he was gone. Some said that they thought he had joined the army.

That was about 1959 or so. Fifteen or sixteen years later he came home. At least he tried to come home. He had found the significance of the gospel in his life. He had married a wonderful girl, and they had a beautiful family. But he discovered something upon his return. He had changed, but some of his old friends hadn’t—and they were unwilling to let him escape his past.

This was hard for him and hard for his family. They bought a little home and started a small business, but they struggled both personally and professionally and finally moved away. For reasons that don’t need to be detailed here, the story goes to a very unhappy ending. He died a year ago at age 44. That’s too young to die these days, and it’s certainly too young to die away from home.

When a battered, weary swimmer tries valiantly to get back to shore, after having fought strong winds and rough waves which he should never have challenged in the first place, those of us who might have had better judgment, or perhaps just better luck, ought not to row out to his side, beat him with our oars, and shove his head back underwater. That’s not what boats were made for. But some of us do that to each other.

We can tell how much hold Jesus has on our souls by how we respond to those who are struggling. May we resist the temptation to club them with oars. May we pull them aboard and row them to the warm lights and healing fires on shore.

That is what Jesus invites us to do with Him.

During BYU Education Week (August 15-19), Brother Goddard will be presenting a series of four evening classes on parenting, another series on marriage, and one on personal well-being. You may find useful ideas for family life by attending some of his classes. 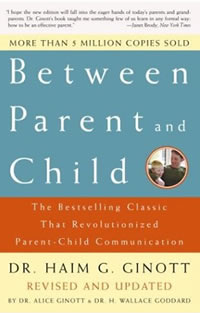 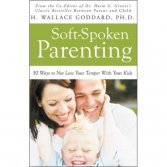