LDS Fiction: The Evolution of Thomas Hall by Kieth Merrill 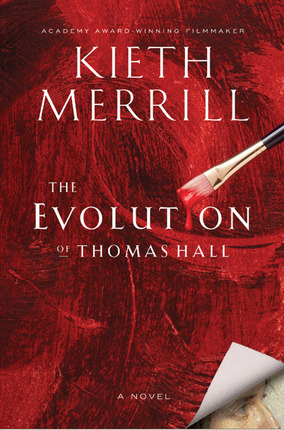 Thomas Hall has a right brain mentality.  He is one of the gifted ones, that rare artistic genius that through the ages has only surfaced in rare moments of time.  His art speaks to the beholder.  In his arrogance of self worship, he believes he has a right to the best life has to offer.  He chooses among a bevy of women the perfect one to suit the venue of their date, whether the opera or sailing on the Bay. He eats at the best restaurants, drives an expensive car, and is converting a former business that fronts on the Bay into the perfect home and studio, furnished and outfitted with the best furnishings and supplies on the market. He looks down on lesser beings such as the beggar who approaches his Mercedes while he’s stopped at a light or the sucker who attempts to end his life by jumping from the bridge, thus snarling traffic. He gives no thought to life’s hard questions until he is faced with the opposing demands of three different projects.

The Evolution of Thomas Hall by Kieth Merrill is Merrill’s first novel though his name is readily recognized in the American film industry and in LDS arts circles.  The book is gaining well-deserved acclaim through word of mouth and the author’s name.  Neither the cover nor title are such that inspire many to look farther.  The lackluster title sounds more academic than intriguing, though after reading the novel, it makes sense even if it lacks appeal.  The cover, with all due respect to Carl Bloch, isn’t exactly eye-catching.  What happens between the brush-stroke red covers, however, is unique, thought provoking, and compelling.

Thomas is commissioned to paint a mural for the science museum in San Francisco of the ages of man.  He is part way through the huge project when the museum hires a new director who orders his canvas erased and a new painting to depict the progress of man according to Charles Darwin.  He demands that Thomas, an agnostic, leave no room in his mind or work for any possibility that a Greater Power might exist.

Thomas is so certain he will be chosen to do the fantasy art work in a new Las Vegas casino, he buys a yacht and lands himself in financial trouble when the casino people steal his ideas and hire college students to do the actual painting. His agent insists that he put in a bid for a massive mural for the new children’s wing of a local hospital.  He doesn’t want the project and insults the hospital board, but when he finally realizes how deep his financial troubles are, he changes his mind.  He believes he can do a quick job just to collect the money.  At this point he is incapable accepting his own culpability for the problems he encounters. Once he gets the hospital assignment, he discovers it is far more than he expected and creating a mural for The Healing Place becomes a life changing experience.

Complications, besides money, come into Thomas’s life when he becomes the target of an environmental group who set his home and studio on fire; he has a major falling out with his agent; his father, whom he has been estranged from almost his whole life, keeps calling; he finds himself drawn to a young accident victim; and he begins to care for the woman who is his liaison at the hospital in a way none of his trophy girlfriends have ever touched him.  Without the help of his long-suffering agent, he is at the mercy of the unscrupulous new Darwin worshipping museum director and his team of fast talking attorneys.  Creditors expect to be paid even though he has no income coming in.  Through all this he is caught in a tangle of conflicting beliefs concerning the origins of man and the reality of Jesus as a God.

A quick sketch of the theme of the book may leave several misleading impressions.  It is not preachy and it is not aimed primarily at an LDS audience.  It isn’t even an attack on evolution, though it does point out the numerous holes in Darwin’s theory.  It is the story of one man’s journey to discovering personal faith in Jesus Christ and that miracles are real and possible.

Merrill’s use of words is impressive.  His vocabulary extends from modern slang to actual three and four syllable words. At times his writing is literary and musical, then switches suddenly to the rougher style of popular genres (but without the X-rated expletives).  Some sections are best read slowly and savored with breaks in which to mull over the concepts expressed.  Other sections demand the fast reading of a compelling action novel.  I was impressed by his ability to create great character sketches with so few words.

The plot is well developed and holds the reader’s interest from beginning to end.  There are numerous small stories within the larger story that enhance the overall theme and give greater insight into particular characters.  I was particularly impressed with the portion told from the cop’s point of view of the struggle to save the lives of a little girl and her mother caught up in a horrifying freeway accident.

I predict this book will find its way to a spot on this year’s Whitney Nominee list.

To learn more about the author go to the interview by Marilyn Green Faulkner which appeared in the July 7 edition of Meridian.

THE EVOLUTION OF THOMAS HALL by Kieth Merrill, published by Shadow Mountain an imprint of Deseret Book, hardback, 454 pages, $27.99