Has the Time for Preparation Passed? « Meridian Magazine

Has the Time for Preparation Passed? 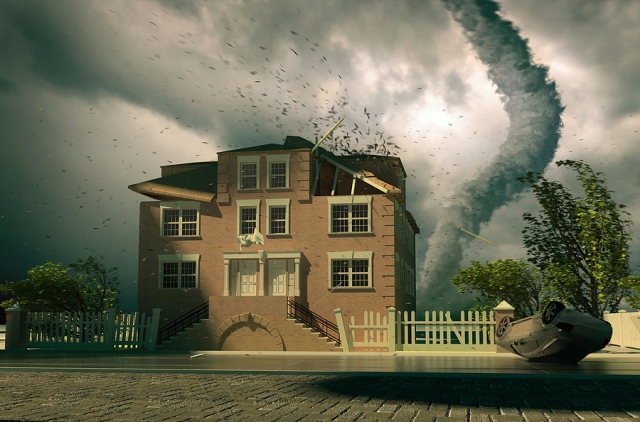 Here are some headlines from the past several days:

All of these are headlines seen in the past few days in June. Is the time for preparing past? No, but it will now be much more expensive than it would have been just a few months ago.

The National Weather Service has announced the forecast for the coming hurricane season. Although the prediction is for more named storms this year, that alone is not the most interesting part of the story. What we should really be taking note of is the fact that we are returning to the weather patterns of the 1950s and 1960s. During those years there were serious weather conditions which hit the northeast coast of North America, the jet stream lowered its path, and temperatures were confused – it was much colder in normally warm areas, and much warmer in normally cool areas.

We have seen the results this spring with tornadoes not only in the Midwest “Tornado Alley”, but also in diverse places such as California and Massachusetts.  All of this news means we can expect to have weather only our parents and grandparents remember well. The time for preparing has not passed, but the urgency has increased.

The winter of 2010-2011 has seen record snowfall in all the mountain ranges west of the Mississippi. Spring in these areas has been colder than normal, setting up a disastrous scenario for the remaining weeks of spring and summer. Rivers and reservoirs in some places are overwhelmed, and heat waves may follow the cool spring weather in many areas. Hot weather will eventually come to the West, and when it does there may be severe flooding. Four states not part of the Mississippi River system, where horrific flooding and loss of life and property have already occurred, – Montana, Idaho, Wyoming and South Dakota – have already declared a state of emergency due to flooding.

Are you prepared to remain out of your home for a month or more? Are you prepared to be without grocery and pharmacy supplies for weeks? This is already the case in some areas. Do you really still believe natural disasters can’t happen to you?

We have heard so much about flooding and tornadoes this year that it should come as no surprise that some North American crops have been destroyed or not planted at all. The logical conclusion: prices will go up.

On the other hand – are you aware that in some regions there is still a drought?

This is also the case on other continents:

“Several submerged sections of an imperial tomb of the Ming Dynasty (1368-1644) have resurfaced in east China’s Jiangsu Province as a result of a severe drought that is still affecting the region. The tomb was built for the ancestors of Zhu Yuanzhang, founder and the first emperor of the Ming Dynasty, in AD 1386, on the west bank of the Hongze Lake in Xuyi County of Jiangsu.

“The mausoleum was flooded in 1680, when the Yellow River broke its banks, changed course and converged with the nearby Huaihe River. Now local residents have got to take their first look at the tomb, which hadn’t seen the light of day in more than 300 years.

“Stone arches and other parts of the tomb emerged on Thursday as the lake’s water level continued to recede because of the recent drought. Local residents also got a look at a paved path leading to the tomb.”¹

In China, 725,000 acres of land are drying out causing not only enormous crop loss but leaving 820,000 people in the region without sufficient food and water. Where will the food come from to feed these people? Will China purchase crops normally sold to industrialized nations such as the United States, Canada and  Australia, leaving them short?

Food riots have already occurred around the world. The United Nations Food and Agriculture Organization is warning the drought conditions in China, Europe and Great Britain  may lead to the worst food inflation we have seen to date.  Combine this with the loss of crops in Japan due to the earthquake and tsunami and flooding, plus drought and tornadoes in the United States and the outlook is not good for food supplies and food prices. The fear is food shortages will increase the frequency and intensity of food riots in many more countries.

Has the time for preparing passed? No, but maybe the time to ask what we are preparing for has. It is here. Now is the time to gather your family and to discuss your priorities for the coming year. Summer is almost here and it is not too late to plant a garden. It is not too late to plan a stay-at-home vacation to save money for self reliance goals. Summer vacations from school are the perfect time to clean out used items and sell them at a garage sale or online.

There will never be a less expensive time to purchase preparedness items or to learn skills that will save you the money you are now spending on them. Now is the time. Don’t make the mistake of thinking this won’t affect you. It will. Don’t make the mistake of thinking it can wait and looking back months from now and wishing you had taken action when prices were lower.