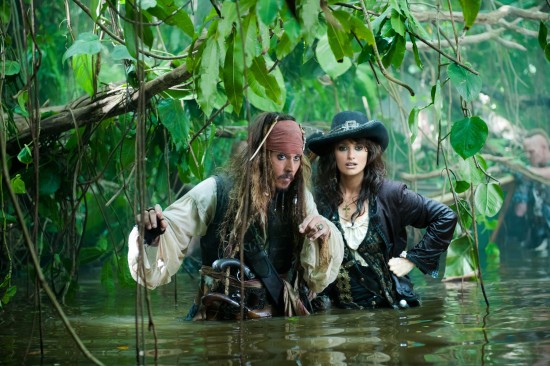 Alas, it seems that Disney may never recreate the lighting-in-a- bottle charm of the first Pirates film. Contrary to what you may have heard from critics, this sequel isn’t a bad film. Neither is it, as some die-hard fans have enthused, the “best Pirates ever” (which they likely say every time a new one comes out).

While Dead Man’s Chest and At World’s End suffered from being too ambitious (so much so that even Depp admits he didn’t understand the plot), On Stranger Tides attempts to scale back to the stand-alone simplicity of the first film. A wise move, though sadly this film feels undercooked. All of the ingredients are there for this to be as fun as the maiden voyage, but the effort necessary to develop the action, comedy, or drama to their potential seems missing.

The villain, Blackbeard, is perfectly cast with Ian McShane, though he displayed more convincing menace as the villain in Kung Fu Panda. Penelope Cruz adds some spice as a Spanish pirate, but her emotional arc is underdeveloped. Curiously, a Christan missionary is portrayed in a favorable light, though his potential romance with a mermaid fails to pack the emotional resonance that it’s clearly meant to (it also pales in comparison to the tender chemistry of Orlando Bloom and Kiera Knightley in the first film). Geoffrey Rush continues to impress as Barbosa, but much of his menace has been diluted. Even Hanz Zimmer dials in a musical score that seems to be copied and pasted from previous films. 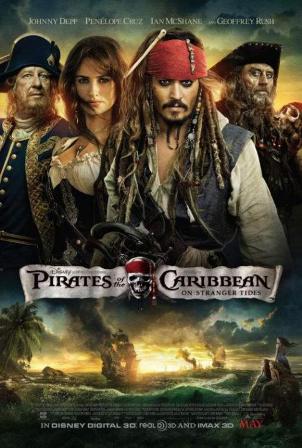 Thankfully, Depp continues to be a hoot as Jack Sparrow; I had grown tired of the character by the end of the third film, but somehow Depp breathes charm back into him again. Though Sparrow is still a scoundrel, he’s pulled a Han Solo and become more of a heroic and noble figure than he used to be. Depp’s swordplay skills have become more impressive over the years, though no sequence matches the intricate staging and choreography of the battle for the key in the second film. Though enjoyable, none of the action has the scope we’ve come to expect, save for a riveting battle against, of all things, mermaids. The scene is terrifying, haunting, heroic, and fun, with imagination rivaling the underwater skeleton army from the first film.

Sadly, the rest of the film fails to match the creativity and craftsmanship of this exemplary moment. Zombies, voodoo dolls, and a ship with supernatural power are thrown into the mix, but they’re not given much to do. Ultimately, this Pirates film is fun but forgettable. There are some truly funny moments, it was never boring, and the wardrobe and set design continue to be splendid, but if the series is to continue they need to recapture the magic. Depp is game, Disney, so find writers and a director to match him.

CONTENT ADVISORY: Pirates of the Caribbean: On Stranger Tides is rated PG-13. There is plenty of pirate violence, including shootings and stabbings. A mermaid attack is truly creepy, with blood in the water, etc. The film has more innuendo than previous outings, as well as some mild immodesty. There are a pair of mild profanities.

For fun videos, articles, and reviews by this author visit www.mormonmovieguy.com