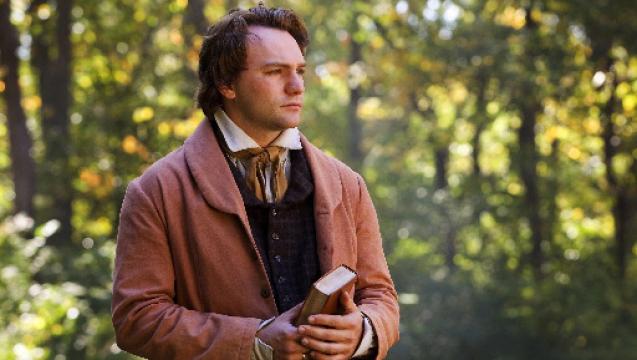 A motion picture about the life and legacy of Joseph Smith, the founding prophet of The Church of Jesus Christ of Latter-day Saints is now available online at MormonChannel.org/Joseph.

This is the first full-length motion picture the Church has released on the Internet. It is a revised version of the film that has been shown since 2005 in the Joseph Smith Building in Salt Lake City and in 19 visitors’ centers around the world. The revisions are to make it more easily understood by a wider audience, now that it is available to everyone online.

Ron Munns, who produced the original film, said, “The first Joseph Smith film was excellent and was well received by many. However, some parts were not easily understood if you did not already know the story. Everyone comes to the film with different backgrounds and knowledge and we wanted to make sure that every person who sees the film walks away with a better understanding of the Prophet Joseph and what he did.”

In the new version, “there is less focus on Joseph the man and more focus on Joseph the prophet. It’s the same story, just with a different emphasis,” said John Garbett, who produced the new movie. For example, a scene showing a leg operation Joseph had as a young boy was removed because it was less essential to the purpose of the film. Those who have seen the film before will notice that the revised version has a new narrator: an actress representing Lucy Mack Smith, Joseph’s mother.

“We chose this device to tell the story because Lucy Mack Smith was an eyewitness to everything that happened,” Garbett said. “This is a mother talking about her son in her own words.”

The revised version is five minutes shorter than the original and about 40 percent of the movie is new. Footage from the first version was re-edited to fit the revised storyline and Garbett and his team also shot some new scenes.

“Even if you have seen the previous version, don’t miss the opportunity to see the new one. It will help enhance your understanding of the life and mission of Joseph Smith,” said David Nielson, managing director of the Church’s Media Services Department.

Currently, the film is only in English but may expand to additional languages in the future.

Please think of a friend you can personally share this movie with. And also pass this information along to others with the challenge that they share it as well.