Elder Jeffrey R. Holland of the Quorum of the Twelve Apostles told reporters in a news conference Tuesday that the Church has committed substantial financial aid to Japan and that Church missionaries will be moved out of affected areas.

“We have great concern for everyone. Our prayers are being offered for them, and substantial financial help has already been committed to the nation.”

Concerns over limited food, power shortages and the possibility of radiation leaks from damaged nuclear power plants has prompted the Church to move its missionaries from two missions.  “Given the radiation issue, we have taken the precaution of moving them out of the immediate area of concern in the Sendai and Tokyo missions,” he said. “We are moving the missionaries as safely as we can, given the transportation and infrastructure being what they are. No one’s panicking. We’re doing this in a calm and reasonable and very optimistic way.”

The Church had previously announced that all missionaries were accounted for. “There was great joy both for the leaders in Japan and the leaders here as we were finally able to report that every missionary is safe and accounted for,” said Elder David F. Evans, an executive director of the Church’s Missionary Department, who also spoke at the press conference. 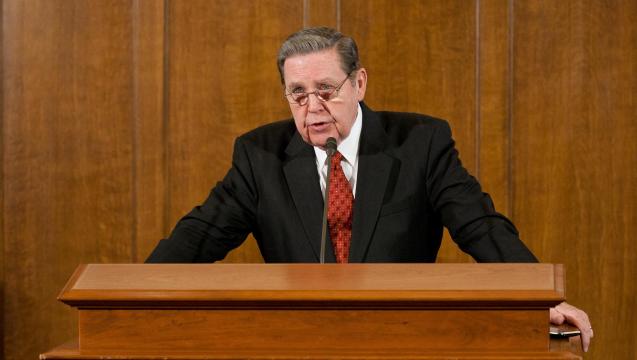 See the story at the LDS Newsroom.