What Some Scholars Call Legend

D. Kelly Ogden is a Professor of Ancient Scripture at Brigham Young University. 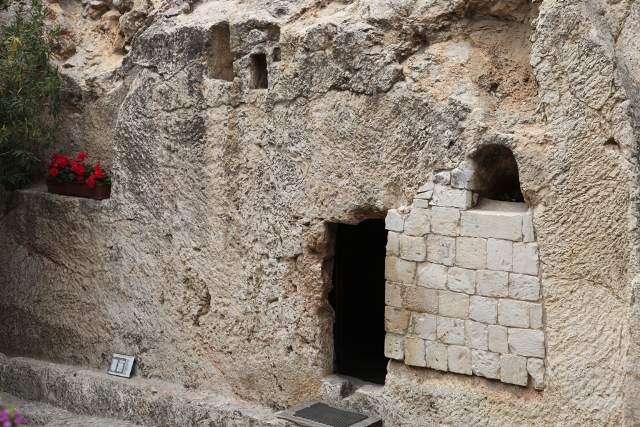 Through my years of textual study of the Bible (in English and in the original languages), I have encountered an impressive barrage of scholars who, in their zeal to critically analyze the various documents and hypothesize about their origin (“higher criticism”), have made concerted efforts to take prophecy and anything miraculous out of the Bible.

For biblical stories like the meal jar and oil cruise which never seemed to be exhausted, Balaam’s ass, Elijah’s ravens, Jonah’s whale, Lot’s wife, Samson’s jawbone and foxes, the manna and quails and water from the rock, the miracles in Daniel, the crossing of the Red Sea, and the sun and moon standing still—for all these and more the scholars have a tidy repertoire of labels like myth, fairy-tale, folk-tale, saga, and legend.  Anything the critic cannot himself understand or that lacks some “tangible evidence” is summarily classified as something which could not have been.

Yohanan Aharoni, one of modern Israel’s greatest archaeologists, regarded the biblical accounts of the Israelite conquest of Canaan as fictitious.  He wrote, “The biblical tradition speaks only in legendary terms about the conquest of Jericho and Ai . . . Evidently, these stories are popular aetiological legends faithfully describing the situation in the period of the Judges in which Israelite villages were founded on the ruins of these ancient mounds, but one may not use them to reconstruct the course of the Israelite conquest.”[i]

In A History of the Jews, Abram Leon Sachar wrote of the conquest, “This account, with its miracles and its lessons, is, of course, the romantic fabrication of the Deuteronomistic and priestly historians.”[ii]

The text of the Reader’s Digest Atlas of the Bible is quite accurately presented by a group of renowned Bible scholars.  He who prepared the section entitled “The Prophet Elijah,” however, wrote in rather condescending terms: “The Elijah stories in 1 and 2 Kings are a legendary cycle, weaving together his miraculous adventures and historical events in the time of the Omrides . . . This rough man of the desert fringe—spare, solitary, rudely clothed in hair shirt and leather—seemed to appear and disappear at will, leaving his supporters mystified and his opponents perplexed. . . . In one of the most charming of the Elijah stories, the prophet was said to have been fed by ravens . . .”[iii]

The life of David was recorded in some detail by the biblical historians.  There is ample material for the critic to question.  Erich Auerbach wrote that “in the stories of David the historical report predominates.  Here, too, much that is legendary still remains, as for example the story of David and Goliath . . . Even where the legendary does not immediately betray itself by elements of the miraculous, by the repetition of well-known standard motives, typical patterns and themes, through neglect of clear details of time and place, and the like, it is generally quickly recognizable by its composition.  It runs far too smoothly. . . . Legend arranges its material in a simple and straightforward way.”[iv]

In Macalister’s The Philistines – Their History and Civilization, we have the same story disposed of in this curt manner: “The folk-tale of a giant-killing shepherd-boy, coloured by some actual incident of David’s later campaigns, has been substituted for the less picturesque story of the battle . . .”[v]  In Bronze Age Civilization: The Philistines and the Danites, author Allen Jones enjoined: “the killing of Goliath at the hands of David was the brainchild of a later writer who added to David’s reputation and fame.  By such means legend is born.”[vi]

Some scholars have a host of definitions to which they can resort when labeling the revelatory or prophetic experience.  When the man of God foresees the future, the phenomenon is called “hallucination or corporeal revelation,” “imaginary vision,” “autosuggestion,” “platonic madness,” “eccentric, unreasonable, abnormal states of psyche,” “ecstatic stimulation of possession” “Dionysiac frenzy,” “magic,” “revelatory fancies,” or “psychic disturbances and their physical manifestations.”

The Prophet Isaiah foresaw the time when, after the Babylonian exile, Jews would be restored to their homeland with the aid and blessing of a Persian king.  As Isaiah envisioned the time, yet two centuries off, he even named the king (Cyrus) in his revelation (Isaiah 44:28; 45:1).  Of course, to some modern minds it is not possible to know and describe something that would happen two hundred years in the future, and besides, all those final chapters of the Book of Isaiah presuppose the Persian time period, so they must have been written by another man living during those events (the scholars thus created a “second Isaiah” or “deutero-Isaiah”).

Latter-day Saints are not bothered at all by the notion that someone could foresee the future.  Adam, Enoch, Noah, the brother of Jared, Abraham, Joseph, Moses, Isaiah, Nephi, Peter, James, and John, and other prophets witnessed by vision many scenes throughout all periods of our world’s history—from beginning to end.  Nephi saw two millennia into the future to identify, even by name, the great prophet who would head our dispensation (Joseph Smith – see 2 Nephi 3).

It was the same Nephi who, while envisioning latter-day churches and religious scholars, warned that:

“They shall teach with their learning, and deny the Holy Ghost [prophecy, revelation], which giveth utterance.  And they deny the power of God [miracles], . . . they have all gone astray save it be a few, who are humble followers of Christ; nevertheless, they are led, that in many instances they do err because they are taught by the precepts of men. . . . wo be unto him that hearkeneth unto the precepts of men, and denieth the power of God, and the gift of the Holy Ghost!”  (2 Nephi 28:4, 5, 14, 26; italics added).

“There is one group of scholars that work insidiously sometimes, pretending Christianity and a belief in Christ, but nevertheless who subtly teach us things that do not come within what we understand as Christianity. . . .

“Anything beyond the moral teachings is put in the realm of myth, legend, popular exaggeration, symbolism, [and] allegory. . . . Their standard of elimination is that any ‘event which lies outside the range of the known laws of Nature,’ must be disregarded.  This destroys the divine origin of Jesus, his miracles, his resurrection, and much of his doctrine . . . In my view, that doctrine [of these scholars] is not only sacrilegious, but to me it is also blasphemy, something to be utterly cast away.  We have less left after they get through with their discards than the old paganism.”[vii]

Elder Clark had good reason to raise the warning voice about some of today’s religious intellectuals.  A case in point is the following series of quotations from The Life of Jesus by Ernest Renan: “That the Gospels are in part legendary, is evident, since they are full of miracles and of the supernatural. . . . In a general sense, it is therefore true to say that Jesus was only [a magician] and exorcist in spite of himself.  Miracles are ordinarily the work of the public much more than of him to whom they are attributed.”[viii]

And of the “resurrection legend” Renan wrote:

“On the Sunday morning the women, Mary Magdalen the first, came very early to the tomb.

The stone was displaced from the opening, and the body was no longer in the place where they had laid it.

At the same time the strangest rumours were spread in the Christian community.  The cry ‘He is risen!’ quickly spread amongst the disciples.  Love caused it to find ready credence everywhere.  What had taken place?  In treating of the history of the Apostles we shall have to examine this point, and to make inquiry into the origin of the legends relative to the resurrection.  For the historian, the life of Jesus finishes with his last sigh.  But such was the impression he had left in the heart of his disciples and of a few devoted women that during some weeks more it was as if he were living and consoling them.  Had his body been taken away, or did enthusiasm, always credulous, create afterwards the group of narratives by which it was sought to establish faith in the resurrection?  In the absence of opposing documents, this can never be ascertained. Let us say, however, that the strong imagination of Mary Magdalen played an important part in this circumstance.  Divine power of love!  Sacred moments in which the passion of one possessed gave to the world a resuscitated God!”[ix] 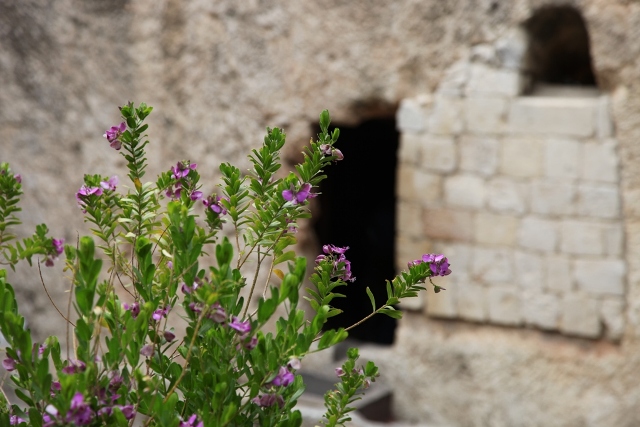 Not unlike the tone of Renan’s conclusions is Sachar’s subtle explaining away of the Resurrection: “It is not likely that the women and the disciples who told of their Master’s reappearance after his crucifixion were deliberately deceitful. Their amazing devotion to his memory, their unshaken conviction that he was the Messiah, their exaltation and enthusiasm, were not artificial.  Doubtless their imagination was set on fire when the body disappeared, and they sought no rational explanation.  They actually saw their crucified Master as vividly and as truly as Isaiah saw his heavenly visions, and as other sensitive spirits, in exalted religious moods, were certain of transcendental experiences.”[x]

Such is the inclination of many Bible scholars today: to extract from the holy text all those inexplicable prophetic utterances and miraculous acts.  It is amazing, however, that anyone living in modern times could discount miracles, or believe that the miraculous is only legendary, for we live in a day of miraculous things.  If we had lived just a century or two ago and tried to convince someone that it would one day be possible to talk to somebody, even see somebody, live as we say, who was on the other side of the world, we would have been considered a crazy dreamer.  Such a thing was impossible.

What if we had tried to convince someone it would soon be possible to see things a thousand times smaller than what the human eye can see?  What if we insisted that it would be possible to “see” and record phenomena happening billions of miles out in space?  What if we wanted someone to believe that it is possible to record the human voice, actual human speech or singing—an entire concert—on a piece of plastic material, read by a beam of light?  Or that a tiny board of microscopic circuits could make a machine type out an entire letter to a friend in a matter of seconds?

It is amazing that anyone could not believe in miracles when we are now surrounded by things which people from any other period of human history would consider supernatural and miraculous.  Note the question posed to Sarah, when she doubted that her old body could now do the impossible: “Is any thing too hard for the Lord?” (Genesis 18:14)

The prophet Moroni had a word to say concerning those who would be slow to believe in the miraculous power of God:

“I speak unto you who deny the revelations of God, and say that they are done away, that there are no revelations, nor prophecies . . .

“He that denieth these things knoweth not the gospel of Christ; yea, he has not read the scriptures; if so, he does not understand them. . . .

“And who shall say that Jesus Christ did not do many mighty miracles? . . .

“And if there were miracles wrought then, why has God ceased to be a God of miracles and yet be an unchangeable Being?  And behold, I say unto you he changeth not; if so he would cease to be God; and he ceaseth not to be God, and is a God of miracles.