I love the gospel. I love cinema. Whenever the two meet the potential exists for both soul-stirring art and well-meaning attempts that cause the message to fall flat. These three recent Christian films attempt to both entertain and inspire, with varying degrees of success.

Lord, Save Us from Your Followers 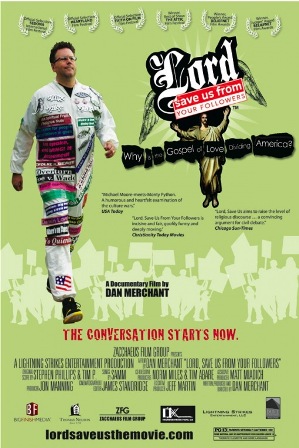 The clever title is accompanied by a clever film. Director (and star) Dan Merchant’s fair and thoughtful look at America’s “culture wars” is Exhibit A for the case that documentaries can be as moving, funny, and entertaining (if not more so) than mainstream films.

Merchant, a Christian himself, sets out to examine the damage inflicted to the Savior’s cause by those who profess belief, but practice hypocrisy and judgment instead of love and service. Equally important, he also investigates how belief in Christ motivates millions to do good and bring healing and hope to others. Interviewing big names from both the right and the left, using archival footage of famous humanitarians and outspoken celebrities, conducting man-on-the-street interviews (like American Mormon, but with more poignancy and purpose), organizing a good-natured Family Feud-type contest between believers and secular humanists, and using humorous animation, Lord Save Us From Your Followers invites the viewer to look for the good in those who do not share their beliefs or values.

In doing so, it echoes President Hinckley’s plea that we “disagree without being disagreeable” and to: “Be friendly. Be understanding. Be tolerant. Be considerate. Be respectful of the opinions and feelings of other people. Recognize their virtues, don’t look for their faults. Look for their strengths and virtues, and you will find strength and virtues that will be helpful in your own life” (Go Forward With Faith, p. 576). A section on friendships with homosexuals is summed up by one interviewee’s observation that “you don’t have to agree with someone’s lifestyle to be their friend, to be their brother, and to defend them from abuse.”

Lord, Save Us From Your Followers is an excellent film to watch with teens and up (as it deals tactfully with mature issues) and would be well-accompanied by a study or discussion of Alma 4:6-14, as well as Elder Quentin L. Cook’s April 2010 General Conference talk entitled “We Follow Jesus Christ” (Sunday morning session). Rated PG-13 for mild language and mature themes. 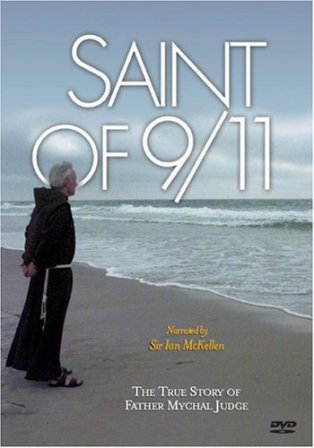 I have mixed feelings about this one. As a film and as a tribute to a great humanitarian, this documentary shines as it explores the life of Father Mychal Judge, the Franciscan friar who served the people of New York City, including the fire department, for decades. Judge lost his life when he rushed in to the World Trade Center to assist in the rescue and comfort the victims. The film is truly inspiring as it uses archival footage, photographs, and interviews to chronicle the ministry of a man who loved Jesus Christ and displayed exemplary sympathy and mercy for those around him. His service to the poor and the afflicted was truly Christlike. Especially touching are accounts of Judge, early in the AIDS epidemic, washing and massaging the feet of dying homosexuals and praying with them while others shunned and ostracized them.

Judge himself struggled to reconcile same-sex attraction with his faith, which could be inspiring except that the film makes no effort to clarify whether he remained celibate and even subtly implies that he may not have. Judge openly blessed gay unions, a practice the film celebrates. This week’s first film, Lord Save Us From Your Followers, calls for disagreeing with genuine love, treating homosexuals as human beings worthy of respect, repentance of “gay-bashing,” seeing the good in everyone, and honoring the agency of all people to live how they choose. It leaves the issue of condoning or not condoning homosexual behavior up to the viewer.

Saint of 9/11, on the other hand, spends a good deal of time hailing the mixing of Christian faith with homosexual behavior and relationships, portraying Father Judge as a crusader of that ideology. As a result, the film may alienate viewers who do not share its worldview. Viewers should note that it contains brief harsh language. 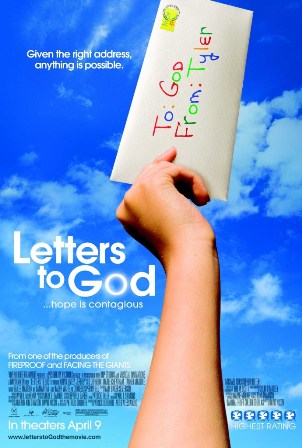 Some will likely find this film charming and uplifting. From one of the producers of the (superior) films Facing the Giants and Fireproof, Letters to God finds a single mother and her family struggling with her son’s terminal cancer.

The boy writes letters to God, which are intercepted by a postman struggling with his own crisis of faith. This would-be tearjerker is earnest and well-meaning, but the dragging pace, amateur acting, and sloppy execution drag it down. Families looking for wholesome entertainment may be pleased, but others might find their hearts unstirred.