Beautiful for its Perishable Pulse

Mariah Proctor is a junior at BYU who just returned from spending a challenging summer in Thailand. 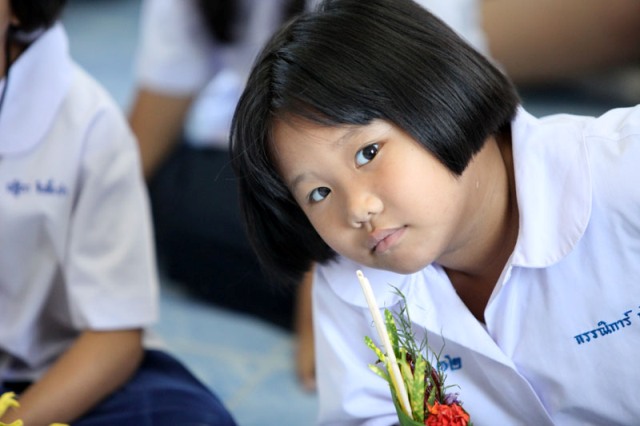 It’s funny the way that leaving a place suddenly adds a silver lining that you didn’t see there before. After three months of frustration, feeling completely unequipped and unmotivated, teaching kids lessons they didn’t want to learn, landing myself a sweet tension headache almost daily, which increased in pain by the hour, saying goodbye suddenly turned into a final farewell that was heartfelt. The little monsters that had made my Thai teaching job this summer the hardest, suddenly appeared in their true form to me at the prospect of being free of responsibility for them–just kids–as confused at what I was saying, as I was at what they were saying. Suddenly, I took the grandparent role of seeing the baby when it’s giggling, and then handing it back to the parents when the diaper starts to smell. 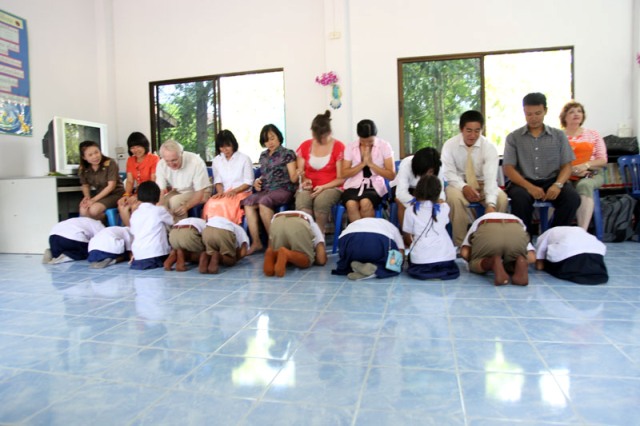 The rest of Thailand did that too, not “started to smell,” but suddenly took on the sentimental glow of what has been. The beauty inherent to things that end reminded me of a poem I read once called “Sonnet on the Death of the Man Who Invented Plastic Roses.” It talks about how this man, though his “undying flawless blossoms never close,” “understood neither beauty nor flowers.” The line of the poem that stuck with me the most the first time I skimmed over it, somewhat disinterested, was “flowers are beautiful because they die.” I’ve often known that sensation; the realization at the end of a perfect day that it would hardly be so wonderful if it didn’t eventually close. But not until Thailand have I found that an experience, which was anything but perfect, suddenly became beautiful at the prospect of its expiration. 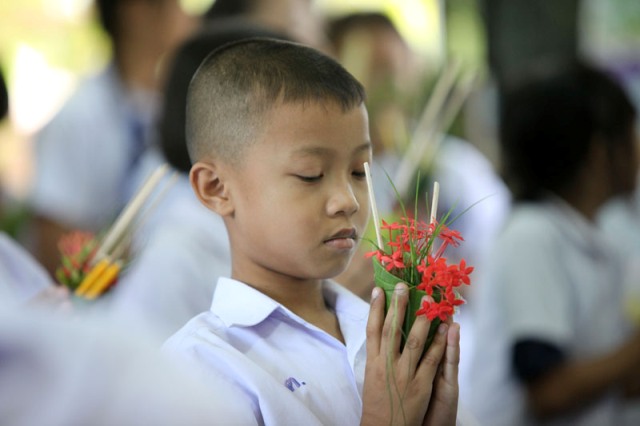 That culminating beauty filled me with the deceptive idea that perhaps I should prolong the life of this summer rose, but ultimately I’d stumbled upon what needed to be the natural conclusion (that and I hit a rice wall—that point where white rice, three meals a day is no longer gastronomically tolerable). Though my flight was scheduled for the end of August, having plans fall through was pretty standard procedure for my Southeast Asia experience, and the two weeks between the end of my internship and my ticket home were no exception. Word on the street was, despite outrageously overbooked flights back to America, since everybody else’s plans get thrown for a loop in this place, there’d be a seat for me on an earlier flight. So I bought a ticket to Bangkok and decided to try it. Flying standby all the way to the states sounded doable and even fun. 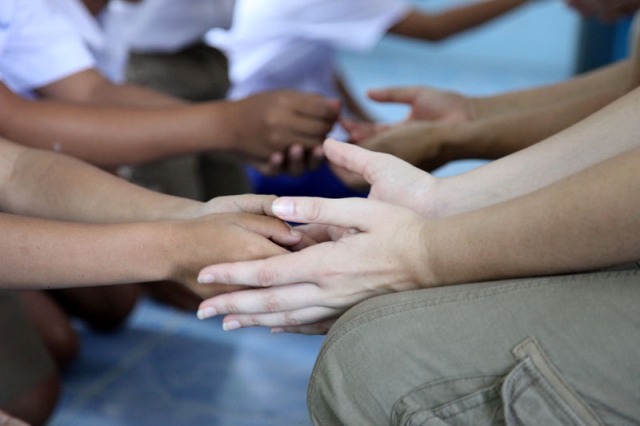 That first night in Bangkok, I spent on a bench next to a man from New Zealand on his way to Phuket to enjoy the sun and sand. It was an adventure. I even filmed a music video capturing the evening because, frankly, when there’s a song from an eightie’s rock musical called “One Night in Bangkok” and you happen to be in Bangkok for one night with a camera and some dancin’ socks, what else is there to do but make a music video?

At that point it was still an adventure, and it made me feel so grown up to walk up and present my passport and my situation and have people say they were working on it for me. The very fact that I only spent one night in Bangkok tells you how easy getting out of Thailand proved to be. But the ease only got me as far as Tai Pei, Taiwan before the “things don’t always work out” bear bopped me on the head with reminders again. I’ve been visited by his brother the “mostly they don’t” bear, many times over the summer months.
I understood before I left for Taiwan that I may end up stuck there, and so, to trick fate, I made myself a full tour itinerary for my inevitable Taiwan getaway (so that perhaps, just because I was all prepared to stay, they would let me go). The plan included a great bus tour of the city and a trip to a hand puppet museum and maybe a little Taiwanese opera in the evening.

But my trick didn’t work.  Making travel plans didn’t suddenly open up a miracle seat on the plane to L.A,. and by my third day in the Taiwan airport waiting for a flight as a standby, I started to believe it never would.

People always say that you’ll laugh about it later, but to be honest, my three days in the Taiwan airport were laughable to me as they happened (except when I was crying). I am now extremely familiar with the list of movies that can be found on youtube in their entirety, and I even took the time to watch The Terminal with Tom Hanks for tips on how to make airport life livable.

In the eight hours between finding out I couldn’t get on the 15:40 flight and my next opportunity at 23:40, I would watch movies and send emails, and I managed to pick up a Japanese stalker named Yuki. In the sixteen hours between my 23:40 disappointment and my  next 15:40 hopeful, I would lay out a sleeping area in the stifling, but unoccupied fourth floor, kneel by my makeshift bed and say my prayers before grabbing as many hours of rest as were bodily possible on a marble floor.

Those in between times were all a matter of easy adaptation. It was the 15 minutes at the counter where I finally discovered the meaning of “baited breath” that were hard. When I began to realize that what I was asking was no easy task, and that, frankly, no airline employee routinely found it in their heart or job description to make it easier—each walk up to the counter became a harrowing experience. I’ve never felt so vulnerable or helpless or alone in my entire life as I did in each tiny slice of an hour that I knew would conclude with an “all full.”

But I’m home now, it’s been one day since the expected date of my original return and exactly two weeks since I actually arrived. “Beauty without the perishable pulse is dry and sterile.” Even the dear little Taiwan airport took on a bit of a beauty at its final few minutes, and I’ve come to realize that that perishable pulse doesn’t just mean that things have their time and that’s beautiful.  It also means “this too—whatever it is—shall pass.” How did I finally get out, you ask? I made a scene. I wept openly. Through the calm Asian reserve came tumbling a messy, weepy, bumbling thing wanting out more than wanting life and suddenly doors (specifically pressurized cabin doors) were opened for me. It wasn’t a lie–actors are truth tellers.  It was merely a moment of uninhibited feeling: my greatest performance ever.