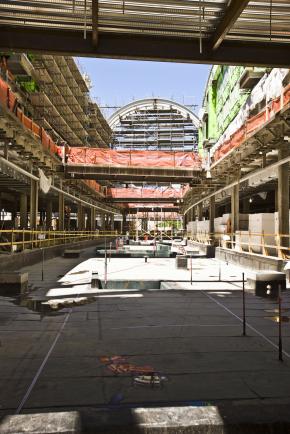 A recent column on Forbes.com (“Salt Lake City’s Sacred Space”) by Joel Kotkin takes a look at how City Creek — an initiative of The Church of Jesus Christ of Latter-day Saints — is enhancing downtown Salt Lake City. The Church undertook the City Creek project to protect the environment around Temple Square.

“On the surface, Salt Lake City, America’s 38th largest central business district would seem an unlikely place for such an ambitious development,” Kotkin wrote. “Over the next decade, the Church’s effort could represent something unique in an urban America increasingly obsessed with the ephemeral.”

Kotkin, who writes Forbes’ weekly New Geographer column, is a distinguished presidential fellow in urban futures at Chapman University, as well as an adjunct fellow at the Legatum Institute in London.

For those who haven’t seen the concept for the new City Creek project: