July is a Month for History | Meridian Magazine

July is a Month for History

It’s American History time, the time when we remember, honor and celebrate our great country and all who came before us to found and preserve freedom. Here are some outstanding new books that go right along with Independence Day.

George Washington’s Socks, by Elvira Woodruff, starts out as an overnight campout with 5 boys and turns into a time-travel when the boys end up in the middle of the Revolutionary War as Washington crosses the Delaware. Here is a story that will envelop readers ages eight and older into American history. They will learn about the turning point in the war as they experience first hand the cold early morning crossing as Washington’s soldiers secretly entered into Trenton to surprise the Hussians. This newly reissued paperback brings to light the difficulties and dramatic events of the war while combining children in current time to life in the 1700’s.

O, Say Can You See? America’s Symbols, Landmarks, and Inspiring Words, by Sheila Keenan, and brightly illustrated by Ann Boyajian, is a nice composite of interesting and important facts about our country, geared for younger kids, ages 6 to 10. The first of the four sections is titled “Important Places” and includes information about Plymouth Rock, Independence Hall and The White House. The remaining three sections are “Interesting Objects”, “Inspiring Words” and celebrating “American Holidays”. My favorite section is the Inspiring Words section where you find the background to “The Declaration of Independence” and “The Bill of Rights”. This is an excellent book that will give younger children a beginning grasp of what it means to be American. It was first published in 2004 and has recently been published in paperback. You’ll find a helpful glossary, additional books on the subject and an interesting author and illustrator’s note found at the back. 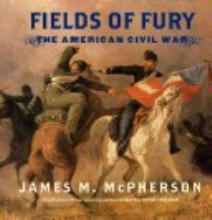 Fields of Fury: The American Civil War, by Pulitzer Prize winner James M. McPherson, is perhaps the best in-depth summary into this tragic war for children ages nine and up. The author sums up the major battles, the major players and the difficulties of the country that was split in a way to reach kids’ understanding and interest. There are actual photos, maps, newspaper articles and full page paintings found throughout, making this a perfect kid-friendly format. You’ll find Civil War websites and a helpful glossary at the back and don’t forget to check out the timeline in both the front and back endpapers.

50 State Quarters (including the District of Columbia and U.S. Territories), published by Scholastic, is actually a folder that enables you to collect quarters from each state and place them inside. There’s also a 32 page booklet full of interesting facts about each state. By collecting these quarters, chances are there will be a lot of learning taking place about each state and territory. 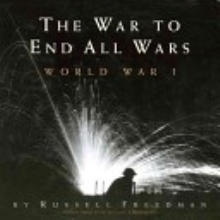 The War to End All Wars: World War I, by Newbery Medal winner Russell Freedman, is a documentary that encompasses the complexity of this war that was the first to involve, or affect, the entire world. The involvements of alliances of different nations, the beginning of modern weaponry and the entanglement of military decisions proved that ultimately this war would become the prelude to World War II. After 4 years of this war, the casualties were in the millions. There are photos and maps sprinkled throughout, along with a helpful index located in the back, and the format is geared for ages 12 and older. 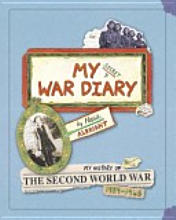 My Secret War Diary: My History of the Second World War 1939-1945, by Marcia Williams, is a great introduction for ages nine and up to this war. It takes a young fictionalized Flossie as she is living in England and what happens to her and her family as she lives through the war. There is much to learn about from the types of food and energy rationing to the hardships of helping evacuees as they come to live near her village. And, there are many fold-outs sprinkled throughout helping to break up the journal entries.

Good Night, Maman, by Norma Fox Mazer, is a historical fiction novel about a Jewish girl, Karin, who along with her brother, escapes from Paris as the German army occupies the city in 1940. What happens to each of them and where they end up is riveting and enlightening.

They end up in the only refugee camp in America in upstate New York. The story is told through her eyes and is well told, engaging and portrays the main element that helps both siblings survive all the difficulties they face and that is the strong bond of love and family. This book is good for ages nine and older. 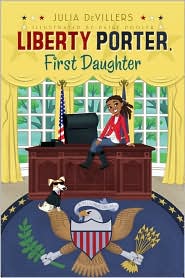 Liberty Porter: First Daughter, by Julia DeVillers, is a delightful book geared for ages 8 to 10 with a few illustrations sprinkled throughout. Nine-year-old Liberty is the daughter of the President of the U.S. and is excited to show that she can handle this big job of having her father as the President. But she is continually getting into trouble as her decisions aren’t always the best. The reader will learn about the White House, along with the many staff it employs. This is a fun and enjoyable read especially for the reluctant reader.