The Great Adventure – Worth the Risks

A few months before the death of my friend Terry Jeffers of San Antonio, Texas, I asked this valiant member of the Church how he was handling what he knew, courtesy of cancer, to be his shrinking number of days in mortality. His calm answer spoke volumes, “It’s all part of the Great Adventure.”

I capitalize those two words because that’s how he spoke them – with a reassurance of the reality of the hereafter that even bordered on anticipation, adventure being a word that swirled around this gifted spirit since I first met him during our BYU days.

This conversation came to mind again as I read about Laurence and Marianne Sunderland of Marina del Rey, California, who allowed their 16-year-old daughter Abby to attempt a solo circumnavigation of the globe, and the howl from critics when a rogue wave broke the mast of Abby’s 40-foot sailboat and left her adrift in the southern Indian Ocean a few days ago.

“What is wrong with these parents? She is 16, a child,” was a typical comment quoted in the L.A. Times. (1) And some of the “legions” of incensed parents even accused the Sunderlands of child endangerment.

To those who don’t bother to learn of Abby’s training, her parents’ decision to let her try the adventure might look unwise. After all, what kind of parents would send out a child to sail storm-churned oceans alone?

I submit that their decision differs only in scope from what our Heavenly Parents did.

We are told that when Heavenly Father announced His plan for our progress by giving us the experience of a mortal existence,

“…the morning stars sang together, and all the sons of God shouted for joy.” (3)

While many cheered, did the plan have its critics? Only a third of the hosts of heaven’s worth. I can imagine their whiny arguments, more than one in parallel to the arguments the Sunderlands are hearing:

How can you send your children on a journey from which they may not return? It’s unfair.

How can you be so heartless to cut off your children from the only world they’ve ever known, and extinguish their memory of it as well?

Why take the risk? It’s not worth it. You should guarantee a satisfactory outcome.

Sound familiar? That’s because the two schools of thought in our pre-mortal existence are still with us.

On the one hand are those who want a cocoon society where everyone is entitled to the security of food, housing and medical care – even if paid with the sweat of other people’s brows. These are the wimpy souls who want rewards without effort, success without risk, and accolades conferred by fiat instead of deeds. And who criticize those who encourage their children to dream and to dare and to do.

These timid cowards rarely risk deeds that lead to greatness, but are only too happy to control the lives of others in worship of equality of outcomes – the great levelers who make sure no one fails. And if that means commensurately that no one excels, so be it.

If this had been God’s intent, there was an offer on the table He could have accepted.

Then there are those who work with life’s risks instead of against them. These are they:

who willingly, even excitedly (they shouted for joy), accept risks;

who measure the odds and then leave hearth and home to create, compete, and conquer;

who with their deeds strengthen personal character and advance society;

who are confident in the skill sets they learned from their Parents or parents;

who venture onto life’s oceans with only prayer, or a satellite phone, to keep the connection.

These are they who, directly or intuitively, know that our Heavenly Father sent us to fulfill specific missions and to gather experiences that would stand us in good stead throughout eternity – real-life knowledge that can only be achieved by exercising agency with its attendant risks, not surrendering it to the siren-song statists who would destroy it.

Congratulations to you, Mr. and Mrs. Sunderland, and special kudos to your daughter Abby. You and others like you are the reasons civilization progresses, even though many of your critics fancy themselves the adjective-turned-noun form of that verb.

And a tip of the hat in memory of Terry Jeffers who lived and loved the Great Adventure on the oceans of life, risky as it is. 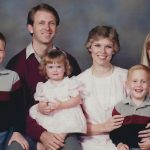 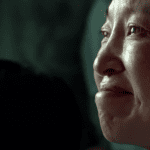 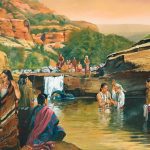 Come, Follow Me for Sunday School: “We Have Entered into a Covenant with Him”, Mosiah 18-24 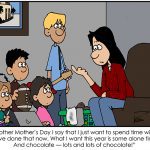 Cartoon: For Mother’s Day this Year… 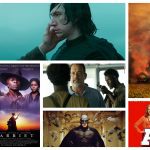 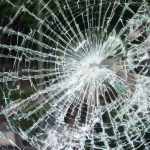 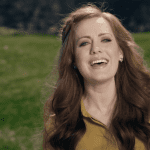 By BreAnn Duce
PAST ISSUES