Will the Real Ken Jennings Please Stand Up? | Meridian Magazine

Will the Real Ken Jennings Please Stand Up?

Will the Real Ken Jennings Please Stand Up?
By Kathryn H. Kidd

Ken Jennings’ fifteen minutes of Jeopardy! fame have been about fourteen minutes too long for one Cottonwood City, Utah resident.  Ken R. Jennings is no relationship to Ken “Jeopardy” Jennings, but the Jeopardy! champ’s fans either don’t know that, or they don’t care.

Unlike the Ken Jennings you watched on Jeopardy!, Ken R. Jennings is neither young nor rich.  He has a good life, though – or at least he did have a good life, before he was stalked by the other Ken’s fame. 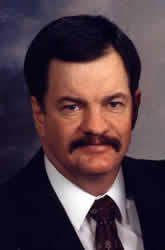 Like his famous namesake, Ken R. Jennings is a member of the Church.  A returned missionary from the Japan Fukkoka Mission (he served in 1972-1973), he is currently his ward’s employment specialist.  He is also a Primary teacher whose wife is Sheila and whose son is named Ryan.

As coincidence would have it, Ken R. is also involved with show business.  The owner of a sign shop, he produces signs that are put on buildings in movies and television shows to convince viewers that the restaurant on the show is, say, “Alphonse’s Steakhouse” instead of the place that local residents know as “Mom’s Greasy Grill.”  If you ever watched “Touched by an Angel” or “Everwood,” both of which were filmed in Utah, you have probably seen the work of Ken R. Jennings.  Look for more of his handiwork in the upcoming Anthony Hopkins movie, The World’s Fastest Indian.

Ken R. was innocently making signs, teaching his Primary class, and living life as an anonymous husband and father when the mother of a lifelong friend asked him if he was related to the Ken Jennings on Jeopardy!. Ken R. had never heard of the Jeopardy! winner, but he responded that all the Jenningses are undoubtedly related, if you go back to Noah.  He didn’t think any more about it.

Soon enough, however, he got a phone call from yet another Ken Jennings.  This Ken Jennings is the father of the Jeopardy! champ, and he made an apologetic call to Ken R. when his son was about four weeks into his winning streak.  “He said he felt bad that I might be getting a lot of phone calls,” Ken R. reported later.

Ken’s father didn’t know the half of it.  Ken R. estimates that “every radio station in the country and every TV” has called him – either during the Jeopardy! winning street or after the other Ken Jennings lost.  “They’d start calling at 6 a.m. and they’d still be calling at midnight.  I leave for work at seven o’clock, and I was getting two or three calls before work.  I was getting phone calls at 12:30 in the morning, too. It was kind of bad.  Everyone thinks I know how to get hold of him, but I don’t.”

It got so bad that Ken R. finally had to take matters into his own hands.  Armed with the telephone number of one of the Jeopardy! publicists, which had been given to him by Ken’s father, Ken R. routed his home phone through an answering machine.  Callers to the home line heard Ken R.’s weary voice saying, “If you’re calling for Ken, Sheila or Ryan Jennings, please leave a message.  If you’re calling for the Ken Jennings from Jeopardy!, you need to call this number.”

Despite the call screening, many of Ken’s fans have gotten through to Ken and his family.  They don’t particularly care when they learn that the Ken Jennings they have reached is not the Ken Jennings of Jeopardy! fame.  “People just want to talk,” he said.  “They ask what it’s like in Utah.  They ask if you’re a Mormon, too.

“Ken Jennings has made a good impression on people of the Church,” Ken R. continued.  “He’s a good man.  People who call ask me about the Church.  Someone came into town from Florida and called me, and she started telling me about how she was in town at Temple Square and how much she enjoyed it.”  She didn’t need to talk to the Ken Jennings – she was just happy to talk to a Ken Jennings.  “She appreciated that I was decent to her, too.”

Piqued by curiosity, Ken R. watched Jeopardy! “a couple of times at first to see who the other Ken Jennings was.  Then I watched occasionally to see how he was doing.”  Ken R. was relieved to see that his namesake was “a good influence, and a good example.  I was glad for him.”

Nevertheless, being glad for the other Ken Jennings could only go so far.  The calls kept coming.  A few, Ken R. said, were from “Mormon haters.  I got a book in the mail that said the Church was wrong.  I got that from a preacher.

“Also, a lot of people ask for money.  One lady called and said she was having trouble with her credit cards.  She was one of the ones who asked for money.”

Not all the phone calls are bad, however.  One caller announced he will be running for president of the United States in 2008.  He wanted Ken Jennings to be his vice-presidential candidate.  He may accept Ken R. Jennings if the Jeopardy! winner isn’t available.

Although Ken R. admits he is pleased with the good fortune of the other Ken Jennings, “I wanted him to lose,” just so the telephone calls would end.  To his dismay, the calls only increased after Ken Jennings lost game number seventy-five.  So did the letters.

“I feel happy for the other Ken Jennings,” Ken R. said.  “I’d like to meet him, because I have a whole box of mail for him.”

Ken R.’s son Ryan may not feel as charitable about the whole situation, however.  Ken R. admitted that when Ryan answers the phone after midnight and someone asks if he is Ken Jennings, Ryan is likely to answer, “What is ‘no’?”