Celebrating the 10th Anniversary of the St. Louis Missouri Temple A Photographic Essay 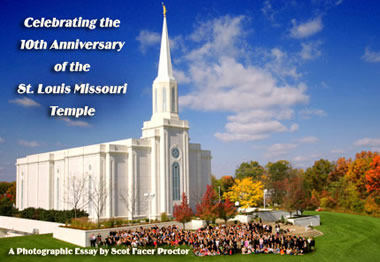 Editors’ note: Many thanks to Dana Lynn King, Meridian’s Bureau Chief in St. Louis, for pulling this and the related story together for today. This date, June 1, is not only Brigham Young’s birthday (1801), but also the ten-year anniversary of the dedication of the St. Louis Missouri Temple. We celebrate by publishing some beautiful pictures of the Temple and gathering quotes from many who were there.

Why should we mark the dedication of this temple in Missouri? Because it was a watermark of sorts and it heralded the beginning of the most amazing era of temple building in the history of the world.

This is a day of celebration indeed. I got into my files and just pulled out a couple of dozen pictures of the St. Louis Missouri Temple that I think you will enjoy. My favorite picture, however, is the one we used as the cover image today and was taken by Bryan Highfill in St. Louis. I do have to say it would be handy to have one of those cherry-picker-boom devices (you know, with the bucket a person can get in and you can get up real high to get a great camera angle — makes me want to do a new book called The Earth from a Cherry Picker, Seeing Life from a New Perspective ).

Click on that picture below (you can click on any of the images to enlarge them) to see the immensity of that photo. After that particular photo, Dana King, Meridian Bureau Chief in St. Louis, explains that day and all that it symbolized for her stake. Enjoy. 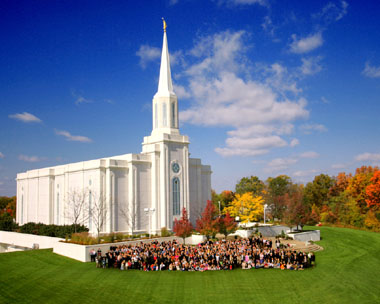 Dana King first suggested that we caption this picture: “Saints Commanded to Gather to Missouri.” She then told me she was kidding but it made for an attention grabber for this photo. Dana continues:

Wow, that is a lot of people in one place — a real modern-day gathering!  Pictured is a large contingent of St. Louis Missouri South Stake members who were invited by their stake presidency to assemble, following the close of the general session of October stake conference, in front of the St. Louis Missouri Temple. This picture was taken in remembrance of the completion of a stake-wide challenge, given earlier in the year, encouraging every endowed member to attend the Temple once a week for eight weeks.

The stake presidency feels the photo symbolizes the unity felt among members and fostered by their frequent Temple attendance. President Flint E. Finlinson, counselor in the stake presidency said, “We are grateful for the faith and dedication of the Saints in the past year for their participating in the Temple challenge.”

This photo represents not only where the St. Louis Missouri South Stake has been, but also where the stake is going. Announced at the October 2006 stake conference were plans to commemorate the 10th anniversary of the Temple, dedicated June 1, 1997.

To help jump start the commemoration, being called “Turning the Hearts,” members were asked to turn into the stake presidency, by December 31, 2006, their four generation worksheets and their written remembrance of Temple experiences. The challenges continued as members made Temple Ready their information to “Take an Ancestor to the Temple” in June at a stake-wide temple day. Other celebratory activities are planned, including a Saturday festive family history activity ( see today’s accompanying story ) and a Sunday evening devotional in March.

Bryan Highfill, entrepreneur photographer and filmmaker, took the photo. He was lifted in a cherry picker boom 25 feet above the group. It was a cold day so Bryan worked fast, completing the photo in 10 minutes. The digitized photo was made available to members in email via their bishops. Members were encouraged to use the photo to document in their scrapbooks the remembrance of the challenges put forth. 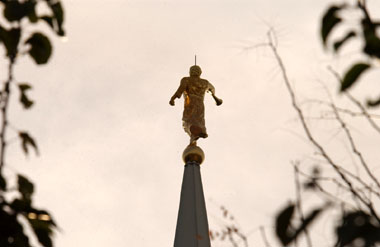 Meridian: What has this celebration done for the stake?

President DKS: It has created a renewed desire to be a temple-attending people.  It has given them a desire to be more active in temple attendance after learning that the temple is operating at a minimal schedule.  We had a photo taken last fall after Stake Conference that is available on our stake web site that has several hundred members there [you saw the photo above]. 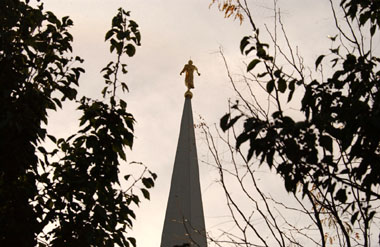 President DKS: The celebration also helped many members complete their 4-generation charts. It also encouraged many to make a family tree display that we displayed at the huge March 17 Family History Heritage Day [see accompanying story].  We now have ours displayed on our family history wall in our family room. It is a great conversation piece.  I think this whole thing has created an awareness of the importance of family history.  It has created a binding link, I feel, just based on the stories of the Saints.  Also, we asked the members of the stake to record a special St. Louis Temple story that helped strengthen them, and we got loads of them.  We have them in the Stake Offices and we will soon archive them to be saved for generations to come. 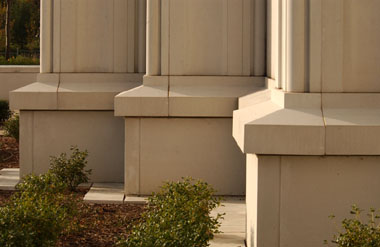 Meridian: What have people told you about how this has changed their lives?

President DKS: Many have said that they needed the awakening that this has created in them to be more temple and family-history minded.  It has made them pause from the rat race of life to think about their families on both sides of the veil.  Many names have been cleared for temple work.  The challenge to attend the temple weekly, which we issued at the Saturday evening session of Stake Conference in April 2007, has resulted in a much higher temple attendance. The temple staff has so indicated.  It is hopefully creating a cross-region improvement of temple attendance. 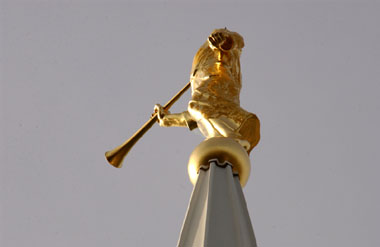 Meridian: What made you decide to do this?

President DKS: I think initially, it was our first attempt at making a major focus on the temple.  It was really last year when we realized that it was the 10 th anniversary of the dedication of the temple.  In our stake we have focused on anniversaries.  We celebrated the 25 th anniversary of the building of the Butler Hill Stake Center, which culminated in a film that told the story, including audio of President Spencer W. Kimball speaking at the dedication.

He actually dedicated that Chapel in 1978. 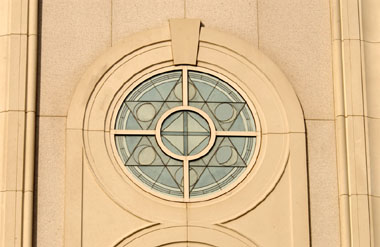 President DKS: Then we focused on the 25 th anniversary of the creation of the St. Louis Missouri South Stake in 2005.  Both of these events created a spiritual upsurge in the stake, so we sought another opportunity to celebrate an anniversary.  The Temple was the next great thing, and though the Church officially does not celebrate 10 th anniversaries or 25 th , (they only officially celebrate 50 th , 100 th …) we wanted to have a reason to remember the Temple and the great sacrifices that went into its construction and to thank the Lord for giving us this beautiful edifice in which to worship Him and to do work for our families.  I personally think that it is a tragedy that the whole region didn’t focus on this. 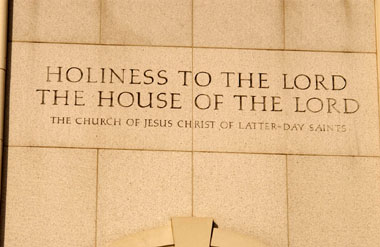 Meridian: So you just went at it alone anyway?

President DKS: We just wanted to celebrate it and it appears to be working.  We will see after this weekend and next weekend when we hope to cram it to the rafters with patrons. 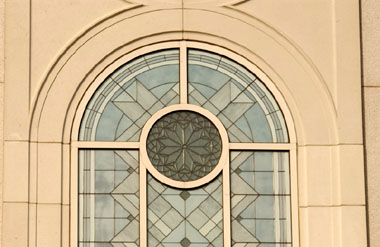 Meridian: What impressed you about the celebration?

President DKS: How truly members wanted to participate and to take the challenges issued to them.  It has been very rewarding to read their stories and see their efforts and creativity.  This has been such a blessing to my own family, and I know how much it means to others.  I also realize that what we have asked has not been easy.  Some wish I would lay off on the challenges.  Some come and thank me for them and ask what is next.  Some who have left our stake write to me to see what is next so that they can participate from a distance if they are able. 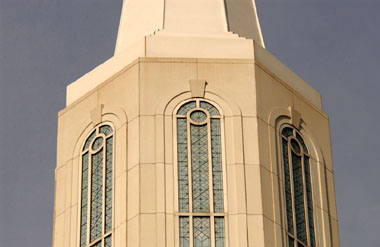 Meridian: That is amazing!

President DKS: It is amazing.  I think the Saints want to be MOVING!  I think they want and need challenges to keep them spiritually alive.  If I don’t challenge myself, I don’t grow.  This has been a great learning experience for me and for the entire Presidency.  The temple has been so cooperative and they are very excited to see what happens this weekend.  I’m chewing off my nails in hopes that we get hundreds of patrons. 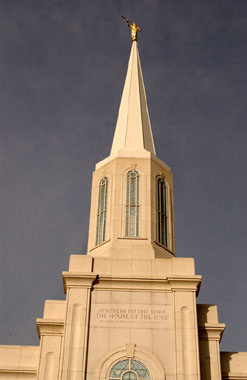 Meridian: Have you tracked any results, statistics?

President DKS: Yes and no.  We could count all of those that were in the picture.  We haven’t.  We can’t ask the members to do a certain number of endowments.  I have asked the members of the stake presidency and high council to report to me after they attend a session to let me know if our members are there, and how many, but not who. 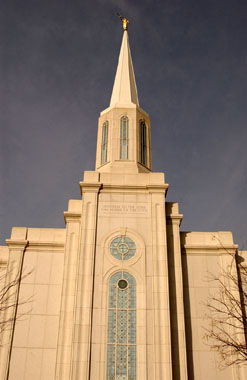 President DKS: We have the stack of stories and 4-generation charts to prove they did it.  We have, as I mentioned earlier, a higher number of Saints from this stake attending the temple on a weekly basis.  My wife and I go every week now and it has been a huge blessing for us. 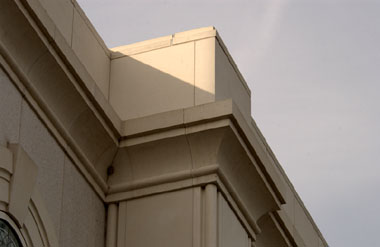 Meridian: Is there anything you want Latter-day Saints (you have the whole world out there as your audience on Meridian) to know about the events?

President DKS: Yes, I think it is high time that the Saints rally to the Church and the Gospel like never before.  We live in a world that is so demanding of our lives and if we don’t focus on those aspects of the gospel that will give us the spiritual lifeblood we need, we can be overrun. 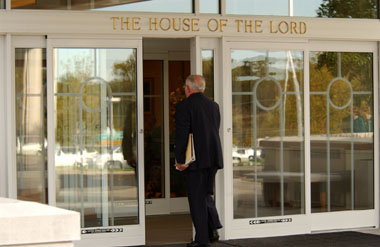 President DKS: I hope that we will answer President Hinckley’s request to attend the temples during the day.  I wish we would sacrifice more for the Kingdom.  It doesn’t take much to do this and when we focus on our Savior Jesus Christ as the center of our lives, we will find an inner peace that surpasses understanding.