FALKÖPING, Sweden – FamilySearch and Svensk Arkivinformation (SVAR), a division of the National Archives of Sweden, have announced the launch of the largest online indexing initiative ever undertaken. 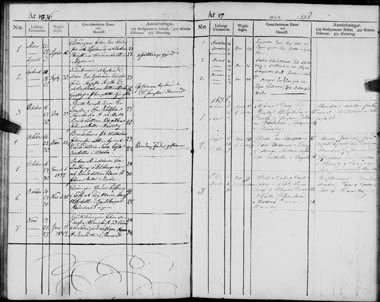 In 1608, the archbishop of Sweden asked the clergy to begin making records of births, christenings, marriages and burials of all the residents of Sweden. By 1686, the clergy were conducting regular examinations of the population of each parish.

The church records (often called “parish registers” or “church books”) span more than two centuries and chronicle the vital life events of an estimated 418 million people who moved in and out of parishes in Sweden.

“The church records are a key source for genealogists seeking Swedish ancestors because nearly everyone who lived in Sweden was recorded in a church record,” said David Rencher, FamilySearch chief genealogical officer. “The challenge now is to make those records, which are written in Swedish, available to researchers worldwide.”

“We are very pleased with the excellent cooperation we have enjoyed for many years between FamilySearch and the National Archives to microfilm and scan the Swedish church records. Now we are going to create an index that will revolutionize the genealogy research in Sweden. The simplicity of finding and reading about one’s ancestors on the Web in the millions of scanned records will attract many beginners of all ages,” said Anders Nordström, director of SVAR.

“To the academic researcher, this is an entirely new means. It makes it possible to do research within disciplines on a micro level, an extent that was never possible before now.”

The way Swedes passed on a family name throughout the centuries is another reason why the indexing initiative is so important to family historians. “Imagine being in a Swedish community 200 years ago and 10 out of 100 people have the same first and last name as you. That’s how small the naming pool was in Scandinavia,” said Jeff Svare, FamilySearch Scandinavian collection management specialist.

If you were Anders Andersson, your father could have been Anders. Your brother could have also been named Anders, as well as your uncle. To help distinguish which same-named person they were referring to at the time, locals added the name of the farm (residence) of an individual.

“Otherwise, when you’re trying to search for Anders Andersson today, your ancestor falls into the proverbial fog of same-named people and you don’t know who they are without the additional context,” added Svare. The FamilySearch index will include the residence or farm name from the individual’s vital record.

The goal is to engage the Swedish community in creating a highly searchable, free online index to the church records. When complete, the index will be the single largest point of access to information contained in the historic parish registers of Sweden. The free index will link to images of the original records hosted by SVAR (but SVAR might charge a nominal fee to view or print the images).

Volunteers need only Internet access and the ability to read Swedish to contribute to this historic effort. A unique quality-control process ensures a highly accurate, finished index. Each document is transcribed by two different indexers, wherever they are in the world. Any discrepancies in their two extractions are then forwarded to a third volunteer – an arbitrator – who makes any needed corrections between the two interpretations.

The project will start with records from Örebro, Uppsala and Södermanland counties. Indexing will begin with the earliest year available for each parish and continue through 1860. A typical downloaded “batch” (group of records) will take a volunteer about 30 to 40 minutes to complete. The indexing utility has built-in tutorials and helps. Anyone interested in volunteering for the Sweden Church Records project can do so at indexing.familysearch.org.