Church Names Its Top News Stories of the Year

Two temple dedications are among the many highlights for The Church of Jesus Christ of Latter-day Saints during 2009. In March, President Thomas S. Monson, world leader of the 13.5 million-member Church, dedicated the Draper Utah Temple. In August he dedicated the Oquirrh Mountain Utah Temple, the 130th temple of the Church and the 13th temple in Utah. Prior to the dedications, nearly 1.3 million people toured the temples during the open house period. President Monson also announced the construction of five new temples during the 179th Semiannual General Conference in October. The locations are Brigham City, Utah; Concepción, Chile; Fortaleza, Brazil; Fort Lauderdale, Florida; and Sapporo, Japan. 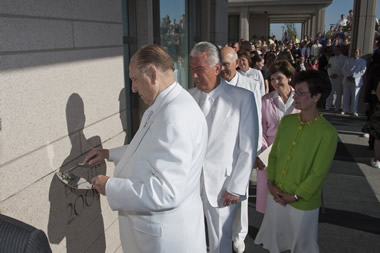 In announcing the five new temples, President Monson said, “We desire that as many members as possible have the opportunity to attend the temple without having to travel inordinate distances.” He also said that 83 percent of Church members worldwide live within 200 miles of a temple and that that percentage would increase as the Church continues to construct new temples. 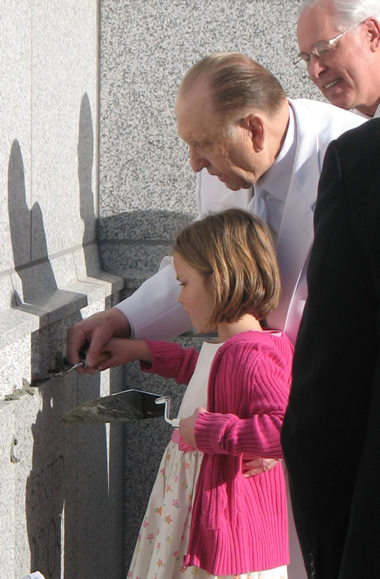 Other news highlights during 2009 included the following:

Elder Neil L. Andersen was called in April to fill the vacancy in the Quorum of the Twelve Apostles created when Elder Joseph B. Wirthlin passed away in December 2008. The announcement was made by Church President Thomas S. Monson to 21,000 people seated in the Conference Center and to hundreds of thousands more watching the broadcast throughout the world. 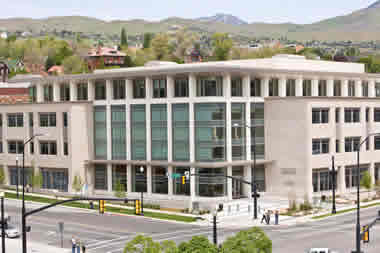 A permanent and safe archive for historical documents and other Church records was completed after 15 years of planning and four years of construction. The new Church History Library was dedicated by President Monson in June. This state-of-the-art building was designed and constructed to meet the high standards for certification as a “green” building through the Leadership in Energy and Environmental Design (LEED) rating system, putting it on track to receive the prestigious Silver designation. But one of the most notable aspects of the new library is that it is designed for public accessibility. 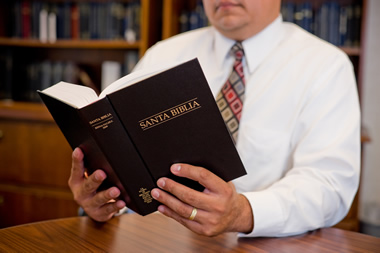 Also completed after years of preparation was the Latter-day Saint version of the Spanish Bible. The book is one of the most significant scripture projects published by the Church and includes new chapter headings, footnotes and cross-references to all scriptures used by members of The Church of Jesus Christ of Latter-day Saints. President Thomas S. Monson said of the new Bible, “This new publication will bring about a significant increase in gospel scholarship among Spanish-speaking members of the Church.” 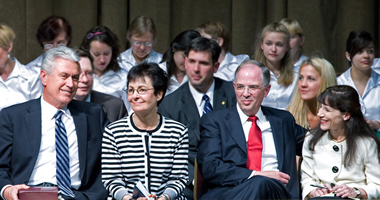 In May and June, thousands of Latter-day Saints in Eastern Europe received a visit from President Dieter F. Uchtdorf, second counselor in the First Presidency, and Elder Neil L. Andersen of the Quorum of the Twelve Apostles. The two leaders spoke to large congregations in Kiev, Ukraine; and Samara, Yekaterinburg, and Moscow, Russia.

In January, Church leaders attended the inauguration of new U.S. President Barack Obama. President Uchtdorf of the First Presidency and Elder M. Russell Ballard of the Quorum of the Twelve Apostles attended the January swearing-in ceremony as well as the National Prayer Service at the Washington National Cathedral. 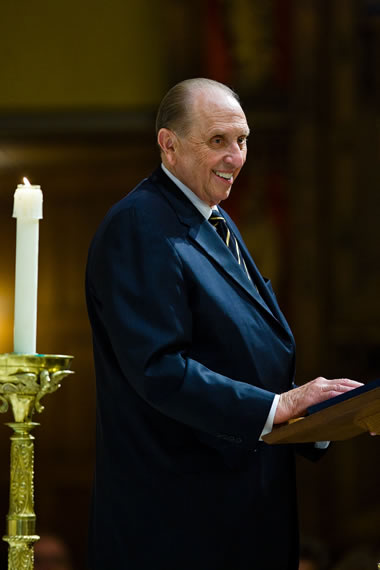 Church leaders were invited by the Catholic Diocese of Salt Lake City to help celebrate the 100th anniversary of the Cathedral of the Madeleine. President Monson was among the speakers at the August event. He recounted many times the two churches have worked together for the good of the community and the world. Earlier in the year, the Mormon Tabernacle Choir, Tabernacle organists and the Orchestra at Temple Square provided a commemoration concert in the cathedral.

Summer was a busy time for the Mormon Tabernacle Choir and the Orchestra at Temple Square as they toured the Midwest performing before enthusiastic audiences in seven major cities. The concerts included guest conductors chosen from among prominent residents, including former astronaut Neil Armstrong. The choir also celebrated a historic milestone: 80 years of broadcasting Music and the Spoken Word. It is the world’s longest-running continuous network broadcast. 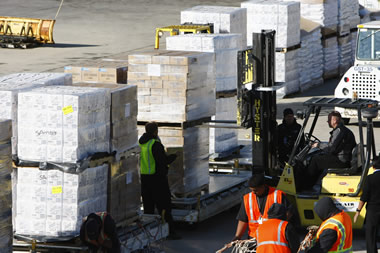 An earthquake and powerful tsunami hit the islands of Samoa, American Samoa and Tonga in September. Villages were wiped out, nearly 200 people lost their lives and many thousands were homeless. Within hours, the Church began assessing the islanders’ needs. Seven days later a DC-10 left Utah for the South Pacific with 60 tons of food, hygiene kits, clothing, wheelchairs and water containers. 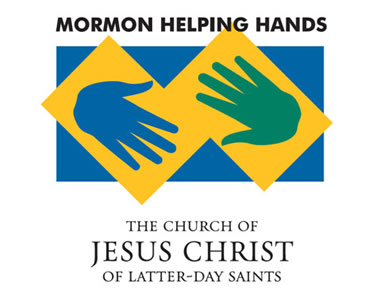 The second volume of The Joseph Smith Papers was released in September. The new edition of Revelations and Translations: Manuscript Revelation Books provides new access to priceless documents dating from 1828 to 1834. Church historian and recorder Elder Marlin K. Jensen said some of the documents in the new volume contain the earliest surviving record-keeping endeavors of Joseph Smith’s life.

Americans’ religious freedoms are being threatened, said Elder Dallin H. Oaks of the Quorum of the Twelve Apostles in an October address at BYU-Idaho. He said members of the Church should not be deterred or coerced into silence by threats. “We must insist on our constitutional right and duty to exercise our religion, to vote our consciences on public issues, and to participate in elections and debates in the public square and the halls of justice.”

The Church voiced support for a nondiscrimination ordinance at a <a href="https://newsroom.

lds.org/ldsnewsroom/eng/news-releases-stories/church-supports-nondiscrimination-ordinances” target=”_blank”>Salt Lake City Council meeting in November. Michael Otterson, managing director of the Public Affairs Department, addressed the council in support of Mayor Ralph Becker’s proposal. While protections in housing and employment are fair and reasonable, said Otterson, the Church remains “unequivocally committed to defending the bedrock foundation of marriage between a man and a woman.”

A Church apostle delivered remarks at the International Conference on Families in Amsterdam in August. Elder Russell M. Nelson of the Quorum of the Twelve Apostles said: “Future happiness and even the future of nations is linked to children. Families with children need to be re-enthroned as the fundamental unit of society. We simply must value children more than we do.” 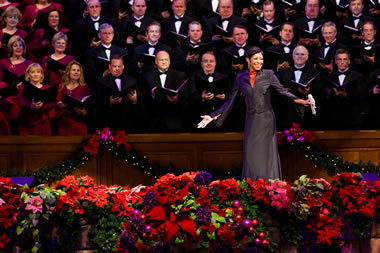 Grammy Award-winning singer Natalie Cole and two-time Pulitzer Prize-winning author David McCullough were guests of the Mormon Tabernacle Choir and Orchestra at Temple Square for the annual Christmas concert. The beautifully decorated Conference Center and the music helped bring the Christmas spirit to the more than 80,000 people who attended.

The Perpetual Education Fund reached a significant milestone in December. Launched in 2001, the fund has made more than 40,000 loans to young men and women throughout the world, helping them with their educations and careers. PEF executive director Elder John K. Carmack said he foresees a time when it will assist many more, perhaps 100,000 people and beyond.