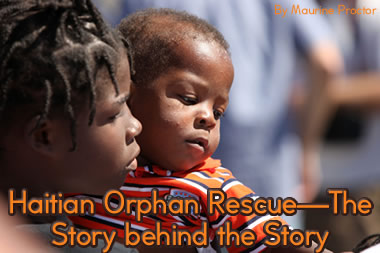 If you would like to help rescue orphans in Haiti and send medical and construction volunteers to this stricken land, please send your donation to www.utahhospitaltaskforce.org.

Meridian’s publisher and editor-in-chief, Scot and Maurine Proctor are in Haiti with the Utah Hospital Task Force. To see other stories in this series click here.

When a team of 125 Latter-day Saint volunteers flew to Haiti last Thursday, they intended to send back the empty plane to the United States full of orphans ready for adoption.  These were not the children newly orphaned by the earthquake, but orphans whose hopeful, adoptive parents had been working three to four tedious years to try to bring them out of the broken country where orphans languish and die for lack of nutrition and care.

What the LDS team could not have anticipated was that rescuing these children and saving their shattered lives would become a harrowing, dramatic race against time, where every minute counted and events had to come together in a perfect orchestration.

Haiti teems with orphans, brown-eyed children, who scramble for survival.  Orphans are Haiti’s most flourishing crop.   Even before the earthquake, of Haiti’s 8.3 million population, it is estimated that 380,000 of them were orphans.  Now, no one can be sure of the number, as these children roam the streets and crouch untended in hidden corners, but guesses are that number may have doubled.

Our LDS team has seen a truck bed full of babies, too dazed to whimper, too hungry to cry anymore expecting that someone will care for them.  Two boys, newly orphaned by the quake, come into the military camp where we live, hoping to tell a joke or sing a song to find a meal. 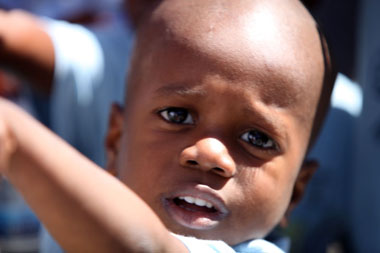 So with this heart-rending problem, one would think the Haitian government would expedite the adoption process, and get these children into homes where they could be cared for.  Not so.  The adoption process in Haiti is gummed up with red tape, hurdles to cross, and frustrating delays.

One woman, clutching a three-year-old, she was adopting, told me that she had begun working on the adoption process since her child was two-days old. Scott Gordon, a father from Bellingham, Washington, who is adopting two little girls, said it took him fourteen months to get a single signature that he needed on a document. 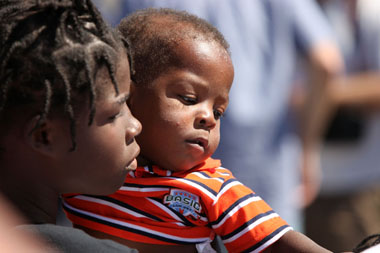 Scott said they had tried to adopt one little girl named Gracie.  She was to be Gracie Gordon, but she died of sickness and malnutrition before they could clear the Haitian adoption hurdles.  They tried again to adopt a little girl and as time went on, she too, became sick.  The frantic Gordon family sent down a special medical and nutrition regimen for the child that would save her life, but the orphanage where she lived passed the food out as a treat to all the children, and she, too, died.  “I’m not going to lose another child,” he declared, holding the hands of the two little girls he had been working hard to bring home.

At this time, the prime minister, himself, has to sign the papers on each child that is going to be adopted from Haiti to other countries.

The plodding of this process is, in part, the way developing nations function with defeating and sometimes heartbreaking inefficiency. Since the earthquake, it is worse as the shattered seat of government has been moved from the collapsed palace to a police station in Port-au-Prince and hardly can begin to meet the needs of a bleeding country. 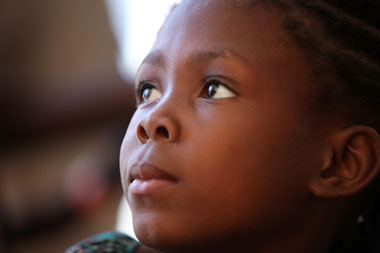 In part this glacial adoption speed, however, is Haiti’s way of expressing concern for its children.  Human trafficking abounds in Haiti, and Lear jets, land on hidden airstrips transporting the innocent, who have been rounded up from Haiti’s streets, into the most despicable human slavery.  Others are whisked away to have their organs harvested. These beautiful children have their body parts taken by the highest bidder. 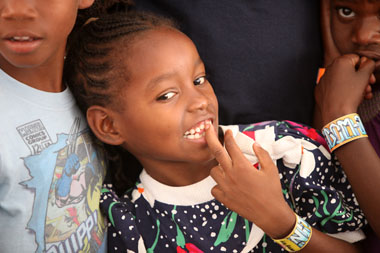 Robert Henry Louis, the Prime Minister’s chief of staff said that the day before, an executive from UNICEF had been yelling in despair in a meeting because so many children are being whisked away into the darkest night.

Yet the glacial movement of the adoption process is not Haiti’s alone; the rules by which the United States operates are full of hurdles and their plate is full dealing with Haiti’s chaos.

This past week adoptive parents, seeking for documents they have struggled years to obtain, have camped out in the halls of the U.S. embassy unable to get movement.  Lindsay Crapo, who is on the board of an orphanage run by Guesmo Mardy, a counselor in the Haiti mission presidency, said she had spent every day, all day at the U.S. Embassy, including 16 hours the day we arrived with no progress.

To donate to this ongoing effort, please go to www.utahhospitaltaskforce.org

Continue to follow the stories from Haiti as they come to you daily (as we can get Internet service).  All Haiti stories will be updated at www.latterdaysaintmag.com/haiti