Haiti: Returning to Church after the Quake | Meridian Magazine

Haiti: Returning to Church after the Quake 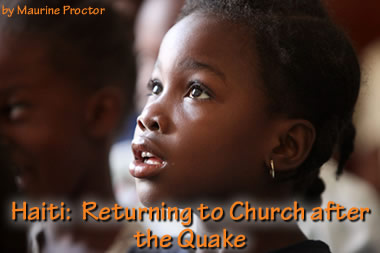 Maurine and Scot Proctor, Meridian’s editor and publisher, are currently in Haiti with 125 LDS medical, construction and translation volunteers from Utah.

To donate to the Utah Hospital Task Force, go to www.utahhospitaltaskforce.org

To read more articles in this series go to www.latterdaysaintmag.com/haiti 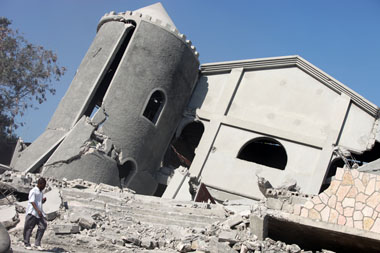 Much of Haiti lies in rubble.  Collapsed roofs lie at angles, smashed against the floor below them. Cinder blocks slant in heaps along the roads. Some streets in Port-au-Prince look like old pictures of bombed-out Berlin after World War II.  It’s a horror, an apocalypse. 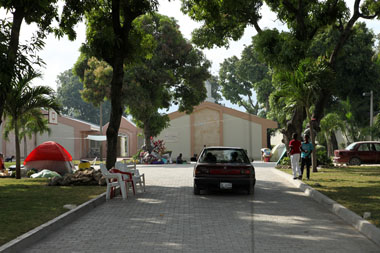 Yet, amidst a shoddy neighborhood stands a jewel, the Croix-des-Missions LDS church and sounding through the air is a hymn:  How Firm a Foundation. 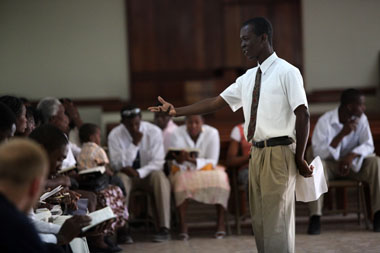 It is a particularly well-chosen song in a land whose physical foundations could not stand the earth’s tremors, but whose Latter-day Saints have proven to be remarkably resilient. They know that though all but a handful have lost their homes, their foundation is in the gospel of Jesus Christ and that is firm. 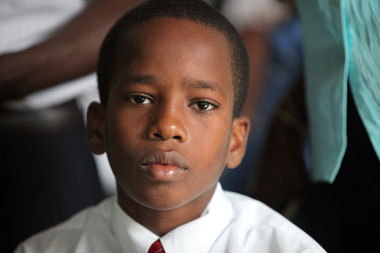 Attending the 3-hour church block on Sunday felt remarkably normal to us.  There were the Saints dressed well, many in crisp, white shirts that looked newly ironed.  The deacons wore their white shirts and ties as they reverently passed the sacrament. 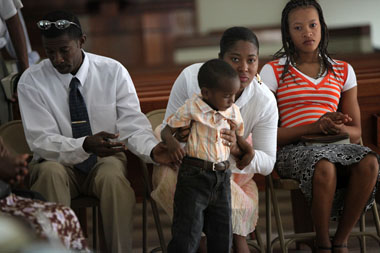 How can this be?  Without homes, they are living on the street in hastily-assembled, makeshift shelters on any flat land that is available.  Their walls may be sheets hung over ropes or pieces of cardboard.  Their beds are concrete or hard earth.  Everything they owned-and that already wasn’t much-has been stripped from them by an initial quake that lasted about 45 seconds and after shocks that continued for days. 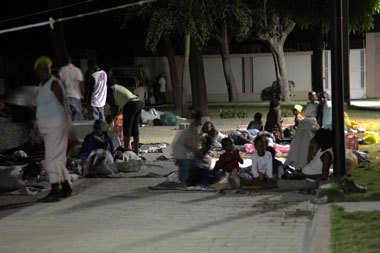 Haiti, right now and for the foreseeable future, is a land sleeping out.  People fill the church’s courtyards at night-and instead of woe, they laugh and talk.  They have shanties on the median strip between two lanes of riotous traffic. 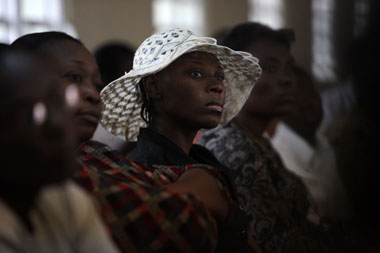 We asked member after member, how can you be so beautifully groomed on Sunday, given your conditions? They answered that because most everyone is now living in the street, they are indeed dirty during the week, plagued by all the ills that befalls a newly-made street person, but, they added that though they had no water to drink, they had water good enough to wash their clothes. 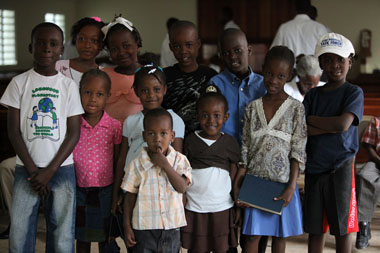 So there they were singing about what really is their firm foundation and looking like any other LDS congregation across the world-except they are homeless.

Their Lessons and Talks 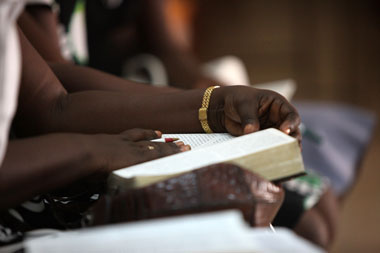 That is not all.  Their lessons and talks were sophisticated and scripturally based, as if they had a library and computer at their fingertips to prepare instead of the side of the road. 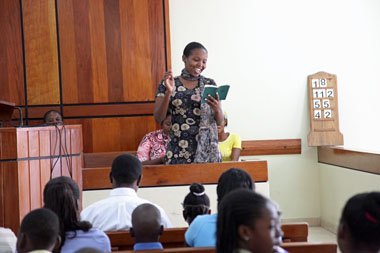 The sacrament meeting began with strains of “Come, come ye Saints, no toil, nor labor fear, but with joy wend your way.”  For most of us who come from other nations, we would be hard-pressed to find joy in impoverished and broken Haiti before the earthquake, let alone now, but they sang like they meant it, “Happy day, all is well.” 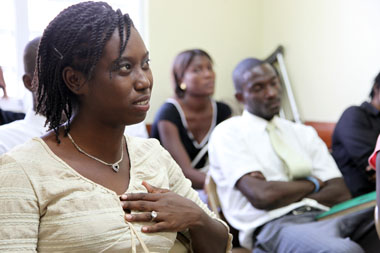 They prayed, “We are all thankful to be counted among the living.  We are grateful to know of thy truth.  There are many outside the walls of this church who do not have this truth to sustain them through the trials.  We know we were kept alive because we have a mission to complete. Bless us all that we can be strong and take care of each other.” 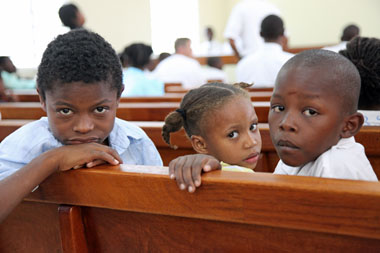 We listened tearfully.  The sacrament was passed and each of the seven children sitting on the row next to us took not a single piece of bread but a scoop each.  They are hungry. 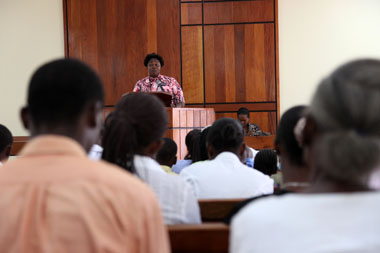 Then we heard a talk, a surprising, enriching talk from France Nathalie Desir-so beautifully done.

She told the audience:

“For some of the adversity we face, we can place the weight on our own shoulders because we are not obeying God’s laws.  That adversity we can control, but there are some kinds of adversity we can’t control like the earthquake. We didn’t do anything to attract it.  We all had friends and families who were killed. A lot of people are discouraged and have lost faith, but we as members of the Church now have a mission. 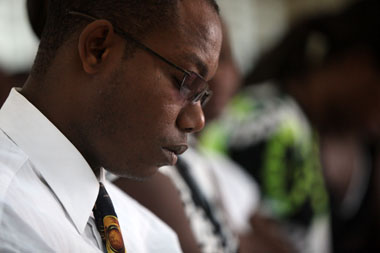 “We know why we have adversities.  They are to make us stronger.  We have the freedom to either let them overcome us or to make us strong.  Just as we send little children to school, the Lord has sent us here for a school. 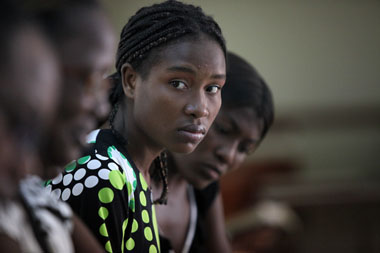 “Our big enemy is our pride that keeps us from loving our neighbour and obeying the commandments.Since January 12, we all have experienced sleeping outside.  As I was lying in the courtyard looking up at the stars, I knew this was the time to manifest charity and mourn with those who mourn, give food to those who need food. 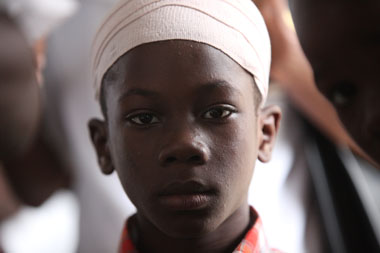 “We have a certain joy, and the joy is knowing these things are temporary.  The trials we are given on earth are for us, and the Lord knows everything we are going through and they are to augment our faith and bring us to God.”