The Destruction of Haiti | Meridian Magazine

The Destruction of Haiti 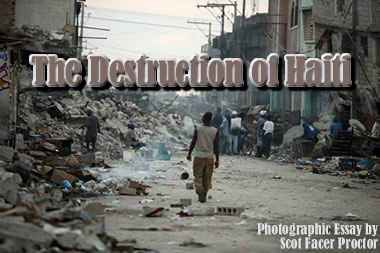 Editors’ Note:  Meridian’s Editor-in-Chief and Publisher, Maurine and Scot Proctor, are still serving in Haiti, gathering stories and meeting with members of the Church throughout the hardest hit areas of the island.  In this essay Scot takes us to some of the old part of the city in Port-au-Prince where destruction was no respecter of buildings or people.  Untold thousands of bodies are still buried in the massive rubble of concrete and twisted rebar.

There is a curfew in Port-au-Prince right now of 6:00 PM.  It is for our safety.  I wanted to take you to the heart of the destruction in the city and capture it in the evening light.  We broke curfew by nearly an hour to capture the last few pictures, but I wanted to show you a little of what happens to the city at night. 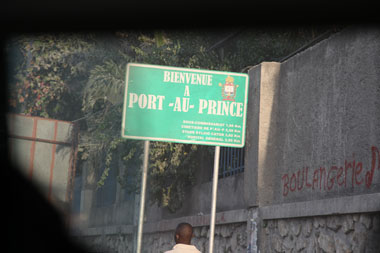 Shooting from inside of our vehicle I was able to just barely capture the ironically labeled sign:  Bienvenue a Port-au-Prince-Welcome to Port-au-Prince. 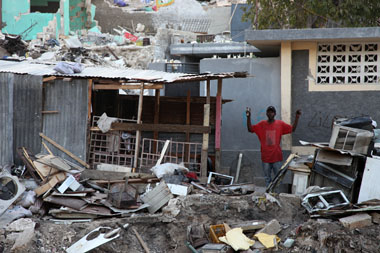 Many of the Haitians don’t want their pictures taken in the midst of the destruction, like this young man.  I have deep respect for these people, many of whom tarry around their homes where loved ones are still buried beneath tons of concrete. 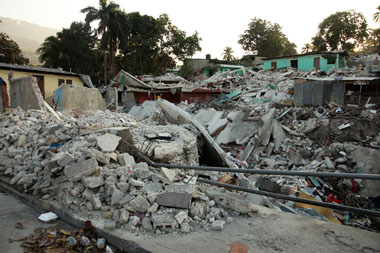 In many cases whole blocks were completely destroyed, leveled to piles of rubble.  What has surprised me as we have met with the Haitian people is their resilience and willingness to pick up and carry on in the midst of this massive destruction. 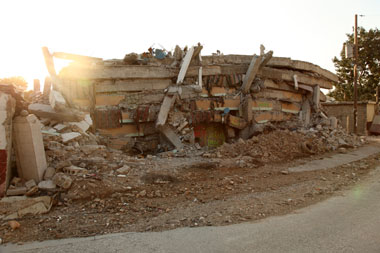 This six-story building collapsed one floor intact upon the next floor and flattened into a heap. 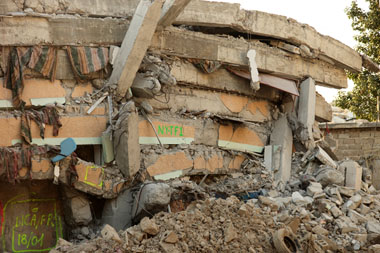 Notice the curtains that are hanging out where the windows used to be.  Many people were trapped in this building. 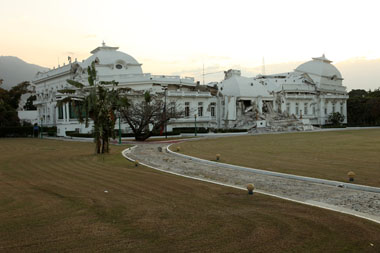 The Presidential Palace was said by some to be the only building in Haiti that could withstand a major earthquake.  It, too, was essentially destroyed. 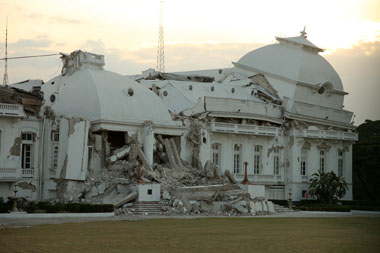 Detail of the destruction of the Presidential Palace is shown here.  The seat of government of Haiti is now located in an old police station. 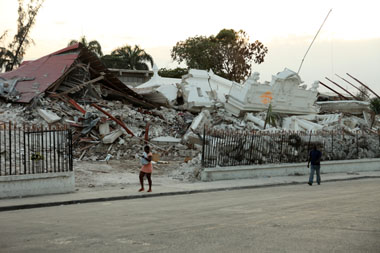 The Justice Palace was also leveled by the quake on January 12.  This building is located just around the corner from the Presidential Palace. 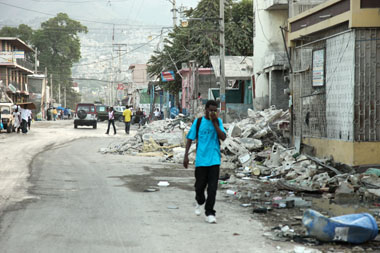 The mixture of the stench of death and the fine dust that constantly mixes in the air causes many to walk through the city with masks. 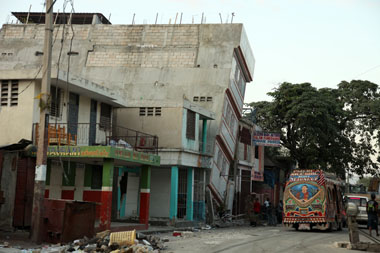 Some buildings remained somewhat intact but just fell off their foundations.  Untold billions of dollars of damage has been done.  I asked one proprietor if he had insurance, he gave a deep and sad chuckle and said, “Unheard of.”