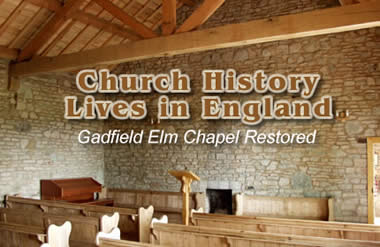 I grew up in the Victorian town of Malvern in central England. Malvern claims a certain amount of fame for being the home of Malvern spring water, and the famous English composer Sir Edward Elgar, and the classic Morgan motor car. It is a beautiful place: on a good day, from the top of the hills that rise steeply over the town, hikers are greeted by a view of the Severn River plain to the east, and the mountains of Wales in the west. Malvern exudes a sense of all that is quintessentially English, at least in a Wind in the Willows kind of way. 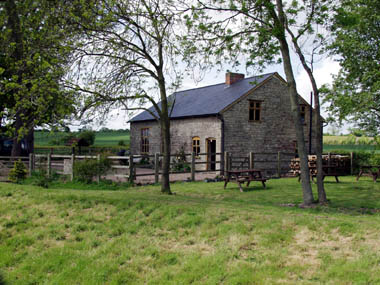 Lest it be said that I am waxing only lyrical, Malvern’s beauty has also been given prophetic approval. Said Brigham Young,

On the road we passed through the town of Malvern, at the base of the Malvern Hills, the most beautiful range of hills in England, being among the highest and affording the most splendid prospect of the surrounding country for 30 miles.

Brigham Young’s visit to Malvern belonged to that period of Mormon history famous for its spectacularly successful missionary work – the Mission of the Twelve to the British Isles in the late 1830s and 1840s. Between 1837 and 1847 some twelve thousand people joined the church in Britain. Almost all emigrated to America, providing much-needed support to the Church at a critical time. The missions also galvanized the Twelve as a quorum, thus ensuring the survival of the Church after the death of Joseph Smith.

The Mission of the Twelve

In Britain, the Church of Jesus Christ of Latter-day Saints, despite its rich heritage, two temples and 170,000 strong membership, is largely considered to be an American church. It is unfortunate that the British roots of the Church are not more widely known. Yet Britain has played a central role in the history of Mormonism. Stating that “something new must be done for the salvation of the Church”, Joseph Smith first sent missionaries to England in 1837. During the next two years, Heber C. Kimball and Orson Hyde established a mission in the north of the country around Preston. In 1839 a second apostolic mission was dispatched, called to build on the work of the first. This was a difficult time for the Church – dissension and apostasy had arisen among the leading brethren. Thomas B. Marsh, President of the Quorum of the Twelve, had apostatized and several others also defected. On July 8, 1838 the Prophet Joseph had received a revelation that required the Twelve Apostles to leave Far West on a mission “over the great waters” (D&C 118:4). This was a bold and surprising move; with the very existence of Mormonism threatened, Joseph Smith sent some of his most trusted colleagues thousands of miles away leaving the Prophet virtually alone to face his enemies.

The apostles met as a quorum on April 14, 1840, in Preston and sustained Brigham Young as “standing president”.  A few days later they separated to various labors with Brigham Young and Willard Richards traveling south to assist Wilford Woodruff who had begun to have success near Malvern. Elder Woodruff had been led to the Malvern area by a recent convert, William Benbow. William wished to share the Gospel with his family. His brother John entertained Elder Woodruff at his farm. Wrote Elder Woodruff:

“Mr. John Benbow kindly entertained me for the night, during which time I spent several hours in laying before him an account of the origin, rise, and progress of the Church of Jesus Christ, of Latter Day Saints, and like good old Cornelias the Spirit of God was upon him, and he received my testimony with all his heart, and opened his doors for preaching, and on the evening following, for the first time I preached the fullness of the gospel to a small congregation in that place, who manifested much interest in what they heard, and desired to inquire further into these things; on the evening following I met a still larger number at Mr. Benbow’s and preached unto them the first principles of the gospel, viz:  faith in Christ, repentance and baptism for the remission of sins, and the gift of the holy ghost by the laying on of hands, after which I administered the ordinance of baptism unto six persons including Mr. and Mrs. Benbow, four of the six were preachers of an order called the United Brethren.”

“This people universally felt willing to hear a matter before they condemned it, they opened their doors for me to preach, and searched the scripture daily to see if the things which I taught were true, and on finding that the word and spirit agreed and bore record of the truth of the fullness of the everlasting gospel, they embraced it with all their hearts, which has brought great joy to many souls in that region.” 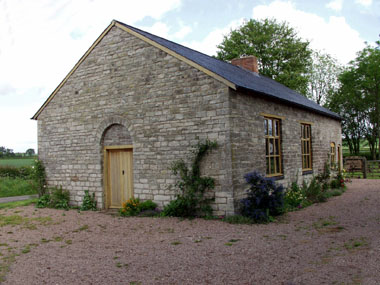 Brother Woodruff’s missionary success was spectacular, and much of it can be attributed to the readiness of this group of English believers to embrace the further light shared with them by the American missionaries. Woodruff summarized this amazing effort:

“The first thirty days after my arrival in Herefordshire, I had baptized forty-five preachers and one hundred and sixty members of the United Brethren….This opened a wide field for labor, and enabled me to bring into the Church, through the blessings of God, over eighteen hundred souls during eight months, including all of the six hundred United Brethren except one person. In this number there were also some two hundred preachers of various denominations.”

Along with their proselytizing success, the Mormon Elders also experienced many miracles. Commenting on the “power of God” that rested upon them near Malvern, Elder Woodruff retold the story of Mary Pitt:

“Mary Pitt, who died later in Nauvoo, sister of William Pitt, who died years after in Salt Lake City, had not walked upon her feet for eleven years. We carried her into the water, and I baptized her. On the evening of the 18th of May, 1840, at Brother Kington’s house in Dymock, Elders Brigham Young, Willard Richards, and I laid hands upon her head and confirmed her. Brigham Young being mouth, rebuked her lameness in the name of the Lord, and commanded her to arise and walk. The lameness left her, and she never afterwards used a staff or crutch. She walked through the town of Dymock next day, and created a stir among the people thereby.”

The United Brethren donated to Elder Woodruff  “one chapel and forty-five houses, which were licensed according to law to preach in.” The chapel was at the site of Gadfield Elm and at the time it was the only LDS-owned chapel anywhere in the world. It become a focal point for missionary work in the Malvern area, but was sold to help pay for the local members to gather to Zion. The chapel soon fell into disrepair, and for a century and a half was little more than a cattle shed.

In 1987 the Church celebrated its British sesquicentennial and set aside some money for site preservation. Elder Neal A Maxwell travelled to Gadfield Elm to talk to the owners about purchasing the chapel. The price set by the owners was too high, and so Benbow’s Pond (which had been used by Elder Woodruff for baptisms) was the only site purchased.

In 1994, the chapel came up for auction. The Church had no plans to bid, so Wayne Gardner, the local LDS bishop, feeling he “just had to do something”, organised a group of Saints in the hope of raising enough money to acquire the chapel. They raised about £7,000 ($12,000) which was enough to win the bid and pay for urgent repairs to the walls. Over the next six years, the Gadfield Elm Trust raised a further £65,000 ($115,000) from members in the UK and the US, with a small donation from the Church. On Sunday, 23 April 2000, the restored chapel was dedicated by Elder Jeffrey R. Holland of the Quorum of the Twelve whose great-great-grandparents, Ellen Benbow of Hill Farm and William Carter of Ledbury, a few miles from Gadfield Elm, both emigrated to America. Today, the Gadfield Elm chapel serves as a memorial both for the faith of the United Brethren, and the pioneering efforts of early British Mormons to build the kingdom of God.

This is the LDS heritage in the place of my birth. For the English Saints, these places are as sacred to us as the Hill Cumorah or Temple Square. The United Brethren converts were not our ancestors (most emigrated to the States) but they were our kinsmen and we call the same land home. When missionary work in England accelerated again in the 1960s and 1970s, the Church in Britain relied heavily on America for its leadership and religious culture, but a new generation of British Saints, of which I am a member, is learning that their religious landscape need not be in the Rockies. As a Primary child, then later as a Seminary student, I well remember touring sites such as Benbow’s Farm and Gadfield Elm chapel. As a Young Men’s leader, I fondly recall a camp we had in the grounds of Gadfield Elm. All of us, men and boys, were deeply touched to stand where Brigham Young and Wilford Woodruff stood and to contemplate our compatriots’ sacrifice as they left this place for America. We sang England’s national hymn, Jerusalem, which extols our “green and pleasant land”, then sang Come, Come, Ye Saints, remembering those who found Zion, “far away, in the West”.

Warrick Kear, a CES coordinator and former local Stake President told me of the significance of the Malvern sites to British Mormonism:

“When I was called as the new stake president of the new Cheltenham stake,

exciting aspect of my calling. It was a great privilege for me to take

Apostles and General Authorities around the sites. They certainly are a spiritual part of LDS membership in [England]. Since the rebuilding and dedication of the Gadfield Elm Chapel, public awareness of the social and religious heritage of LDS people in the area has increased tremendously.” 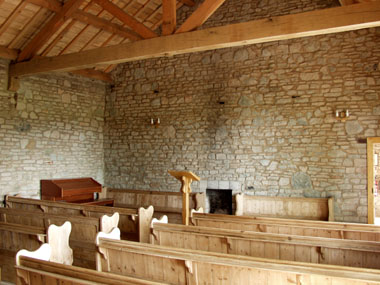 The Mission of the Twelve was to have many consequences, not only in numbers of converts (50,000 of which were eventually to emigrate), but also in converts who were intensely loyal to the Apostles and did not doubt the need to leave Nauvoo. Brother Kear believes that the missions also served to “train and forge a cohesive Quorum of Twelve with the future Prophet as leader”.

Today the influence of Britons on the Church still resonates; Utah boasts the greatest concentration of British Americans in the US largely because of the British missions, and just as importantly, British Mormonism is becoming increasingly aware of its own spiritual heritage. Some local members are disappointed that the Church has never invested much money in the upkeep of these sites. The Gadfield Elm restoration was a private venture, and even though the Church owns Benbows Pond, its current state of repair is not very impressive. But a consequence of all this has been that British Saints have had to take ownership of their own history, a vital step in the Church’s British maturation. And for the Church to fully come of age outside of the US, it must be able to develop a sense of local heritage. This is perhaps why the Church passed on the Gadfield Elm project (Elder Packer suggested it be organised locally). The Church’s biggest obstacle to growth internationally is the perception that it is an American church, a foreign religion that is simply another prong in an alleged American imperialism. In Britain, through hard work, an emphasis on our own history, and an effort to better engage our community, this need not be the perception, for Britain, like America, has its own Sacred Groves.