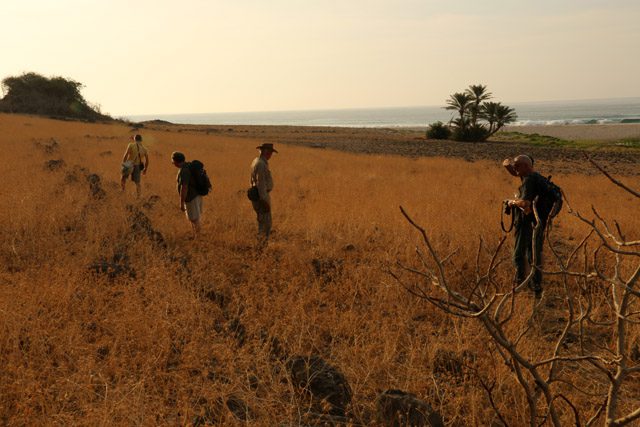 What Archaeologists Found at Nephi’s Bountiful

Maurine Proctor wrote the content and Scot Proctor took the photography for this article.

Meridian Magazine and the Khor Kharfot Foundation took an international team of archaeologists, a geologist, and support crew to the best candidate for Nephi’s Bountiful in April 2014. This is the first wave of researchers who will work to document and understand the archaeological and ecological history of this location so we can see more clearly the context in which Nephi built his ship.

A team of sixteen more experts will be arriving at Khor Kharfot in a few weeks. You can help fund this historic effort by donating here:

Nephi built his ship somewhere in a real world location. This isn’t an imaginary story in a misty, fabricated world. His family had to feed and shelter themselves, use the local plants, grow crops, and exist with animals, insects, and weather conditions that were sometimes harsh. Though, it appears from the record that they were isolated from others, people certainly must have wandered into or sailed past their Bountiful. Who were these people?

Unlike most Book of Mormon locations, where pinpointing the possible sites yields many possibilities, the Arabian coastline directly east of Nahom, offers only five places that meet any of Nephi’s criterion for this place. Khor Kharfot is the only place that seems to meet them all.

As we survey the area, however, we are using the strictest archaeological standards. We are not looking to verify Nephi’s story but to understand context and enrich our understanding of a significant event. Two of our archaeologists, Dr. Carl Phillips and Dr. Michele Degli Esposti are not LDS and know very little of Nephi’s story. Dr. F. Richard Hauck has been a long-time researcher of Book of Mormon archaeology, so brings a different set of eyes and questions to the project.

For all, however, this place holds allure. It has been virtually untouched or studied in depth by archaeologists, and it is a unique ecosystem, so rare that when England’s Prince Philip, Duke of Edinburgh came to Oman, they chose this place to fly him by helicopter to see a pristine environment rich in plant and animal life.

It is not so large that it has attracted a big population in the past, but neither is it so small and confined that it lacks the resources to sustain a population of perhaps two thousand or more that may have come in more than one occupation and then left the place abandoned as it is today. It certainly would have had the resources to sustain Nephi’s family while they constructed a ship large enough to carry them across a series of oceans.

When were those occupations at Khor Kharfot and how early the people lived here is part of what we seek to understand. Since it appears from the record that Nephi’s family was alone at their Bountiful, the question is did they arrive at a location that already had abandoned structures and field complexes they could use? Or did they arrive at the edge of the sea to an area that had yet been untouched by long-term human habitation?

Dr. Hauck said, “It is a little piece of heaven compared to the desolation of the deserts between here and Jerusalem and this family earned a respite 20 times over. It’s wonderful here because they would have the space to do the one primary thing that they were here to do—construct a ship without competing with a local population for available resources.”

The archaeologists were at Khor Kharfot for eight days, initially doing reconnaissance work, looking over and mapping the vast archaeological remains that scatter across the land. Here are mysterious long double rows of stones and a tower whose purpose they can only speculate on. They had eyes to see, and I asked Dr. Hauck what they were looking for?

After being on the site eight days, which only begins to allow time to make some hypotheses, until a shovel is put in the ground, Dr. Hauck suggests that anciently the mouth of Wadi Sayq at Khor Kharfot was originally a deep fresh water lagoon subject to fluctuating tides. Numerous springs along the canyon walls flowed with copious amounts of water directly into the lagoon and outward into the Arabian Sea. Thus, at a very early time, the lagoon provided a deep-water, sheltered port that would have attracted coastal shipping. These springs would have also provided sufficient water for agriculture to sustain the population, and you can see where fields once were.

Because the Khor Kharfot inlet offered numerous natural resources, including fresh water, open space for agriculture, a diverse range of plant and animal species and access into the Frankincense region, a small community developed there and grew to the point it could do substantial public works projects, like the wall systems and tower. Dr. Hauck hypothesizes that this dynamic expansion phase of this would have occurred sometime between 2500 and 1800 BC. The structures still stand in various stages of preservation.

This was a world of frankincense trade, and this site could have been a minor economic contributor to the known civilized world with a maritime link to the commercial spice trade. Ships came up and down this coast, and some stopped.

Camel herds, maintained in a corral complex on the west bank of the wadi, would have been important, allowing convenient transport up the remote wadi to the higher desert for trading and social contact. This dynamic development of village life came to an end possibly as early as 2500 years before the Islamic period began in 8thcentury AD.

Dr. Hauck says that two gradual but very specific natural events occurring over many millennia and had a direct impact on human occupation and industry at Khor Kharfot. Both events appear to have been linked to changes in the climate.

The Arabian peninsula has fluctuated between dry and wetter periods over time, and the monsoon winds have changed.Thus, the springs that once spilled down the walls, gradually dried up and the wadi’s lagoon became largely eradicated as it was filled by extensive deposition.  The community at Khor Kharfot lost its viability and was abandoned, leaving behind structures, fields, walls and much more.

Khor Kharfot, then had a second occupation that was Islamic, and much of what is visible there is from this period of time.

This is Dr. Hauck’s hypothesis, which is just that, until, of course, we can dig and date. He says, “Part of the beauty of this is that it gives new meaning to the scripture, ‘And we did come to the land which we called Bountiful, because of its much fruit and also wild honey; and all these things were prepared of the Lord that we might not perish’ (1 Nephi 17:5).”

“What I now understand,” he suggests, “is that part of the Lord preparing everything for them in advance was that they moved into an area where there were already pastures and living areas defined that apparently were uninhabited from earlier periods. They could basically use those houses, structures, platforms and agricultural terraces for living and growing their crops that they needed. They wouldn’t have to build or manufacture anything other than a ship.

“Essentially there is the possibility that they could live here without drawing a lot of attention to themselves among the other cultures that inhabit eastern Arabia, cultures that could have been at that time hostile to them.”

Dr. Phillips and Dr. Esposti saw some indications, particularly graves, that they took to be early, but believe the vast archaeological remains are Islamic.

Dr. Hauck sees this as a very early occupation for many reasons, a few of which he cites here:

To help move this project of discovery forward, please give your tax-deductible donation here to The Khor Kharfot Foundation. We thank you in advance: