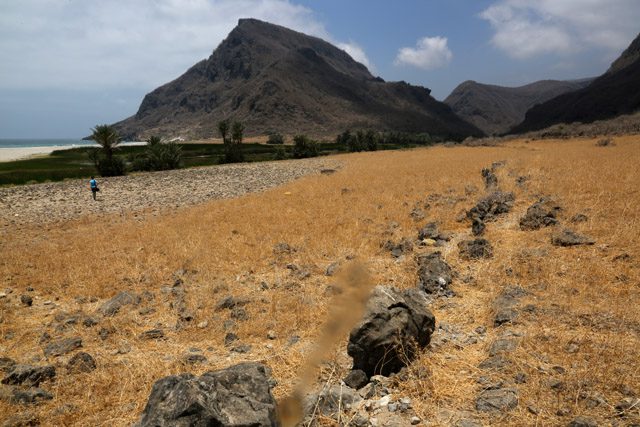 Venture into the ancient world that Nephi knew with us. All article links are here in the Exploring Nephi’s Bountiful series which takes a look at the April 2014 archaeological expedition to Khor Kharfot in southern Arabia.

You can join in an amazing project that’s happening on Lehi’s trail in Arabia. Come and see how.

In the next few days we invite you to journey with an international team of researchers as they begin to uncover the archaeological secrets of the best candidate for Nephi’s Bountiful. We’ll take you along in photos, videos, and words.

It Can’t Be Nephi’s Bountiful without These 12 Criteria

No location in the Book of Mormon is given with such vivid and comprehensive detail as Nephi gives us of the place where he built his ship. Any place that could possibly be a candidate for Bountiful has to meet every criterion.

What Nephi Forgot to Tell Us about Bountiful

Studying the Book of Mormon in Southern Arabia is off-the-charts fascinating, but we realized that there were many things that Nephi just plain left out of the record. We wish we would have known some of this–at least from the footnotes! Come and see.

An inscription that no one can yet decipher on the wall of an overhang in Khor Kharfot is an ancient mystery. It has sat there for centuries, probably millennia telling us something that we can’t read.

I had been waiting for this experience for many years: To actually hike the mountain where Nephi was given the revelation to build the ship.

What Archaeologists Found at Nephi’s Bountiful

Nephi’s Bountiful holds its secrets. Archaeologists have the eyes to see what mysteries lie in the stones that a people leave behind.

Did Nephi Leave Anything Behind at Bountiful?

Did Nephi and his family leave anything behind at their Bountiful where they built the ship, and if so, what? What traces of their party could still be found? If they did leave something behind is there any possibility that it could still be there, buried beneath centuries of time and occupations which have been in this place since?

All videos are here