MERIDIAN CARES ALERT: A Letter from Liberia on Latter-days Saints and Ebola

Reach the Children, an NGO that works in Africa and is run and staffed by Latter-day Saints, is in the middle of the Ebola crisis in Liberia. Meridian and Reach the Children have worked together on many projects in the past, and they invited our readers to join in helping in this desperate cause immediately. The Ebola virus is spiraling upward in West Africa and has been one of the largest outbreaks in history since the discovery of the virus in 1976. This prompted the Church to evacuate all LDS missionaries from Liberia and Sierra Leone as of August 6, 2014. As of Wednesday, August 20, the World Health Organization reported a spike to 1,350 deaths and an untold number of suspected cases. In this outbreak in Liberia, the first cases were reported in March, but, to get a sense of how it can move, the first case in Nigeria was reported on 25 of July.

A Liberian Ministry of Finance official Patrick Sawyer flew from Liberia to Nigeria after exposure to the virus and died in Lagos soon after. The hospital where he was treated was quarantined and the medical staff who were treating him were isolated in an attempt to stop the spread of the virus. It was too late. Both his doctor and nurse died of the virus. The virus is not passed in the air but by actual contact with bodily fluids.

At this point, the deadly virus has shown no signs of slowing downand it becomes worse with ignorance. On Saturday in Monrovia, Liberia’s capital city, protesters broke down the door and looted the building where Ebola patients were being quarantined and treated. An estimated 37 of them fled in panic and the looters stole medical equipment, mattresses and blood-stained sheets. A police officer told the Associated Press “All between the houses you could see people fleeing with items looted from the patients.” He added, “the whole of West Point will be infected.” 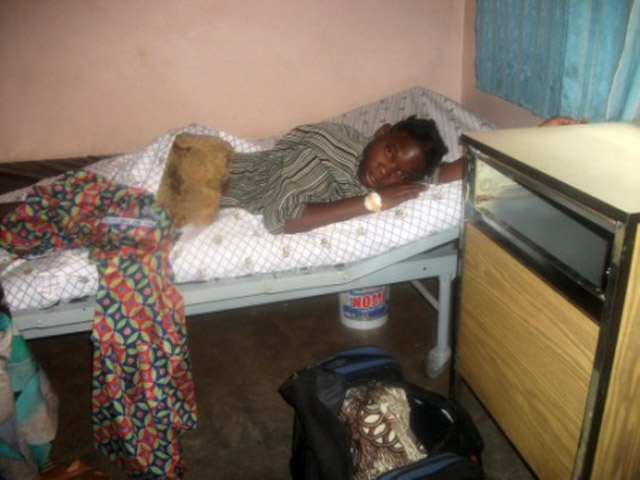 This comes just a day after crowds converged on a burial team collecting bodies of suspected Ebola victims. They were chanting: “No Ebola in West Point.” Some of them said they believed Ebola was just a hoax.

Mary Harris of Reach the Children (RTC) said, “Only established and approved NGO’s are allowed to facilitate any care for individuals and families who would otherwise be totally on their own in the country. RTC Liberia is one of those approved NGO’s and our associates are members of the church who are sacrificing their own funds, time and safety to see to the needs of others.”

Mary shared this letter from the RTC staff in Liberia: “Currently, the disease is having a devastating outcome on the health and economic lives of the people here in Liberia. The government has declared a state of emergency for 90 days. Some counties have been quarantined and declared, no go’ areas by other counties.

“All activities within the country are put at a halt and things are extremely difficult for people economically and humanely. Concerted efforts are needed to face this situation and every organization, especially the NGOs, are deeply involved in trying to save our people.”

Reach the Children Liberia has been assigned to teach some communities and counties that are still relatively safe to understand how to stop the spread of this deadly disease. Their teaching efforts could have been useful in the West Point area of Monrovia before the looters did their job. 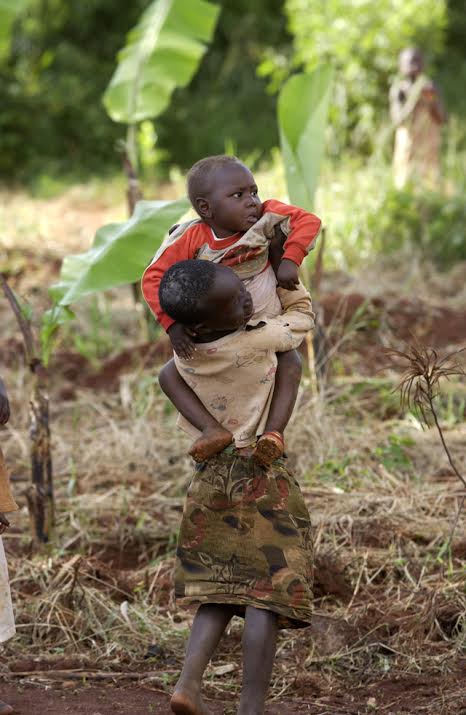 They write, “Since this sickness does not have any cure and is quick to spread, we MUST educate the people on the measures stated to remain free from its contact. This project is also putting much financial burdens on us. There are some homes where we go and they don’t have the financial means to provide the commonest sanitary materials involved (buckets, soap and disinfectant) as recommended. For humanitarian and life-saving reasons, we provide these materials from our personal pockets. We also get food into the area where the people are starving. We are out of our own money.”

To make matters harder, they say that many children are left homeless, to fend for themselves when their parents are either quarantined or dead from the disease. They write, “We’re presently taking care of seven (7) children whose parents or guardians cannot be traced for now. Nobody knows what might have happened to them. There is a huge need for many more children to be given a place to stay and food to eat because they are alone and their parents and guardians cannot be found.” Clean water and food are scarce in a scant economy made worse because it is shut down for 90 days.

All Mormon missionaries have been moved out of Liberia and other countries hit by the Ebola virus, but other Latter-day Saints in Liberia are not allowed to meet together to worship, publically pray for each other or partake of the sacrament. The Relief Society presidents are severely limited in their ability to relieve suffering. What they are doing is praying that someone will heed the promptings to help relieve suffering where they themselves cannot. They are not allowed to move about to obtain food for their own children or to help other mothers to do the same.

Still, these Latter-day Saints, who make up the Reach the Children Liberian staff, are allowed to facilitate care. They are trying to help the wards and stakes in any way they can. They wrote, “In spite of the lack in our financial resources, we must continue to be our brother’s keeper. While we’re praying for each other, we should equally so demonstrate the love by committing our little gained resources to those that are desperately in need. Liberia is facing multiple challenges now. Please try to help us if you can.”

Mary Harris said, “Our staff in Liberia cannot do this any longer on their own.

All of their personal funds are depleted. THEY NEED OUR HELP.

Our Sisters and brothers in Liberia NEED OUR HELP.

Reach the Children Liberia will use donated funds to house and feed as many homeless children as is possible during this crisis. They will also make every effort to get food and water supplies to members and others in quarantined areas of Liberia and the sanitary supplies that can help alleviate the spread of the disease. Please help them to help our sisters and brothers in Liberia.