A Singular Experience for Singles

Editors Note: In April of 2014 Mariah joined a SHe Expedition on a humanitarian project in Nepal. The following is an introduction to their organization and what they are about. To join them in Kenya this fall, click here.

The conversation started out simply and with very few participants. “So, how has it been for you, being in an arranged marriage?” It was an exchange of cultural paradigms as the rolling hills of rural Nepal zoomed by outside the bus window. We were on our way to the village of Samibhanjyang to participate in a humanitarian project. The more our Nepali friend told of how many times he met his wife before they married and how theres had been a love that developed and grew with time, the more the bus seats around him began to fill with anxious listeners.

By the time he told us that he had said I love you for the first time on their wedding day and meant it–though theyd only met twice before then–he had a packed house of LDS midsingles hanging on his every word. 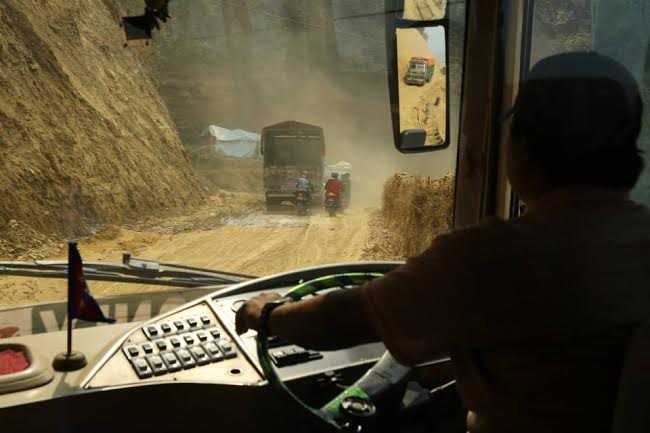 Ill admit that I too was hanging on every word. It was more fascination than desperation. Though arranged marriage painted that way doesnt sound so bad. Marriage of any kind had so far eluded us all, but it was just that state that brought us to the foothills of the Himalayas making up a company of thirty stellar individuals bent on serving others.

When you get home from a cruise (stay with me here), there are a number of things everybody does. You unpack the kitschy souvenirs you now realize you dont need, you check your phone [hoping] someone missed you, you stay away from the bathroom scale, you start a non-profit organization. Perhaps not everyone does that last thing. But it was a group of singles living in the Washington, D.C. Metro area, newly returned from a cruise for LDS unmarrieds, that realized that there had to be a more meaningful way to get to travel and bond with people.

They looked around at each realizing that they had a set of skills and interests that were hardly being utilized by midnight chocolate buffets or snorkeling excursions. They had the inkling to do something that would make a difference in the world with the abilities that they each had to offer and so the seeds of a new organization were planted.

Only they didnt know it yet.

They just wanted to plan one amazing trip that could also be a service opportunity. They quickly zeroed in on Guatemala as their destination. The needs were real and it was a place that was fairly easy to get to and somewhere people would really want to go. After a careful vetting process, they chose CHOICE Humanitarian as a partner in their desires to be a part of sustainable development efforts. They gathered a few friends and those people gathered a few of their friends and before they knew it, the group had grown to 89 participants from all over the U.S. and even one from Europe. 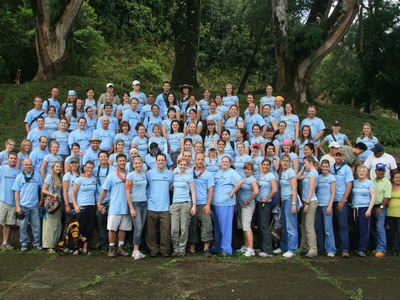 It was just going to be one trip.

But a need was met. Veronica Schindler who was an expeditioner on that first trip said there was a defining moment on their last night in this village in Guatemala. At the end of the week, they met on the site of the secondary school they had been working on. The sun was going down, casting its golden light on everything around. Villagers emerged from the jungle all around to join the gathering.

Though CHOICE Humanitarian does not proselytize, someone suggested that they sing, “I Am a Child of God.” When the song ended there was not a dry eye. Veronica said when they got on the cattle truck to go back to their camp for the night it was clear that it was, “more than just a week of good work with new friends. It was something profound.”

She is now one of the Executive Directors of Singular Humanitarian Experience, nicknamed SHe. The organization is aptly named because, as I now know firsthand, a trip with them is truly a singular experience. Theres nothing quite like it.

That first trip to Guatemala was in the summer of 2009. The SHe expedition that is currently in Guatemala is their 6th expedition in that country. Theyve also served in Peru and Bolivia, traveled to Nepal on three occasions and will take their second expedition to Kenya this fall (you can still sign up). 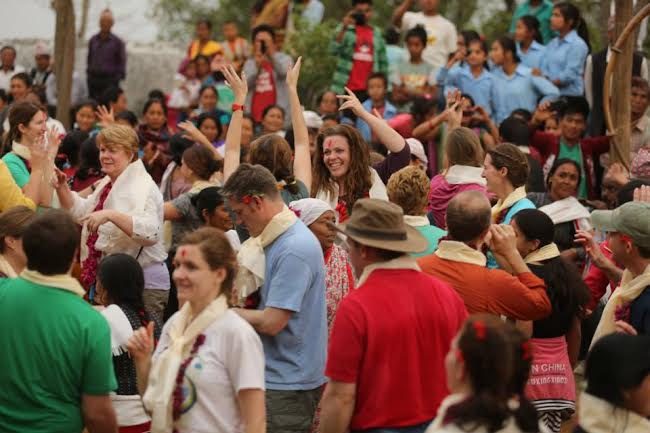 Meeting people is hard. Well, meeting people is easy. Making real and deep connections with those people you met, is hard. Ive had my fair share of experience with single-ness (including that one time where I lived in a house with six engaged girls and I had nothing but a cardboard stand-up of Michael Jackson in the way of a significant other). Youd think the hardest part about it is feeling undesirable in some way or rejected, but I think its hard in almost a deeper way to be a person with great capacities for love and have no one to direct it towards.

There is a perception that midsingles in the church are very self-focused and in many ways self-absorbed. But if that is in any way true, it is a product of not having opportunities to turn outside of themselves because they dont have a spouse that needs their attention or a brood of children tugging at their shirts.

SHe provides a place to look outside of yourself and serve and love in ways that daily life of single young professional is largely void of. Its just good for the soul. 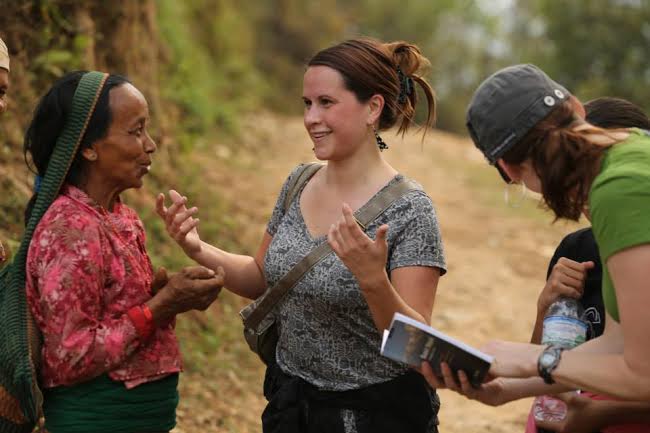 In interviewing Scott Porter, another of SHes Executive Directors, I learned that though these expeditions are aimed at single Latter-Day Saints, getting them married off is not part of the mission statement.

Scott mentioned that another perception that exists about singles in the church is that, “until youre married, you wont be a full contributor in life or in the church” and yet they are these individuals with skill sets and characteristics and abilities that are largely untapped in growing the kingdom of God.

That is something that has been particularly rewarding to him about these years with SHe (Scott was one of the minds behind organizing that original trip):

“You see all of that potential really realized and you see all of these people unlocked and unfettered. Theyre in their element, making it happen and so energized and fulfilled.

Its wonderful. There is no difference between a single person in the church and anyone else—what we all need is to be nourished by the good word, and to have a friend and a responsibility. Thats what singles need, they dont need to be treated any differently than anyone else in the church setting. Ive seen amazing contribution by singles in all sorts of capacities when they have been given the opportunity to contribute.” 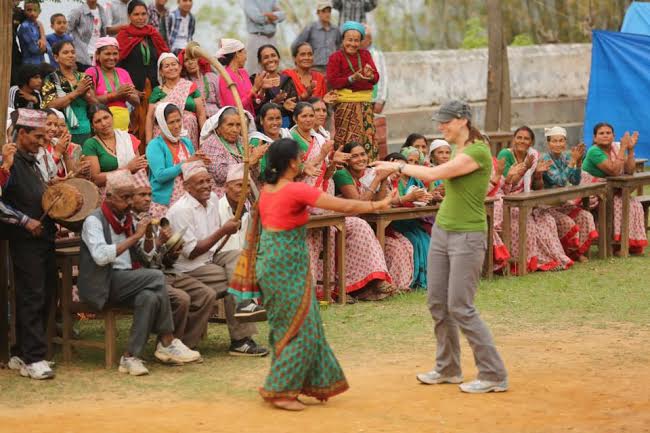 Being cut off from technology and the stresses of everyday life, being on equal footing with everyone around you (because no one has showered, remember?), and ultimately having your chief goal be to work all you can for someone else brings out your truest self. I dont know about you, but I hope that my truest self is what my future husband falls for. Also, playing a terrifying Nepali version of Rugby–where youre facing off to a bunch of buff village teenagers and you know youre most certainly going to lose–bonds you to people in ways that munch-and-mingles alone just never will.

Ultimately SHe is providing an opportunity to make a difference. I now know firsthand that the people that elect to use their money and vacation days for such an opportunity are the ones you want to get to know.

Scott Porter is currently in Guatemala and has the opportunity to finally witness the completion of one of SHes early projects. What he said about his anticipation of that experience really says all you need to know:

“In 2010, we spent the whole week leveling a playfield by hand so that they could build the foundation for a hospital. We went back the next year and put up the walls. A year later, they finished that hospital. The last two years we havent been back to that area so we have never seen that finished hospital. I cant wait to see that this week when we go because of what it represents for our entire organization—a lasting change in that villages life.

I hope that if theres anything we have accomplished, it is to cement in the lives of the people that have a joined us a greater desire to serve and to help; to use our gifts and talents to help build each other up and build the kingdom of God.” 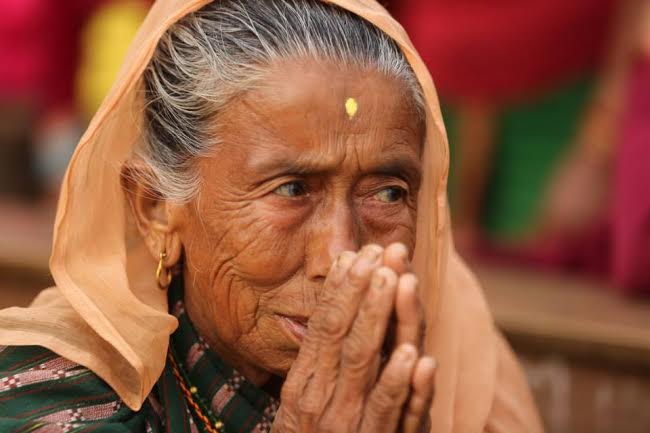 SHe then, doesnt just have the opportunity to make a difference in the communities they serve, but also in the communities of the expeditioners that cannot leave the experience unchanged. By a simple post-cruise desire to do something a little more substantive, they have started a ripple effect that has ongoing impact in places they never imagined.

To join SHe in Kenya this fall, click here.

Wonderful article telling of single people making a real contribution. One commenter mentioned Sherry Dew. I was thinking of Sharon Eubanks who is head of the LDS Church's Humanitarian Department and represents the Church all over the world.. And I am sure there are many others. I know our ward Relief Society in Illinois often had a single woman in the Presidency.

This is wonderful - a great opportunity for the right kind of service. I am a senior citizen now, but do rememeber thinking several years ago that what was really needed was a way to connect and get to know each other through service. You"ve done it! And may people in the world will benefit.