Church Releases “Translation and Historicity of the Book of Abraham” 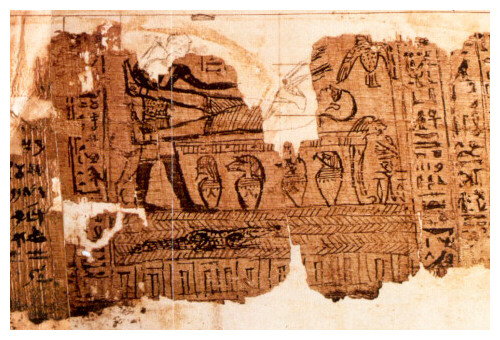 The historicity and origins of the Book of Abraham have been a favorite topic for critics of the Church. In the face of this fire, LDS scholars and others have provided information to help answer these questions.

To help in this process the Church has just published an essay called “Translation and Historicity of the Book of Abraham.” The Church explains some important doctrine we learn from this book of scripture:

“In the Bible, Gods covenant with Abraham appears to begin during Abrahams life. According to the book of Abraham, the covenant began before the foundation of the earth and was passed down through Adam, Noah, and other prophets.7 Abraham thus takes his place in a long line of prophets and patriarchs whose mission is to preserve and extend Gods covenant on earth. The heart of this covenant is the priesthood, through which “the blessings of salvation, even of life eternal” are conveyed.8

“The book of Abraham clarifies several teachings that are obscure in the Bible. Life did not begin at birth, as is commonly believed. Prior to coming to earth, individuals existed as spirits. In a vision, Abraham saw that one of the spirits was “like unto God.”9 This divine being, Jesus Christ, led other spirits in organizing the earth out of “materials” or preexisting matter, not ex nihilo or out of nothing, as many Christians later came to believe.10 Abraham further learned that mortal life was crucial to the plan of happiness God would provide for His children: “We will prove them herewith,” God stated, “to see if they will do all things whatsoever the Lord their God shall command them,” adding a promise to add glory forever upon the faithful.11 Nowhere in the Bible is the purpose and potential of earth life stated so clearly as in the book of Abraham.”

The Church also clarifies the translation process of the Book of Abraham.

“The book of Abraham was the last of Joseph Smiths translation efforts. In these inspired translations, Joseph Smith did not claim to know the ancient languages of the records he was translating. Much like the Book of Mormon, Josephs translation of the book of Abraham was recorded in the language of the King James Bible. This was the idiom of scripture familiar to early Latter-day Saints, and its use was consistent with the Lords pattern of revealing His truths “after the manner of their [His servants] language, that they might come to understanding.”18

“Some evidence suggests that Joseph studied the characters on the Egyptian papyri and attempted to learn the Egyptian language. His history reports that, in July 1835, he was “continually engaged in translating an alphabet to the Book of Abraham, and arrangeing a grammar of the Egyptian language as practiced by the ancients.”20 This “grammar,” as it was called, consisted of columns of hieroglyphic characters followed by English translations recorded in a large notebook by Josephs scribe, William W. Phelps. Another manuscript, written by Joseph Smith and Oliver Cowdery, has Egyptian characters followed by explanations.21“