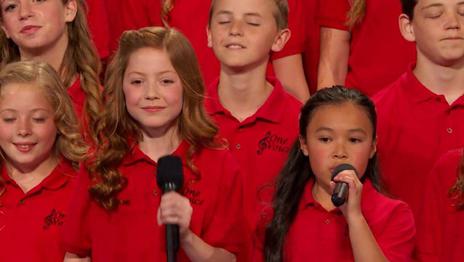 The One Voice Children’s Choir from Utah, best known for its “Let It Go” performance with Alex Boye, appeared Sunday on NBC’s “America’s Got Talent” as it auditioned to be a part of the show’s latest season.

The group that performed Sunday consisted of 100 children ages 4-17, including YouTube sensation Lexi Walker, 12. Walker was one of three soloists during the group’s performance of Ellie Goulding’s “Burn.”

Following the choir’s performance, judge Howard Stern praised the children for their talent.

“I’ve said it before, and I’ll say it again. In the singing category, we look for moments. Some people describe it as chills or the hair on their arm goes up, or something like that,” Stern said.