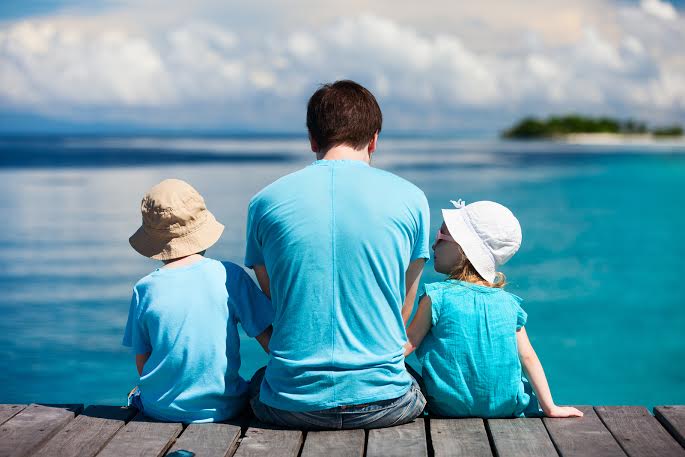 It is central to our gospel understanding that both mother and father are indispensable in a family. Neither mom nor dad can be replaced and each brings unique and essential gifts to the rearing of a child. We need each other. How could that be more obvious?

Of course, then, in a world turning upside down, scholars and writers are telling us just the opposite. Dad is dispensable. His presence has been over-rated.

In a high-profile press conference,  Jennifer Aniston, for example, stated, “Women are realizing it more and more knowing that they don’t have to settle with a man just to have that child.”

Here’s the logic: In a world where women can be a sort of “supermom” running corporations with one hand and changing diapers with the other, who needs a man?

Jane Mattes, a psychotherapist and founder and director of Single Mothers by Choice, wrote in The New York Times, “After looking for a partner for many years or not, in a few cases some have decided that they would prefer to have a child on their own rather than settle for a man who isn’t likely to be a good and loving husband or parent. We are called single mothers by choice.

“Some skeptics immediately ask: Can a child be raised well without a dad?’ We probably would all agree that a child needs at least one consistent, stable and mature parent who can be loving and is able to set limits. This could be a single mother or a single father. The real issue is not the gender of the parents or the number of parents. It’s the ability to parent.”

An ideaeven a false one–echoed again and again in a culture can become established as the way of things. A sorry new meme is created and passed around until we believe: Dad really is dispensable. Men and women are equalmeaning identicaland so the logic must follow that both are not needed in parenting. In that formula, we know who gets discarded.

Couple that with data from a new Harris poll that finds the majority of the Millennials (54%) say marriage is unnecessaryand a grim picture is painted for the future of fatherhood.

W. Bradford Wilcox, the director of the National Marriage Project at the University of Virginia, and the author of “Gender and Parenthood: Biological and Social Scientific Perspectives says that studies show quite the opposite.

He writes, “The view that men are superfluous in today’s families is dead wrong. While it is certainly true that some children raised without fathers turn out just fine (I did), on average, girls and boys are much more likely to thrive when they have the benefit of a father’s time, attention, discipline and especially affection.

“Boys are more likely to steer clear of trouble with the law when they grow up with their father in the home. One Princeton study found that boys raised apart from their fathers were two to three times more likely to end up in jail before they turned 30.

“Dads matter for daughters as well. Another study found that girls whose fathers disappeared before the girls turned 6 were about five times more likely to end up pregnant as teenagers than were their peers raised with their fathers in the home. “

Childrenespecially boyswho have a loving, involved father are far more likely to avoid the principal’s office and excel in school.

Why are fathers so necessary? Within the gospel context we know many reasons, but it is fascinating to see that academic studies affirm this. Wilcox’s argument, as reported in The Atlantic is that while there is much overlap in the way both mothers and fathers parent and engage with their children, Dad also brings gifts in four areas that are distinctive.

The Power of Play

Psychologist Ross Parke, who has conducted dozens of studies on fatherhood, asked a group of 390 mothers and fathers how they played with their children. The fathers’ style of interaction, especially for infants and toddlers, was physical play characterized by “excitement and unpredictability.” From roughhousing on a Saturday morning with a child to coaching a middle-school football team, fathers typically spend more of their time in vigorous play, while mothers are “more modulated.” According to Wilcox, “they play a uniquely physical role in teaching their sons and daughters how to handle their bodies and their emotions on and off the field.”

In child rearing, fathers are more likely to urge their children to take risks, accept challenges and be independent, while mothers are more concerned with their child’s safety and emotional well-being.

“[F]athers play a particularly important role in the development of children’s openness to the world,” writes psychologist Daniel Paquette. “[T]hey also tend to encourage children to take risks, while at the same time ensuring the latter’s safety and security, thus permitting children to learn to be braver in unfamiliar situations, as well as to stand up for themselves.” In his review of scholarly research on fatherhood, he notes that scholars generally find that dads are more likely to have their children talk to strangers, to overcome obstacles, and even to have their toddlers put out into the deep during swim lessons. The swim-lesson study, for instance, which focused on a small sample of parents teaching their kids to swim, found that “fathers tend to stand behind their children so the children face their social environment, whereas mothers tend to position themselves in front of their children, seeking to establish visual contact with the children.”

Engaged fathers play the role of protecting their children from threat, and children feel more secure because of that. Wilcox notes, “Fathers, by dint of their size, strength, or aggressive public presence, appear to be more successful in keeping predators and bad peer influences away from their sons and daughters. As psychologist Rob Palkovitz notes in our book, paternal absence has been cited by multiple scholars as the single greatest risk factor in teen pregnancy for girls.’

Mothers typically discipline their children more often than fathers, but their disciplinary style is different. Fathers tend to be firmer with their children than mothers.

Wilcox notes, “Based on their extensive clinical experience, and a longitudinal study of 17 stay-at-home fathers, Kyle Pruett and psychologist Marsha Kline Pruett agree. In Partnership Parenting they write, “Fathers tend to be more willing than mothers to confront their children and enforce discipline, leaving their children with the impression that they in fact have more authority.” By contrast, mothers are more likely to reason with their children, to be flexible in disciplinary situations, and to rely on their emotional ties to a child to encourage her to behave. In their view, mothers and fathers working together as co-parents offer a diverse yet balanced approach to discipline.”

Those children who grow up with a high-quality relationship with their father, measured by their own assessment of his warmth, communication skill, and overall relationship quality are measurably less likely to engage in delinquent behavior, experience teenage pregnancy or become depressed.

What this means is not only do children need fathers, but they need good fathers who spend the time and love to connect with them. Absent that, a child pays.

If you are a single mother and your children are absent this kind of father, find a father figure to help them.

If you are one of those great fathers who engage with his children in loving, warm, positive ways, thank you from us all on Father’s Day. You touch not only those in your family but those of us beyond in the larger world. An entire society of those parented by loving fathers and mothers would be a different and happier place.

4 reasons list only scratches the surface of why Fathers are so needed for kids to grow up well. Especially in our disconnected society. precisely because they are so necessary is the adversary using clever lies to lessen their rights to their children and their own views of the importance of their role in their child's life. We need to fight back.

I want to thank you for this article. I was looking for a way to honor my sons and sons-in-law who are all very good fathers. I sent this on because it does emphasize the good they are doing in their own families. If all men could realize their worth and rise to the occasion, the world could not doubt their worth. Naomi Riding