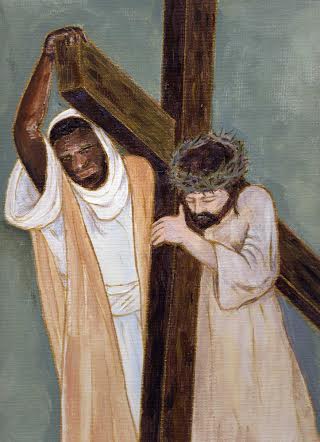 One of the Savior’s most influential teachings is that the “greatest among you shall be your servant” (Matthew 23:11). Practicing what he preached, Jesus reached out to the poor, the needy, and the sick. With tenderness and compassion he performed acts of healing and comfort. Many people try to follow this example, but sometimes overlook that Jesus also accepted, and even asked for, help from others.

Although Jesus lived his life, and gave it, for the benefit of others, we mustn’t get the idea that following him demands that we always be the giver, and not the receiver, of service. There are many instances of Jesus asking for help and/or gratefully receiving it when it was offered. While in Gethsemane he asked the Father to deliver him from his suffering if possible. Although he willingly suffered the punishment for humanity’s sins, he did not turn away the angel that was sent to comfort him. 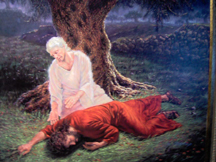 The exhausted Lord accepted Simon’s help with carrying the cross. The donkey he rode into Jerusalem was borrowed. When he fed the five thousand, it was with loaves and fishes offered by a small boy. Christ lovingly allowed the penitent woman to anoint his head and wash his feet in her tears. There are many more such examples. Accepting help from others was not in any way a display of weakness on Jesus’ part. He understood that allowing others to serve him provided an opportunity for them both to express love and build a relationship, just as it did when he served them. 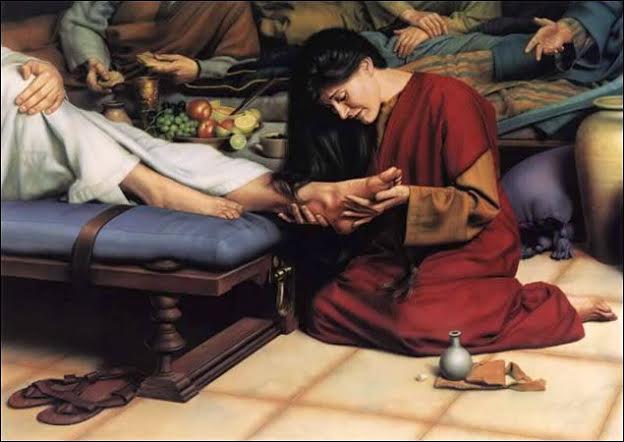 “we all know that it is more blessed to give than to receive,’ but I wonder if sometimes we disregard or even disparage the importance of being a good receiver…Sometimes people even get to the point where they can’t receive a gift or, for that matter, even a compliment without embarrassment or feelings of indebtedness…

“Every gift that is offered to us-especially a gift that comes from the heart-is an opportunity to build or strengthen a bond of love. When we are good and grateful receivers, we open a door to deepen our relationship with the giver of the gift…Have we received these gifts with humble gratitude, with joy? Or do we reject them out of pride or a false sense of independence?” (Christmas Devotional 2012, “The Good and Grateful Receiver”).

Far too often our own relationships are damaged by our “pride [and] false sense of independence.” In my therapy practice I’ve seen marriages rocked to the core because couples waited too long to ask for help. I’ve seen unnecessary rifts caused when family members won’t allow each other to show love through service or to express praise and gratitude.

Some say that they don’t ask for help because they “don’t want to be a burden.” In doing so they prevent an opportunity for others to “bear one another’s burden’s, that they may be made light… to mourn with those that mourn…and comfort those that stand in need of comfort” (Mosiah 18:8-9). They also end up without support and aide that can remove, or at least alleviate, their suffering. 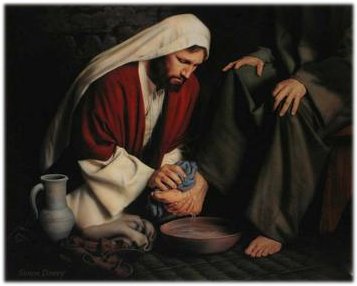 In following Christ, let’s remember his example, not just in helping others, but in asking for and accepting help from others. Let’s remember that he displayed humble gratitude, not prideful rejection. His story has resonated through the ages because he knew how to build loving relationships through giving, and just as importantly receiving, service and kindness.

Jonathan Decker is a licensed marriage and family therapist providing face-to-face counseling as well as online webcam sessions. Jonathan is the co-host of The KJZZ Movie Show on KJZZ-TV in Utah. His book, 250 Great Movies for Latter-day Families is now available to purchase from Cedar Fort Publishing. He reviews Hollywood films from a Latter-day Saint perspective at www.mormonmovieguy.com He is married with four children.