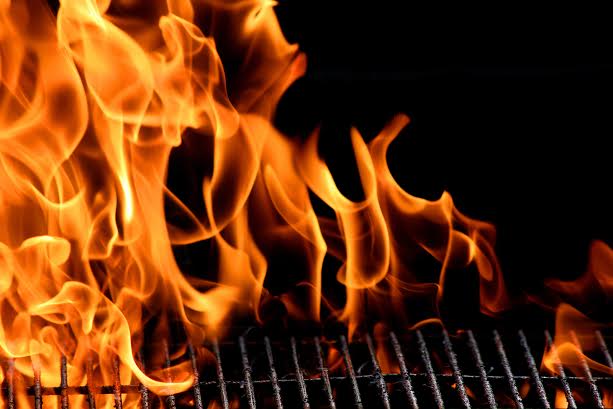 It was Mother’s Day, and I was excited to invite my mother out for dinner. We always enjoy having her come, but this was going to be an especially great dinner because I had just purchased a new gas grill. I could hardly wait to show her, along with the rest of my family, how well I could cook in the outdoors.

I had been a scoutmaster for many years, and had become a professional in the art of cooking over a fire. Not that it requires great skill with 18 boy scouts, as they will pretty much each bark if you fry it and put ketchup on top. But I prided myself on the many hours of outdoor cooking experience I had, and the many recipes I had grown proficient in cooking over an open flame.

I had never used a gas grill, but I knew it couldn’t be much different than a campfire, except, perhaps, a thousand times easier. After all, the temperature could be controlled with the turn of a knob. On a campfire, the heat is controlled by careful placement of wood so as not to get it too hot. I had mastered this as well as it could be mastered, and I was excited to turn those skills to a gas grill.

I was determined to make it a meal my family would always remember. I started preparations the day before. I bought some of the leanest cuts of steak and marinated them overnight. Though they cost half our week’s grocery budget, I figured that, for this historic occasion, it would be worth it.

When the day arrived, I cut potatoes into wedges and brushed them with oil and a slight bit of garlic salt. I sliced onions, tomatoes, peppers, and other vegetables to fry. Once I had everything ready, I prepared to light the grill.

It was one of those fancy kinds where you just push the button and it fires up. I turned on the gas and hit the button, but nothing happened. I punched the button about 50 times like I was trying to surf to a channel that would lite, but all to no avail. I checked the wire and found that when I had put the rest of the grill together, I had missed connecting the wire to the sparker.

I climbed under the grill to rectify my error. It was an easy fix, and I soon had it connected. I stood up in front of the grill and hit the button. Since the gas had been on the whole time I had been working on the switch, a ball of fire shaped like a micro atomic bomb shot out of the grill, and evaporated my eyebrows and helped my already receding hair line recede further.

Undaunted, I entered the house to retrieve the food I had prepared. When my wife saw my changed appearance, she kindly asked if I wouldn’t prefer she cook everything on the stove.

I laughed. “Are you kidding? This is going to be great!”

The wind kept blowing the flame all over the place, so I closed the lid. I realized I had forgotten the long fork and tongs I had purchased to use with the grill, so I went inside to retrieve them. Unaware that my smallest daughters had decided my new grilling tools were toys for their sandbox, I hunted for them in vain for quite some time. Finally, in desperation, I grabbed a regular fork and a spatula, and headed back outside.

The smell that filled the air around the grill was something akin to a possum caught in a forest fire. Even the dog was laying on the ground covering his nose. I opened the lid and it released a large burst of billowing black smoke.

As we sat down to eat, one of my small children complained. “Daddy, I don’t want to eat the black part!”

I told them they could eat what they were served or they could go without dessert.

“Did you make the dessert on the grill, too?” one of my teenage daughters asked. “If so, I would probably be good with not having any.”

Everyone else laughed at her unfunny joke, but I held firm.

However, when we cut into the first steak, as black as it was on the outside, it was red enough on the inside to still moo. Defeated, I scraped off what charcoal I could and stuck them all in the oven. I helped my wife fix up some more potatoes, and we loaded them in the oven as well.

Finally, an hour or so later, we again sat down to some semblance of a meal. When we finished, and my mother was on her way home, she summed up everyone’s feelings quite succinctly.

“Well, when you get that grill figured out, feel free to invite me back for dinner.”

My scouts were the same about frying and ketchup! I can totally relate to your experiences with a gas grill. Give me wood and charcoal every time.