Irreplaceable Mothers: The Power of Moms Who Know Their Roles | Meridian Magazine

Irreplaceable Mothers: The Power of Moms Who Know Their Roles 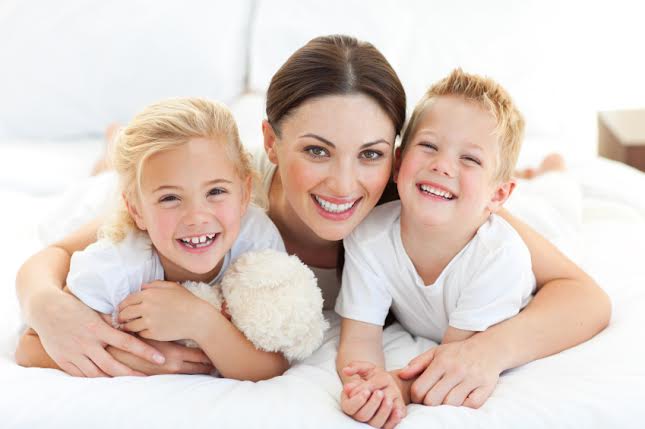 They were ‘right on’ and their proof was compelling. The main message of the show was that each person in a family is irreplaceable and the institution of the family cannot be replaced by government or a substituted version of the family either. I highly recommend seeing this documentary if it shows again or when it comes out on DVD.

After the movie my father said to me, “I hope I did okay in my role as a father. I was gone a lot with my multiple jobs to ‘make ends meet’ for the family that I missed a lot of things.” I assured him that even though he wasn’t there physically all the time, we all felt his love and presence in our lives and we all learned to work hard from his example. The messages about the importance of fathers really had an impact on the men in the movie theater.

The women were equally touched and inspired to live their roles better and to examine their daily actions to see if they are having the impact on their families that they want to have as well. One woman who was interviewed on the movie from prison said that she used to allow men to use her sexually because that was what she thought her role was. But, after some time in prison she had turned her life over to God and found greater purpose which has encouraged her to fulfill her God-given role instead.

The Role of Mother

If you ask anyone, especially on Mother’s Day, what the role of mother is they will give answers like: caretaker, nurturer, guardian, protector, teacher, parent, etc. Historically speaking, the role of mother is probably the most noticeable and regarded, but it is probably the least understood. We can all list the things mothers are and the things they do, but we don’t often acknowledge the power they have.

To understand mothers is to understand their power. Some people think that women are only powerful if they become less like women and more like men. Many women would abandon their God-given gifts, their divine natures, and their innate qualities which control and inspire the world such as their moral authority and influence, their compassion, understanding natures, connective qualities, and abilities to relate to and teach all in their spheres of influence in the pursuit of the qualities and characteristics of manhood. The notion that womanhood is only completely realized when women are exactly like men is a false notion that would destroy the most powerful force of teachers on the planet, mothers.

Poet William Ross Wallace described each mother’s influence on family, society and government with his often quoted poem, The Hand That Rocks the World.

The Hand That Rocks the World

Blessings on the hand of women!
Angels guard its strength and grace,
In the palace, cottage, hovel,
Oh, no matter where the place;
Would that never storms assailed it,
Rainbows ever gently curled;
For the hand that rocks the cradle
Is the hand that rules the world.

Infancy’s the tender fountain,
Power may with beauty flow,
Mother’s first to guide the streamlets,
From them souls unresting grow-
Grow on for the good or evil,
Sunshine streamed or evil hurled;
For the hand that rocks the cradle
Is the hand that rules the world.

Woman, how divine your mission
Here upon our natal sod!
Keep, oh, keep the young heart open
Always to the breath of God!
All true trophies of the ages
Are from mother-love impearled;
For the hand that rocks the cradle
Is the hand that rules the world.

Blessings on the hand of women!
Fathers, sons, and daughters cry,
And the sacred song is mingled
With the worship in the sky-
Mingles where no tempest darkens,
Rainbows evermore are hurled;
For the hand that rocks the cradle
Is the hand that rules the world.

Mothers are so powerful that the lack of their presence or love can devastatingly alter the life of a child. Children who don’t have mothers present in their lives often struggle morally, socially, and spiritually. Mothers are the first doctors, the first therapists, the first teachers, the first dieticians, and the first ministers. And, because they are the first instructors on every subject they are also the foundation for comparison of all data that will be learned after the child leaves her care.

At the end of the movie, Irreplaceable, the director of the show talked about what families can do to help support and strengthen families around the world. The answer was simple really. Each person in the family needs to recognize the power that comes from living their roles and start living them better. They gave families hope and a vision of what families are capable of being no matter the troubles they face. They made it really clear that since families now days aren’t perfect they need to start fixing relationships by taking their roles seriously.

This Mother’s Day don’t forget to honor your mother for her role and her power. And, if you are a mother, magnify your power like never before. Not in the feminist, battle of the sexes, way that is so common now days to assert power, but in the way God made you powerful.

Reach out with love, compassion, joy, and wisdom to all you see on your special holiday. Each mother is a mother of the year if they want to be. The mother of the year award isn’t really something that is given to a mother. It is something she focuses on becoming each minute of the day. She knows that she is the mother who will change the year and the world for the better, and she takes action in the only way a mother can. Mothers are irreplaceable. Families are irreplaceable. And, the more mothers we have who know that, the more social, familial and political ills we will correct.

Changing the family and strengthening the roles starts with each of us. We must learn self-government. Start learning to govern yourself and teach your family self-government here.

I love the article! My only concern is the quote "Whether mothers use their power to create good, moral children and citizens, or whether they use their power to create selfish, morally corrupt people who will fill our prisons, it is indisputable that mothers are powerful." Children still have their free agency! this quote implies that if my child falls, makes poor choices or goes to prison it is "MOM's" fault. Whether you are a good mother or a bad mother, teach good values and morals or not children still have thier free agency to choose good lives or evil lives. It doesn't mean the mother did it right or wrong!