Proceedings of the 184th Annual General Conference of The Church of Jesus Christ of Latter-day Saints will unfold from the Conference Center in Salt Lake City, Utah, on Saturday and Sunday, 5-6 April 2014. While more than 100,000 individuals are anticipated in the live audience in the Conference Center, millions will view or listen to the five scheduled conference sessions in 95 languages via television, radio, satellite and Internet broadcasts. 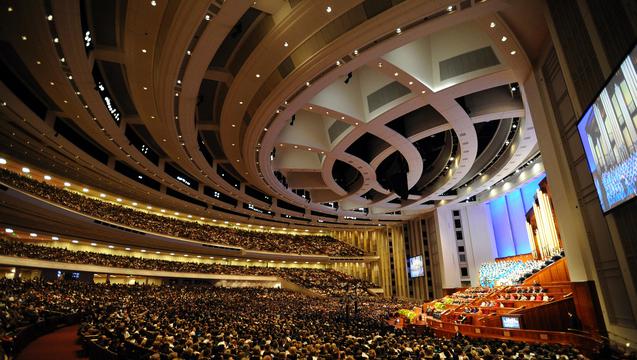 Messages of Hope and Peace

At the opening of a past general conference, President Thomas S. Monson said: “Those who will address us have sought heaven’s help and direction as they have prepared their messages. They have been impressed concerning that which they will share with us.” 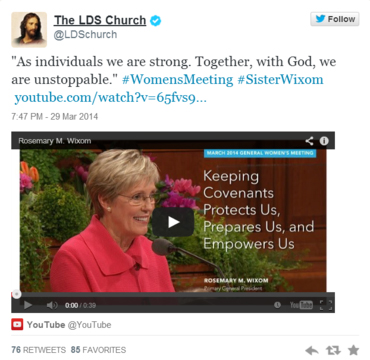 In a recent post on the Mormon Newsroom Facebook page, members of the Church from across the globe shared what general conference means to them.

Fia Memea from Laie, Hawaii, compared general conference to a story in the Book of Mormon where people gathered to listen to a prophet. “They changed their lives for the better. I hope to do the same.”

Mayclaire Maghanoy from General Santos, Philippines, explained that general conference is like “food to my hungry soul.”

“It means days of edification and days of feeling the Holy Ghost,” said Sharon Nihipali-Larson, a member from Vancouver, Washington.

Zachary Wheeler from Houston, Texas, added that he enjoys “learning the will of the Lord and then trying to implement it in my life.”

The general conference YouTube channels stream live and archive the conference proceedings in Spanish, English and Portuguese. This provides access on a platform that many people are familiar with and can easily access on a number of devices. 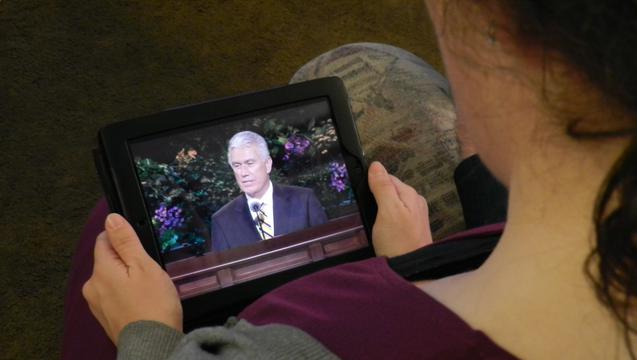 Many also hear and participate in sharing general conference through social media. A flood of tweets with the #ldsconf hashtag are posted on Twitter during each of the five sessions, which includes the priesthood session on Saturday evening. During the weekend, general conference is one of the most discussed topics on Twitter in the U.S. and sometimes worldwide during a given period. Last October, 155,000 tweets related to general conference were posted.

Through its official social media channels, the Church will immediately post messages live from the conference in multiple languages, and it encourages others to share those messages (archived here). During general conference in October 2013, many additional viewers watched or listened to the messages after seeing a post about it on social media. Due to that success, live posts will be expanded and will include Spanish and Portuguese.

Tickets are required to enter the Conference Center, where attendees will pass through a security check. Cameras, recording devices, weapons, food, backpacks, packages and large bags will not be allowed. A standby line for those without tickets will begin at the north gate of Temple Square.

Parking options in downtown Salt Lake City are limited. Conference attendees are invited to carpool or use public transportation to relieve local traffic congestion. Those driving are strongly encouraged to allow extra time for travel, locating a parking spot and being seated in the Conference Center. Public parking is not available at the Conference Center parking lot.

Conference attendees should avoid parking in front of homes or downtown residential areas. Cars parked on neighborhood streets may be ticketed or towed at the owner’s expense. Disability parking is located at the northwest corner of West Temple and North Temple, but it is limited and available on a first-come, first-served basis.

Conference coverage, including photos, will be published throughout the weekend onMormonNewsroom.org. Additional information will also be posted on the Mormon Newsroom blog. Journalists, bloggers and others can retrieve this material by going to those sites or following them on Facebook, Twitter or Google+ or by subscribing via email.