United Faiths At The United Nations

Sign up to receive email updates by clicking here. 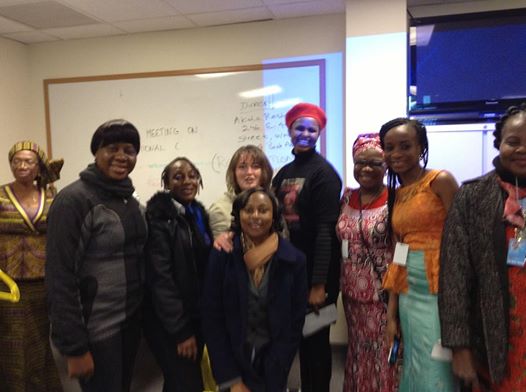 Do you know what is really happening at the United Nations? I thought I had a pretty good idea. After being asked to speak at the United Nations a year or so ago I started looking into the documents which are debated and signed and the key organizations who support certain positions. At one point, my learning became a bit frightening.

It is no secret that boundaries are being crossed and topics are being legislated at the United Nations that are not the proper role of national government let alone international government. “The family” a term we are very used to hearing is not a term that many organizations and world leaders favor now days. They think the term is too limiting. Many of these groups also don’t like the term “motherhood,” as they see it as degrading to women.

The family is being attacked and motherhood is disregarded. This reminds me of a quote by Napoleon prior to the French Revolution. He said, “the great want of France was mothers.” Samuel Smiles added to Bonaparte’s thoughts that, “When the great national outbreak occurred…morals, religion, virtue, were swamped by sensualism. The character of women had become depraved…maternity was held in reproach…family and home were alike corrupted…Domestic purity no longer bound society together…France was motherless, the children broke loose, and the revolution burst forth, ‘amidst the yells and fierce violence of women.”

The family and motherhood are only a couple of the topics being discussed year after year at the Convention on Population and Development as well as the Convention of the Status of Women (which is one of the best attended U.N. Conferences) Other topics, relate to abortion vs life, child rights vs parent rights, climate change, comprehensive sexual educational programs for children, etc.

After months of study, I knew what language I supported and that the groups against the family seemed to out-number the groups at the conferences who support the family as the fundamental unit of society. After my first day at the United Nations, I was pleasantly surprised.

Fighting For A Heavenly Cause

For years now, many great people have traveled to the United Nations to impact positive change; people like Richard Wilkins, Austen Ruse, and Susan Roylance. These, and other, great pro-family pioneers started productive conversations about the importance of life, the family and motherhood which we are still benefiting from.

Currently, there are multiple organizations that are following in the footsteps of these great pioneers. In fact, there were more pro-family organizations attending the CSW conference than I realized existed! This was exciting for me.

And, what was even more exciting to me was who was running these organizations. Religious people! So many faithful people from all over the world, Islamic, Catholic, Christian, Mormon and Jew are all working side by side to spread love and brotherhood/sisterhood as well as influence world leaders to support the most holy of organizations, the family.

The first day in New York, we were invited by C-FAM, a Catholic family action group to a pro-family training meeting. At this meeting I introduced myself to a few people. One man said, “Where are you from?”

Then he exclaimed, “Oh, well then you are on our side!”

When I asked him who he was and what his side was, he explained that he was a Catholic college student and knew that Mormons were allies with the Catholics to promote family as the fundamental unit of society. I could not have had a greater compliment. I loved that just knowing I was a Mormon meant that I was pro-family, pro-life, and pro-motherhood.

For many days there are classes from each of the NGO groups who attend the conference. I was there on behalf of The Worldwide Organization For Women, United Families International, and Family Watch International. All three of these organizations are actively promoting strengthening families in local and national government as well as the United Nations. The class I presented was called “Cultural Parenting Revolution” which was designed to help parents see which methods of parenting damages relationships and which parenting style leads to secure family relationships as well as promotes self-government for the whole family.

The room was packed. There were people standing in every open place and watching from the hall. Following the class, people of all nationalities, religions and even differing views on the family told me how happy they were to hear the presentation. One Islamic woman said, “Thank you! This will help me. This must be why I came here. Many people say they are going to help the family here, but no one really tells us how we can fix the problems at home and strengthen the family.”

One ambassador said that he knew the family was the basic unit of society and needed to be fixed but didn’t have the answers for how to fix the family problems. He was happy to meet me and hear about the parenting message I gave. You can hear the message by following the link below.

Each year at the conferences they try to create a document that further clarifies their plan of action as a group of nations. These documents talk about everything from availability of jobs for women to education of children.

Some of the dangerous terms that the pro-family groups watch for in these documents are: sexual orientation, gender identity, transgender women and sex workers, unsafe abortions, contraception services, discriminatory social norms…etc.

What the pro-family groups do is watch for these words and then alert ambassadors to the social ramifications of using language like this in a legal document, and whether the language has already been “agreed upon” or not.

If the language has not been “agreed upon” previously, it is supposed to be agreed upon before being approved in a new document.

The fight over wording in the documents is intense. People line the halls of the United Nations waiting to show support for certain kinds of language.

This year, the pro-family groups of all religions showed great support for the family, motherhood and sovereignty.


As a side note, I ended up at a meeting held by a group of feminist women, who were so angry that the document contained the word sovereignty so many times. They were hoping to get the term removed. They did not want the states (countries) to be able to have sovereignty on the family issues discussed.

At the conference, a new idea came up for a development goal. The idea presented by four different states was that “the family” be a permanent area of focus for the upcoming years. This development goal idea was encouraging to me, but I must admit, I was surprised that no one at the United Nations had thought of deliberately supporting the family like this on paper before.

It is my hope that next year at the CSW conference that the ambassadors will adopt “the family” as one of the new development goals. It would be a wonderful step toward strengthening families all over the world.

Here is a copy of the class I gave at the United Nations. “Cultural Parenting Revolution“

Thank-you for speaking up for families and for our rights.

Thank you for standing up for the family at the UN!