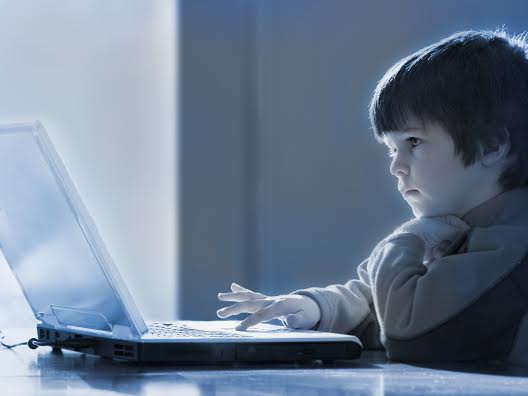 Abe Lincoln said it best, “What is morally wrong cannot be politically correct.” The home, historically considered a safe haven, is now the very place where the sex industry is grooming our youth.  The invasion of graphic, hard-core online pornography has been called the “largest unregulated social experiment in human history”  and one of the “greatest current threats to children, families and nations “; no one is immune.

To make matters worse, extreme Internet pornography has become mainstream. The explosion of users and pornography sites has challenged the profit-making model of mainstream pornographers, and as author Gail Dines explains in her most recent book “Pornland”, “to differentiate their products in a glutted market, producers have created niche products-like teen sex, torture porn and gonzo-in order to entice a generation of desensitized users… images today have become so extreme that what used to be considered hard-core is now mainstream pornography and acts that are now commonplace in much of online pornography were almost nonexistent a decade ago.” To illustrate this point I recently did a simple Google search on the word “bestiality” which generated 3.4 million returns!

The key culprit is the inexcusable fact that the federal obscenity statutes have not been aggressively enforced since the advent of the Internet in the mid nineties. And due to the mainstreaming of hard-core material, the majority of Americans don’t even know that it is prosecutable. Hence, the 13 billion dollar Internet porn industry continues to thrive, remaining virtually unchecked. In fact, under the Obama administration, the division of the Department of Justice that prosecutes the federal obscenity laws has been effectively dismantled.  Additionally, the Child Online Protection Act (COPA) passed by a  bi-partisan Congress in 1998 which required commercial pornographers to implement adult verification methods as a “brown cyber-wrapper” to keep minor kids from viewing pornography, was struck down by the U.S. Supreme Court in 2009.

As a result, every child with unrestricted Internet access is just one click away from viewing this material and children are getting exposed at younger ages.  The negative impact on youth drinking from the fire hose of all types of pornography freely, easily and anonymously accessible through an unfiltered Internet connection, is staggering. And with pornography’s ties to child sexual abuse, violence against women and human trafficking as reported in the Witherspoon report, “The Social Cost of Pornography” , this is a hidden public health hazard we cannot ignore.

Numerous peer-reviewed research studies have been conducted and disseminated showing the indisputable harm of pornography on children and teens. (We have aggregated studies and research at the following link.  Click Here.) Consider the following from recent studies and surveys:

36% of the Internet industry is hard-core pornography. (businessinsider.com)

When a child is exposed to pornography, their underdeveloped brain becomes psycho-pharmacologically altered. (The Psychopharmacology of Pictorial Pornography Restructuring Brain, Mind & Memory & Subverting Freedom of Speech; Judith A. Reisman, Ph.D. The Institute for Media Education.)

A study in the southeastern U.S. found that 53% of boys and 28 percent of girls (ages 12-15) reported use of sexually explicit pornography. The Internet was the most popular forum for viewing. (Brown, J. & L’Engle, K. 2009, Communications Research, X-Rated: Sexual attitudes and behaviors associated with U.S. early adolescents’ exposure to sexually explicit media.)

Youth who look at violent x-rated material are six times more likely to report forcing someone to do something sexual online or in-person versus youth not exposed to x-rated material. (Internet Solutions for Kids, Center for Disease & Control, November, 2010)

According to UK statistics released earlier this year, pornography and depictions of sexuality turned more than 4,500 British children – some of them as young as five into sexual offenders between 2009-2012. (LifeSiteNews.com )

I interviewed 12 teenage girls and boys as we were making our Internet Safety 101 DVD series. The kids that we worked with have told us: “even if you are not looking for it, it will find you”.  They told me stories about how they were lured into viewing pornography, their addictions to Internet pornography and the devastating impact pornography had on their relationships, body image and sexual health.

Protecting our children online and offline from sexual exploitation should be at the top of our list of national priorities.

Implementing preventative safety measures should be as automatic to every parent, guardian and educator as using a car safety seat. Unfortunately, since parents are often overwhelmed, ill-informed or ill-equipped about the nature of online dangers and the safety resources available, it often takes a tragedy to wake up a family or a community. What will it take to wake up a nation?


When foreign terrorists attacked the World Trade Center, our nation sprang to action. We declared a war on terrorism.  In the face of economic and environmental devastation in the Gulf, our nation engaged financially, and through creative entrepreneurialism and with volunteers from across the country.

Just as threatening to our homeland security is the victimization our children face everyday when unscrupulous pornographers and predators prey on their innocence. Aren’t our children our most precious and valuable national resource and the future of our nation?  Aren’t our own children worth fighting for? Isn’t protecting their innocence as important as engaging in freedom efforts abroad?

The U.S. Supreme Court has said that Congress has a compelling interest to protect our children, so why aren’t we fighting to preserve our children’s innocence with the vigor and dollars we use to fight oppression, environmental havoc and terrorist threats?  It’s morally wrong not to do so. It’s time for our nation to wake up and say No more! Enough Is Enough!

Well said. I think it's important to combat the misinformation that leads us to believe that viewing pornography has few if any consequences. Thanks for doing so. One of the problems many face that are addicted is the lack of effective treatments. As much as we need to focus on keeping our children safe from pornography, we also need to effectively help those already addicted. 12-step programs work for many but seem to have a high relapse rate. Seems like a lot of the cognitive behavior-based programs, such as Power Over Pornography, work well with a lower relapse rate.