Hobby Lobby at the Supreme Court 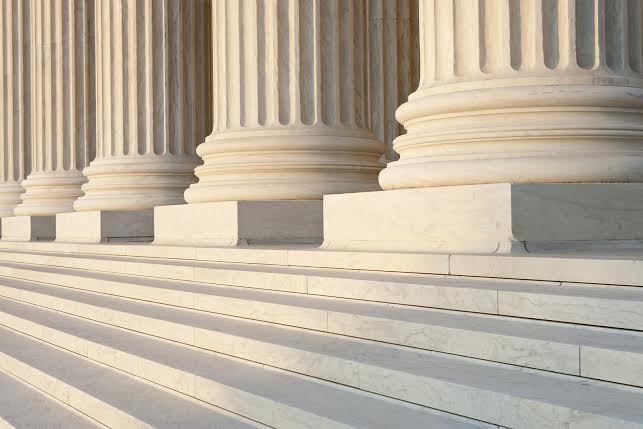 The Supreme Court decision in the Hobby Lobby religious freedom case is important for many reasons; I’ll just cite a couple. First, the precedent set in the law because of the decision will either strengthen or weaken the ability of business owners to run their business according to their consciences (religious or otherwise).

Second, and related to the first, is the signal the Supreme Court’s decision will send to lower courts about its view of religious freedom. A ruling in favor of Hobby Lobby and religious freedom could stem the recent tide of state-level decisions against religious freedom, in which small business owners face fines or even jail time for declining to participate in same-sex marriage ceremonies based on the First Amendment rights to the free exercise of religious freedom and freedom of speech.

Opponents of Hobby Lobby’s position argue that, as a corporation, Hobby Lobby is not entitled to the same protections that individuals receive. However, the Supreme Court ruled in the Citizens United case that corporations have substantially the same rights as individuals in the eyes of the law. This makes sense. Simply because a business owner takes the necessary legal steps to form a corporation shouldn’t suddenly strip the business owner of the ability to run the business as they see fit.

Yes, all freedoms have limits, and in the early ’90s Congress passed the Religious Freedom Restoration Act (RFRA) with lots of bipartisan support to define those limits and freedoms. RFRA strengthened religious freedom by prohibiting government from unduly burdening the practice of religion without demonstrating a compelling state interest, and even then, it must do so using the least restrictive means possible.

Some would find fining Hobby Lobby an estimated $475 million per year for failing to comply with the Obamacare mandate a bit excessive.

While claiming the mandate is necessary for women’s health, the Obama administration has exempted the health-care plans of tens of millions of women from the HHS mandate – often for merely political or commercial reasons. But the government is unrelenting in enforcing this mandate against a relatively small number of family businesses that simply want to provide health care without being forced to violate their conscience under threat of heavy fines.

Hobby Lobby offers 16 of the 20 mandated contraceptives under the Affordable Care Act. The company objects to the other four. The question is who should pay for one of those four if it is what the Hobby Lobby employee wants to use as a contraceptive. It seems reasonable that the employee should find an alternative method to pay for that particular contraceptive after rejecting the other 16.

Surely, no one is forcing an individual to work at Hobby Lobby and, if that person does work at Hobby Lobby, he or she understands the Christian values in play (one of which, incidentally, compels Hobby Lobby to pay wages 80 percent higher than the federal minimum wage). In other words, the employee knows what to expect, which should help inform his or her employment decisions.

It is ironic that a corporation like CVS Pharmacy is widely applauded for making a business decision based on health to no longer sell cigarettes, but when the Hobby Lobby corporation makes a decision based on religious beliefs not to offer four of 20 mandated contraceptives, it is roundly criticized by the left. Both are corporations (run, of course, by people); both make business and moral decisions that affect employees and customers; and both should be free to do so.

David Buer is director of communications at Sutherland Institute.

Thank you for bringing more attention to this extremely important issue. I have publicly supported Hobby Lobby in this case and have received some negative feedback from others, but when you bring up the fact that people are not forced to work there, there isn't really anything left with which to fight back. We need to live what we believe.