Mormon Apostle: Believers Should Join Together to Defend Free Exercise of Faith

In a speech at BYU-Idaho Tuesday, Elder Dallin H. Oaks of the Quorum of the Twelve Apostles of The Church of Jesus Christ of Latter-day Saints suggested three things that Mormons and “all believers everywhere” can do to bolster religion’s role in society: (1) use religious references in private prayers and personal greetings, (2) publicly recognize the blessings of God and (3) contend for the free exercise of religion (see the full transcript of the address). 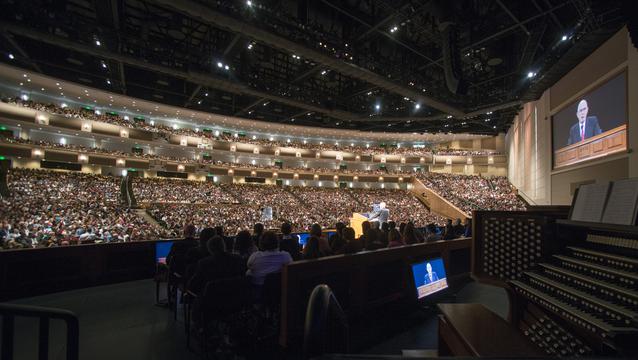 Elder Oaks, speaking at BYU-Idaho’s weekly devotional before 15,000 students and faculty, encouraged believers to pray and “ask God to help us and our neighbors and leaders recognize God our Creator and the right and wrong established by His commandments. We should do this for the good of His children everywhere.” Elder Oaks also encouraged those present to assert themselves “against the current trend to refrain from religious references even in private communications” because believers “have a duty to preserve the name and influence of God and Christ in our conversations, our lives and our culture.”

People of faith should also support public recognition of God’s blessings, Elder Oaks said. Believers in America can do this by “acknowledging the blessings of the Lord in the establishment of” the United States and speaking “truthfully of the fact that this nation was founded by persons and leaders who were predominantly Christians and who embodied the principles of their faith in the constitution, laws and culture of this nation.”

And concerning the free exercise of religion, Elder Oaks said believers can best contend for this freedom by supporting public prayer and correctly defining “free exercise” (a phrase in the First Amendment of the United States Constitution).

Elder Oaks said public prayer (such as at the beginning of legislative assemblies or council meetings) is an important symbol of a group’s common dependence on and reverence for God. “Whatever the designated pray-er’s concept of God and whatever his or her religious persuasion or language of prayer, I hope the citizens of this nation can continue to witness their belief in God by the symbol of prayer, wisely and tolerantly administered,” Elder Oaks said.

He also said people of faith should push back at the interpretation by some that “free exercise” of religion means nothing more than the “freedom of worship.” “Free exercise surely protects religious citizens in acting upon their beliefs in public policy debates and in votes cast as citizens or as lawmakers,” Elder Oaks said. 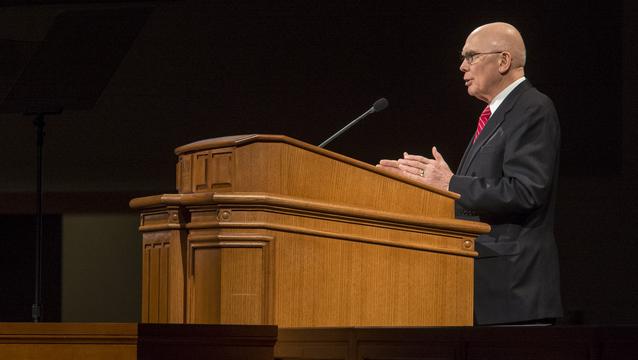 Elder Oaks concluded by encouraging all believers everywhere to be “witnesses of God” and “unite to insist upon our constitutional right to the free exercise of our religions and honor their vital roles in establishing and preserving and prospering this nation.”

Last September, the Church released several materials that promote religious freedom, including a MormonNewsroom.org topic page with videos, as well as a Support Religious Freedom Facebook page. The Church believes religious freedom is a fundamental human right that protects the conscience of all people, allowing them to think, express and act upon what they deeply believe.

Thank you for this article. My current Ward has the least expression or outward concern for religious freedom of any place I have lived. Their participation in the political process is almost non-existent. The Ward leaders are afraid that it somehow is against church rules to even talk about the constitution or encourage members from the pulpit to go vote. Maybe talks like this will help.