The following article originally appeared in the Deseret News. To view the full article, click here. 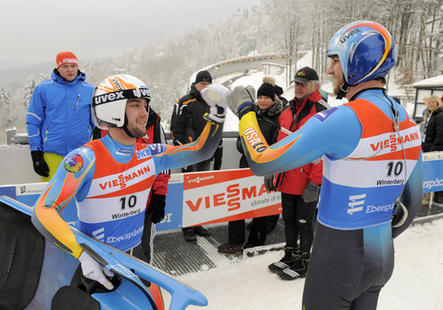 The father of three said that when he was a teen competing on luge tracks around the world, he simply stopped doing the things that would build his faith because he felt inadequate.

“I said to myself, It was too hard,’ ” said Niccum, who at 36 – and as the oldest member of the U.S. luge team – competed in his third and likely final Olympic Winter Games in Sochi, Russia, this week. He and Jayson Terdiman took 11th in the men’s double luge on Wednesday and were scheduled to race in Thursday’s team relay. “I felt like I couldn’t live up the values of being a Mormon. I believed; I believed 100 percent in God; I believed in all of the values. I just didn’t think I could do it.”

Slowly, over time, he drifted away from the habits that affirmed his upbringing in The Church of Jesus Christ of Latter-day Saints.

“I guess I was inactive,” he said. “I was born Mormon, but we all have to convert.”

Niccum eventually felt the need to return to church and, by putting in the spiritual “work” he had neglected, found the peace and direction he had been missing.

Sometimes I wish we were more like our Jewish brothers. No matter how far they drift from their Orthodox roots, they remain Jews, and most will go the extra mile in seeing that their religion/homeland are protected.