Missionary Moment: We decided to approach one more home (Brazil) 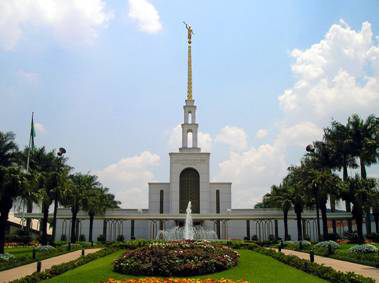 Elder Page and I were finishing up a long day of tracting in a small village north of So Paulo, Brazil.  It was August of 1985. We had selected this small village after having knelt in prayer and receiving a strong witness that this is where we should be working.  Each day we would leave our apartment and travel by bus to work in this village.  Every day we would teach three to eight first discussions and make appointments for a return visit.  We had been working this area for weeks but couldn’t get past the first discussion.  As soon as we left the home of each investigator, visitors from another nearby religious group would conduct a visit of their own to derail our efforts before the second discussion could take place.  Hence we could never get a second appointment.

It was Sunday evening and we decided that after over a month of working the village this would be the last day we would spend in the area.  We decided to try another part of the area starting the next morning.  After our church meetings, we headed out to the village.  We worked late into the evening. We were both tired and had endured another long fruitless day. We were walking back to the bus stop to catch the last bus of the day back to the city center and from there we would walk home to our apartment.  As we were walking, both of us had a strong impression that we should try just one more family, but there were only a few minutes to spare before the bus would leave town.  We had to quickly decide which home to approach.  It was a silent, cool evening as we both stood in the middle of the little street looking around, and then the quiet answer came to us both, that house, the one across the street with the porch light on.

We approached the house and stood on the sidewalk, clapped our hands (the local custom to ask entry to someone’s home) and then waited. Moments later, the door was answered by a young father, Mr. Silva.*  Mr. Silva was dressed in shorts without a shirt and at first glance seemed an unlikely candidate.  However, we were determined to follow the prompting we had felt earlier.  Mr. Silva welcomed us inside and introduced us to his wife and two young daughters. As time was short, we delivered a brief message as well as a prayer that included a blessing upon their household.  A time was also set for us to come back, and then it was off to the bus stop. Because of the strong presence of the Spirit in their home that evening, we both knew that something special had just occurred.

Something special had indeed occurred, as the coming weeks would prove.  Mr. Silva had recently lost his father with whom he was very close.  He was still mourning his passing.  On our next visit, we were inspired to discuss the Plan of Salvation and the purpose of life.  This touched the Silvas deeply and they invited us back for another visit.  The Silva family then accepted our invitation to attend church with us.  After a few more visits in their home, they were baptized.  They loved the church, the local members, and the gospel.  They remained strong and served faithfully in their assignments.

As is usually the case, transfers soon came and we moved on to other areas.  But we always remembered the Silva family, and the sweet experiences we enjoyed together in the days leading up to their conversion to the restored Gospel of our Savior Jesus Christ.

Eventually Elder Page and I fulfilled our missions and returned home to the United States, became husbands, and started families of our own.

We attempted to stay in contact with our friends in Brazil, but in time and through several moves, contact was lost. Multiple attempts were made to reestablish contact, but all were unsuccessful.

The Silva family stood firm and continued to serve faithfully in the church and in their church callings. They also decided to have another child after joining the Church. Two of the Silva children served faithful missions, one of the young daughters and their third child, a young man they named Ammon, after a Prophet in the Book of Mormon.

Fast forward 28 years to December 2013 in the United States. After serving his mission for the church, Ammon was blessed with an opportunity to study in the United States at BYU Idaho. While there, he met a nice young girl and they began dating.  Christmas 2013 was quickly approaching and the young woman was invited to visit her grandparents in Las Vegas, Nevada. The young lady broke the news that there was a special young man in her life, and that she would like them to meet him.  So Ammon was also invited.

Both Ammon and the young woman were excited to make the trip to meet her grandparents.  Ammon also knew that my last known address was somewhere in Las Vegas. Christmastime came and they both arrived in Las Vegas. It was decided that they would go to dinner with the grandparents to visit and get to know each other. The grandparents invited another family from their ward whose husband had served a mission in Brazil and spoke Portuguese.

As they sat eating, Ammon asked if any of them had possibly ever heard of an Elder Voyles who had served his mission in So Paulo, Brazil. Both families quickly responded, “Not only do we know him, he is in our ward! He lives just a couple of blocks from our home where you are staying!” I was immediately contacted and was instantly moved to near tears. Arrangements were made so that after dinner all could meet at my home for the tender reunion on December 23, 2013. It was an evening to remember. Such a tender mercy.

On Christmas Eve, my former companion in Brazil, Elder Page, was located via telephone and contact information was passed around so that all the connections were reestablished. Ammon proposed to the young woman on Christmas Day, and she accepted. It was witnessed by both the grandparents and the Silva family via computer in Brazil. 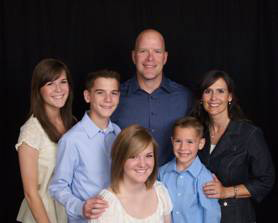 The next day, Ammon returned to our home and we contacted his family again via computer and I was able to visit face-to-face with the Silva family once again. New family members were introduced and we were able to catch up on all that had occurred in our lives over the years.  We discussed the many wonderful blessings that we had witnessed all those years ago as well as those experienced during that very special Christmas season.  How great was our joy at such a special reunion!

How sweet and precious. We need all the good things we can find these days to share and pull together. Thank you.

What a great story and how amazing that was to have a reunion so many years later. I remember have 2 such experiences after returning home from my Mission in England.