How to Have a Relationship Instead of a Reactionship | Meridian Magazine

How to Have a Relationship Instead of a Reactionship 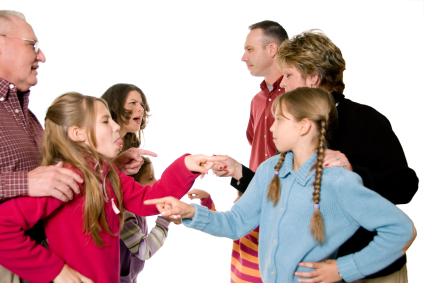 You won’t find the word “reactionship” in any dictionary, because I just made it up a short time ago. This is how it happened.

After spending some time talking about assertive communication and how to calmly, deliberately communicate with people the parents saw where they had created a habit of reacting to their children instead of helping the children free themselves from the emotional bondage that they were in at the time.

After a deliberate interaction with one youth, I was speaking with the father and daughter and I said, “Do you feel the difference? You used to have a reactionship, but now you have a relationship.”

At that point, the father looked at me and said, “You better write that one down.” So, I did.

Let’s begin with what this new word isn’t. The opposite of reactionship is relationship. A relationship is “the state of being related” (Webster’s 1828 dictionary) And relate means to respect, regard, reverence or revere someone. So, if you have a relationship with your parents or children you respect their role and hold them in high regard; even reverence. How do you respect a child? You consider their role first. The role of a youth is to learn and practice obedience. So, if you respect them you will help them find the best way to do that.

By contrast, a reactionship is the state of reacting. This means that parents spend their time reacting to what their children are doing, or emotions and power struggles that are happening, instead of relating an respecting. The two parents I mentioned above said that they didn’t dare stop the emotional throw up sessions with their youth because that was the time they connected with them the most.

The method of connection they were encouraging in their home was putting the whole family in bondage. The youth felt that emotions were required for understanding, the parents felt like they had to take emotional abuse as part of being a parent. I suggested freedom.

Freedom occurs when a person or people are self-governing. “Self-government is being able to determine the cause and effect of any situation, and possessing a knowledge of your own behaviors so that you can control them.” (Parenting A House United) So, self-government is deliberate self-mastery.

To teach another person self-mastery we need to have boundaries that we won’t cross with words, actions, or feelings. We must stay calm and require them to be calm too before we will talk to them about what they are having a problem with.

I have a phrase that I have deliberately trained myself to say when someone is emotional or out of control. “It seems to me that you want to tell me something. I would love to know what that is, but we have to choose to be calm first. Then we can talk about it.”

For a parenting situation, I would follow this statement with the rule of three.

Out of control communication is not productive. Calm communication helps everyone concerned by understood and feel confident about their thoughts.

Rule number one for me as a parent is never discuss an issue if someone is out of control. That means me or one of my children.

It is possible to stop reactionships and start having relationships. Family relationships hold all the vital teaching parents do tightly into their core values, morals and beliefs.

I know some English critics may not like me adding a new word to our vocabularies, but I feel that understanding this word can help parents breath new life and calmness into their homes and families.

To find out more about the rule of three and teaching children self-government. Visit Nicholeen’s site.