On Faith: Does Islam teach violence or peace toward Christianity?

On Faith: Does Islam teach violence or peace toward Christianity?

This article was originally published in the Washington Post blog OnFaith. To read the full article, click here. 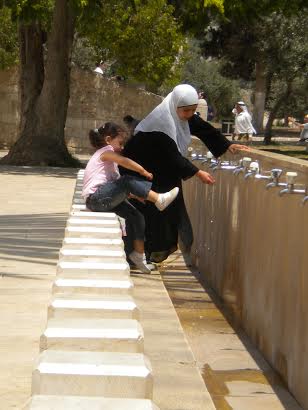 “A few months back, I opened the door of my new apartment in Amman, Jordan to find my new landlady, a mother of four and a grandmother of one, holding a plate of sliced watermelon. “Here,” she said, her headscarf pinned below her chin. “It’s hard for you to buy and carry a whole one yourself, so I cut it up for you.” Later that week, her son knocked on my door, offering a bag of purple grapes he’d picked off the family tree outside.

“My blonde hair and American heritage gave away my Christian identity, a fact that bore no special bearing on their generosity. These gifts of fruit were simple but profound signs of welcome from my Muslim neighbors.

“That same week in September, just 135 miles north of my new home, local Christians in Maaloula, Syria opened their doors to find hostility from some of their Muslim neighbors. Members of the rebel and extremist al-Nusra Front murdered at least 10 Christians, and the rest of the population fled this historically Christian town as a fierce battle between Syrian loyalist and rebel forces raged. 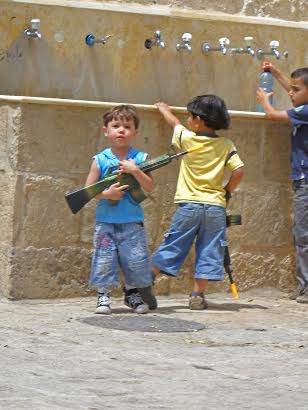 “Reading daily about Muslim-Christian relations in the Middle East while living here on a year-long research grant, I’ve been struck by the contrast between the hospitality I have received and the hostility faced by other Christians in the Middle East. My experiences of Muslims’ generosity doesn’t align with images of violence in the news. Christians and Muslims coexist quite peacefully in Jordan, but in some surrounding states the persecution of Christians is a harsh reality.

“In Syria, 12 nuns and two bishops were kidnapped, and in Egypt, in the wake of the ouster of Muhammad Morsi, some Muslims destroyed Christian churches and attacked worshippers. In Iraq, Christians have become a convenient target in the sectarian violence that has plagued the country since the United States invasion in 2003. In the last 10 years, almost a million Iraqi Christians have fled the region.

“Does Islam teach violence or peace?

“Which attitude-hospitality or hostility-is Islam’s true disposition toward Christians? What does the religion say about how to treat Christians?”

I guess muslims blowing up Jonah's tomb was peaceful? Or them telling Christians to convert, or pay a tax or die? What I see is the "religion of peace", blowing up in one's face. Pun intended!!

Muslims are generally nice people but their acts of kindness are necesarry as they are a works oriented religion. They need the scale to be piled high with good works.