Celebrating Christmas and the Holidays, Then and Now | Meridian Magazine

Celebrating Christmas and the Holidays, Then and Now

The Pew Research Religion and Public Life Project recently conducted a study on celebrations of Christmas and other winter holidays and how they are viewed in terms of religious significance vs. merely cultural tradition. To read the full study, click here. 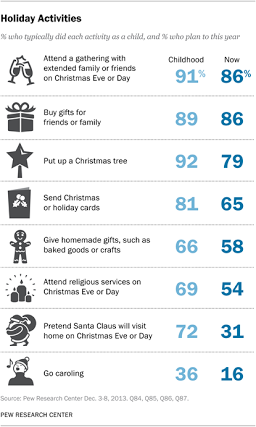 “The way Americans celebrate Christmas present is rooted in Christmases past. Fully 86% of U.S. adults say they intend to gather with family and friends on Christmas this year, and an identical number say they plan to buy gifts for friends and family. Roughly nine-in-ten adults say these activities typically were part of their holiday celebrations when they were growing up. 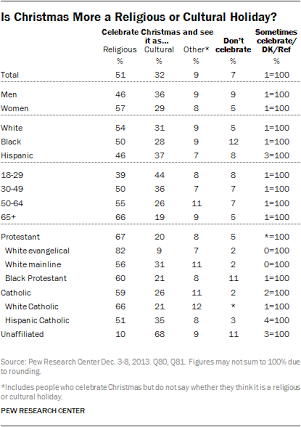 To read the full study on Pew Forum, click here.