LDS Girl in Midst of Bombing in You Came for Me 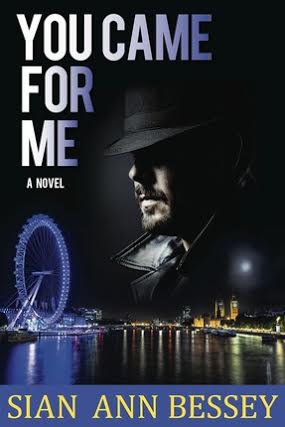 Sian Ann Bessey introduces a wish come true in You Came for Me, but it soon becomes apparent the reality isn’t as wonderful as one might imagine.

Ellie Hansen completed a mission for the Church of Jesus Christ of Latter-day Saints in London England, returned home to Idaho for a short time, and now is splurging on a vacation back to England before beginning a photo journalism internship in Utah. Through the internet, she was able to book a great deal on a room at the old, posh Windsor Hotel in London, but when she arrives there, she finds it’s under siege by hundreds of screaming teenage girls. She checks in, opts to carry her own bag, and makes a dash for the elevator. One other person makes a mad dash for the elevator as well, and Ellie finds herself sharing the small space with someone she hasn’t seen since he graduated from high school a year ahead of her back in their small Idaho town. Imagine her surprise when she discovers her old friend is a famous pop star and the reason for the teenage hysteria.

AJ Robbins is in London for the beginning of a UK concert tour. He’s thrilled to meet an old friend and ditches his body guard to play tourist with Ellie a couple of times. These forays end in disaster when AJ is recognized and mobbed by his fans. Ellie, who is basically reserved, wonders as their feelings deepen for each other if she can handle the pressures and lack of privacy of the celebrity life.

As they prepare to sneak back into the hotel’s back door to avoid the crowds at the front, a bomb explodes and Ellie instinctively reaches for her camera. The police are delighted with her photography skills, but some high placed mobsters aren’t so pleased. She soon finds herself in serious trouble and AJ is torn between her and his concert schedule.

There are some great characters in this novel. Ellie and AJ are fleshed out enough to feel real and Ellie’s reactions to the downside of being closely linked to a celebrity cause the reader to think. My favorite character, though, is Jake, the bodyguard. He’s a big, tough black man, who knows more than he perhaps should, is fiercely loyal, but never hesitates to do what he thinks is expedient.

The story begins as a light, fun romance with social overtones, then the bombing occurs and the story is suddenly an intense mystery/suspense novel. Bessey, having lived in Wales and England, fills in the small background details that make the setting come alive. This novel will appeal to a wide range of ages and interests and the suspense aspects will keep the reader staying up late turning pages.

Sian Ann Bessey was born in Cambridge, England, and grew up on the island of Anglesey off the north coast of Wales. She graduated from Brigham Young University and now lives with her husband in Rexburg, Idaho. They are the parents of five children and the grandparents of four. She has written several articles for the various Church magazines and this is her tenth novel.

YOU CAME FOR ME by Sian Ann Bessey, published by Covenant Communications, 218 pages, soft cover $14.99, also available on CD and for e-readers.