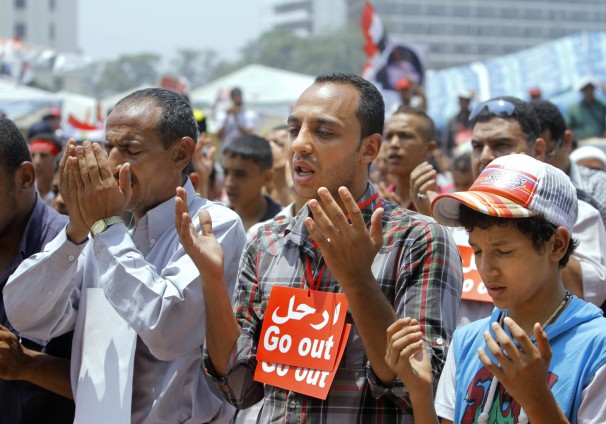 “Religious freedom is a core human right and a central tenet of American democracy. But the religious pluralism that now prevails in the United States took hundreds of years to emerge, and it is still tested by bigotry and discrimination.”

The Washington Post blog, On Faith, used Egypt as an example of a place that is still without many fundamental elements of religious freedom. America has a rich heritage and a history of devotion to the search for religious tolerance. This country was founded largely by groups that left their European homeland in search of a place where they could worship according to the dictates of their own conscience and without fear of persecution.

The year 1656 brought Quakers—the Society of Friends-to the Massachusetts Bay colony. The Puritans who already occupied the colony and had, themselves, been victims of religious intolerance would not accept this new religious influence in their midst. On October 27, 1659 (an anniversary that was marked only two days ago) Marmaduke Stephenson and William Robinson, along with several others Quakers were hanged on the Common. Their sacrifice stands as a reminder that even in the New World, a place possessing the allure of guaranteed liberty, the free practice of religion was hard won.

That event is centuries in our past, but other nations of the world and other religious groups still experience the violence and the struggle of those days.

“These facts are worth keeping in mind as violent sectarianism strikes Egypt, where the Coptic Christian minority is under siege. Most recently, two masked gunmen opened fire at a wedding party outside a Cairo church, killing four, including an eight-year old girl. There’s a dangerous tendency in the west to regard persecution of religious minorities in the Middle East as inevitable. But Egypt’s sectarian violence is a symptom of the country’s political crisis as its transition to democracy stalls.

Hostility toward Christians is not new to Egypt. But the political turmoil that began with the overthrow of President Mubarak and intensified with the military’s removal of President Morsi has led to an unprecedented wave of attacks on Christians. After the coup on July 3, Muslim Brotherhood supporters sought scapegoats among the vulnerable Copts, and the persecution increased after August 14 when the military raided Muslim Brotherhood sit-in protests, slaughtering hundreds.”

The Washington Post goes on to describe the political situation as it relates to United States policy. To read the article, click here  Though the violent sectarianism occurring in Egypt is tucked away in America’s past, religious intolerance continues in insidious ways in American culture and policy.

As a “core human right” and “central tenant of American democracy,” we would do well to carefully protect our hard won religious freedom.